The pioneer of door-to-door selling is betting on technology and a new digital team to bolster its business in hard times.

The pioneer of door-to-door selling is betting on technology and a new digital team to bolster its business in hard times.

LONDON, United Kingdom — When the concept of social selling emerged as a way for housewives to earn money by selling everything from cosmetics to homewares, you could rely on the Avon lady — consumer-entrepreneurs who sold beauty products door-to-door to other consumers — to come knocking. The first Avon lady, Persis Foster Eames Albee of Winchester, New Hampshire, sold fragrances to her friends and neighbours, before recruiting a sales force of women, coiffed and coloured in Avon products, keen to make their beauty secrets attainable to the dowdiest of housewives.

But Avon ladies have changed since those early days. Today, they’re using WhatsApp and digital brochures to sell to customers, some of whom they have never met in person. Indeed, gone are the days when sales representatives would rely on their immediate circle of family and friends. Social media platforms and other technology, such as improved credit care payment services, customer relationship management (CRM) tools and sales force automation (SFA) software, have enabled sellers to more easily maintain a far greater number of “weak ties,” significantly extending their reach.

Yet, in recent years, Avon has struggled. Sales have declined, profit margins are being squeezed and scores of employees are being let go. Part of the 132-year-old company's struggle has been connecting with today's Instagram-obsessed young consumers, who buy their makeup from specialist retailers like Sephora, big-box stores like Walmart or online. Many take their makeup cues from social media rather than door-to-door sellers. It's also facing competition from a range of beauty companies, such as Beautycounter and Glossier, which also rely on a peer-to-peer sales network but are more modern in their approach. Avon’s share of the global beauty and personal care market fell to 1.5 percent in 2017 from 1.8 percent two years earlier, according to research firm Euromonitor.

We keep a close eye on trends, but there’s no point if you don’t bring something to the market on time.

“We’re an iconic business that’s in trouble,” Avon’s chief executive Jan Zijderveld told BoF. For the Unilever veteran, who succeeded former CEO Sheri McCoy in February, the cosmetics maker’s biggest challenge has been “a real commitment from the top,” he said. “There has always been a fear of change.” Investors are losing faith. Since 2013, Avon’s stock has been constantly depreciating in value, despite that neither the $440 billion global beauty industry or direct selling businesses, currently boosted by a growing ‘gig’ economy worldwide, are in decline. Since Zijderveld took over, Avon shares have lost an additional third of their value.

But the executive is determined to turn things around. “We’re going to become a digital-first, social selling, fast-beauty brand,” he told BoF. Having recently split off Avon’s declining US business and moved its headquarters from New York to London — the shift was aimed at helping the company focus on international markets, where it sees brighter prospects for its business model, after struggling to keep pace with American women — the next step of Avon’s transformation plan is re-energising its 6 million representatives, who form a key factor of the direct-selling operator’s success.

Some critics have attributed Avon’s recent dismal earnings, where both top and bottom lines lagged estimates, to soft representatives growth. “The most important issue today is retaining our representatives, because for a number of reasons they are not happy about the experience with us [and] the lack of digital tools is one [reason]," agreed Benedetto Conversano, one of Zijderveld’s key hires, who stepped into the newly created position of chief digital and information technology officer in September. 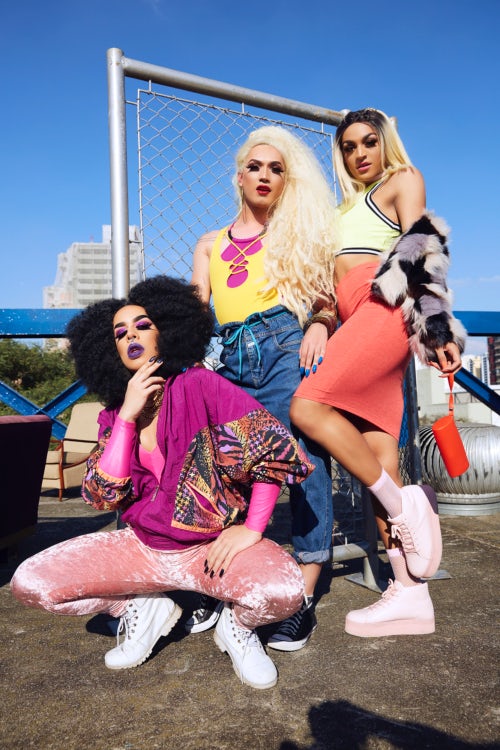 While door-to-door will continue to be how people think of Avon, the company’s biggest opportunity is online, said Conversano. Representatives across 20 countries — and soon, more — now have the option to launch a unique digital storefront on Avon’s website, where customers can shop any of brand’s products and get it delivered to their home.

Representatives are also starting to use technology to provide a better experience for customers. In October, Avon launched a personalised beauty app, which uses a colour algorithm to match makeup for varying skin tones, letting advisors give tailored personalised advice for their clients. It also recently launched a digital brochure across 12 countries that representatives can send to their clients via mobile messaging apps. (According to Avon, which currently has over 1 billion active customers, the e-brochure had 500,000 users in the first 48 hours.)

Avon has also deployed a new machine-learning model, which lets both the company and its representatives plan and react more quickly and efficiently to trends, forecast consumer demand, strategically allocate resourcing and make delivery more efficient. So far, the machine-learning model has gone live in three of Avon’s top 10 markets — the UK, Russia and Mexico — and will be rolled out in 15 geographies by early 2019, beginning with Brazil.

According to Conversano, who is focused on building up a new digital board comprised of business leaders from inside and outside the company, more developments like these are in the pipeline. “Today, as we speak, our online sales is negligible,” he said, but hoped that e-commerce sales would eventually account for 10 percent of the business. “We believe that is the minimum industry benchmark in beauty.”

Another focus of Zijderveld’s strategy is speeding up product development. Borrowing a page from the playbook of fast-fashion retailers such as Zara, which rushes new clothing styles from runway to shop floors in a matter of weeks, Avon can take a cosmetics product to market in as little as 20 weeks, down from two years. “We’re creating 300 more products in the fourth quarter this year than we did last. This is to make Avon a more on-trend, aspirational beauty brand,” he said.

“It’s a revolution the whole beauty industry is going through,” said Louise Scott, Avon’s chief scientific officer. “We keep a close eye on trends, but there’s no point if you don’t bring something to the market on time.” However, she noted that shortening innovation cycles has its challenges. “Niche brands can afford to move very quickly because they are flying below the radar of the regulatory scrutiny many of the bigger players are exposed to.” Instead of opening new factories for product development and manufacturing, Avon has turned to open innovation and collaborating with third parties.

If you’re smart, you buy Avon. Why pay 80 bucks for a fragrance when we sell it for 20?

Pricing is another area that will also see change. According to the executive, “the core price will go up a bit” but “they are still significantly lower than your typical prestige brands.” A recently launched K-beauty range is selling “for five to 10 times higher than existing skincare,” he said. “The consumer still gets a good deal and our ladies can earn a bit more money.”

But trendy products and campaigns may not be enough. For Chelsea Gross, associate director of client strategy at Gartner L2, Avon’s real challenge is further engaging top-of-funnel consumers. “The brand faces low unbranded search visibility against top colour cosmetics and skincare terms and low engagement on Instagram, both which are critical to drive credibility for beauty brands in a digital ecosystem,” she said.

Analysts at Zacks, an investment research firm, are more optimistic. “Avon has churned handsome returns in the last three months, outperforming the industry, courtesy of its progress on the transformation plans that mainly focuses on its representatives’ growth,” according to its latest report on the cosmetics maker. Avon, which last issued its earnings results on November 1, had revenue of $1.42 billion during the quarter, beating analyst estimates of $1.32 billion and up five percent on a year-over-year basis. While Zacks forecast “modest improvement” in revenue in the second half of 2018, it also said “there is a lot of work to be done to restore the business to top-line growth.”

Ultimately, Zijderveld believes that product quality will win over critics and consumers. (By not spending on advertising or retail space, everything is invested into product, he said.) “What we offer is the quality of prestige products at half the price. If you’re smart, you buy Avon. Why pay 80 bucks for a fragrance when we sell it for 20?” he said. "It’s already a very personal business. What we’re doing is adding technology. That’s our vision for the future. We’re going to be high-touch and high-tech business that’s touching people’s lives.”