China’s skin care-obsessed, tech-savvy millennials are a perfect testing ground for at-home beauty devices, but the country’s hyper-competitive market means there is no margin for error.

China’s skin care-obsessed, tech-savvy millennials are a perfect testing ground for at-home beauty devices, but the country’s hyper-competitive market means there is no margin for error.

SHANGHAI, China — It’s been a good couple of years for jade rollers, gua sha and other products with Chinese origins. Affordable beauty fads such as these have become big business — but not where you might think.

And yet, the hype surrounding these ubiquitous “old-school” tools has yet to materialise on their home turf. In China, where beauty devices are concerned, higher tech is better — or at least trendier.

“We became part of the ‘100 million yuan group,’ with $25 million in sales on Tmall over 24 hours,” Foreo’s general manager for North America Beki Hoxha tells BoF, referring to the top brands that exceeded 100 million yuan (around $14.8 million) in gross merchandise volume throughout the event. “It’s insane, having been a four-year-old brand at the time.” 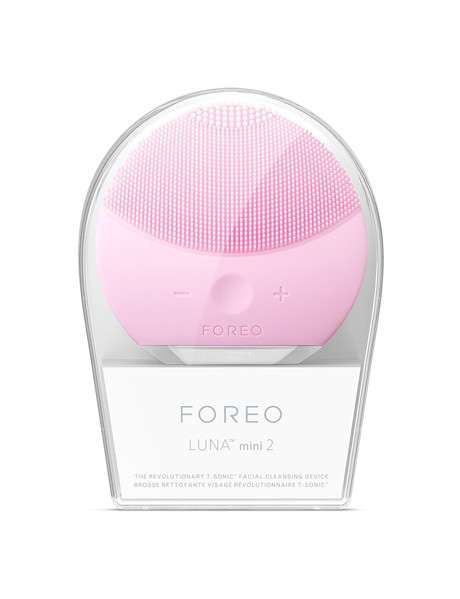 Two years after the company entered the country, China became its best-performing market. “Before 2016, 50 percent of our business happened in the US, with 25 percent in Europe, the Middle East and Africa and the rest in Asia,” says Hoxha. “After May 2016, Asia took off and became a huge part of our business. Now 60 percent of what we do goes to the Chinese [and] Asian market, the other 40 percent goes to the rest of the world.”

Why China? “For Chinese consumers, skin care is at the top, and having ‘angel skin’ is the ultimate goal,” Hoxha remarks. “In the west, we’re used to instant gratification through applying makeup, as skin care feels like a lot of money, time and work. In China, they want the latest product and are not afraid to pay the price.”

This lucrative beauty obsession is more than skin deep. “The smart beauty craze is all about the renewed attention consumers are paying to health and wellness,” China International Beauty Expo (CIBE)’s chief executive and co-chair Lin Lin tells BoF. “The focus has expanded beyond makeup into nutritional and dietary supplements and health care products, as people take a more holistic view of wellbeing.”

China's vast population, myriad online and offline distribution channels and big-spending millennials make it the perfect battleground for a beauty tech arms race, where the victors could go on to achieve global success.

And Foreo isn't the only player in the arena. With the number of global players that are crowding the beauty device market, brand loyalty is at an all-time low. Other frontrunners include NuFace’s microcurrent facial toning devices, Iluminage’s radio, LED and infrared anti-ageing tech, L’Oréal-owned Clarisonic’s cleansing brushes, Japanese Ya-Man’s radio frequency multi-purpose tool, and ReFa’s micro-current beauty rollers.

NuFace entered China in 2016 with its line of microcurrent skin toning tools, which have been clinically tested to contour, lift, and reduce wrinkles. The country is now the California-based company’s biggest Asian market. “We’ve had high triple digit growth every single year since, year-over-year,” NuFace’s chief executive Tera Peterson tells BoF. “2019 is going to be another huge growth year for us as well.”

But the at-home device category goes beyond facial tools, and high-tech hair and body offerings are also in the running to win the hearts of Chinese beautyphiles. “Health and beauty, which covers our hair care machines, purification devices, humidifier fans and heaters, accounts for half of our business in China,” notes Dyson’s design engineer Fred Howe.

The British tech giant — whose products such as the $390 Supersonic hairdryer were also among the best-selling class during Alibaba’s shopping extravaganza — is also banking on China’s beauty tech craze. For this reason, the company is taking heed of Chinese consumer preferences as early as the design stage. “China is our only market globally to have its own dedicated research lab just for local consumer insights,” Howe tells BoF.

According to Howe, Dyson’s Shanghai lab features a replica of an average Chinese home, living room, kitchen and bathroom included. Consumers are invited to test out prototypes and provide feedback on prototypes making their way through the development cycle.

Dyson isn’t alone. NuFace, whose products are sold to Chinese consumers through on and offline retailers from Joyce Beauty to Tmall, is also adopting a China-first approach.

“The Chinese consumer is more demanding as to what she wants, so it holds us to a different standard … but we love the challenge,” says Peterson, who believes that the competitive market and its sophisticated consumers helps keep her brand on its toes.

China is our only market globally to have its own dedicated research lab just for local consumer insights.

“We have plans for a custom device for China,” Peterson tells BoF. “We’ll create and customise devices for the market, including colours that our Chinese clients gravitate towards.” NuFace’s plans also include growing its recently launched China team to cultivate a loyal user base and organise pop-up events to attract new users. The team, now based in Hong Kong, is NuFace’s first in-country team outside of the US.

Foreo too is placing renewed focus on developing its products in line with Chinese tastes. “The Chinese market is a major driver of research and development for us, globally,” Hoxha remarks. “What’s coming next, because of what China is for us, is driven by the Chinese consumer and Chinese market.”

The Rise of Futuristic ‘Black Tech’

Though black tech's hyped up beauty market is filled with anti-ageing tools, such devices are appealing to China’s most talked-about consumers. Millennials are jumping on the anti-ageing bandwagon earlier than ever: according to Jing Daily, 80 percent of black tech beauty device consumers are under 35 years old, and 30 percent are under 25.

But with such high stakes, brands should take heed of the discerning consumers they’ll be catering for. Some Chinese consumers are more pragmatic than ever before in light of current economic volatility, leading to new shopping habits like perusing the likes of social e-commerce site Xiaohongshu for detailed reviews and video demonstrations in order to make informed purchases. 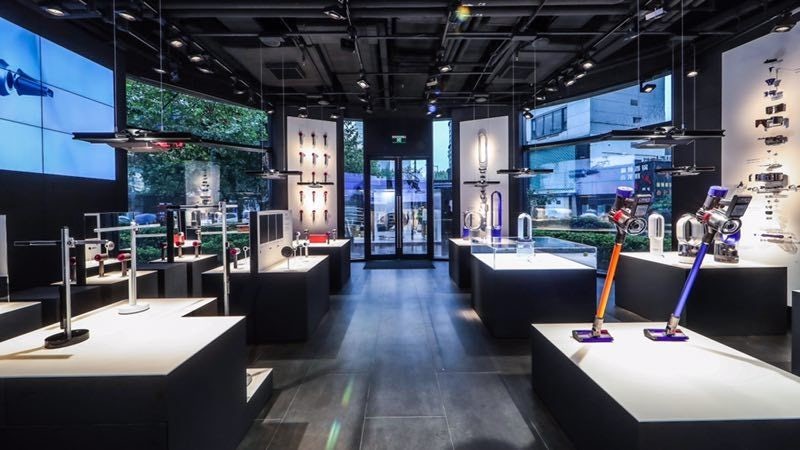 However, the launch’s virality backfired when netizens suspected the feature was sponsored — a side effect of a lack of transparency regarding paid posts on most Chinese platforms. Negative reviews and doubtful comments soon surfaced from users that were wary of the styler’s hyped-up launch. Dyson later clarified that the post wasn’t paid for, but the backlash put a damper on its product launch nonetheless.

Campaigns can do extremely well in China’s viral-friendly social media ecosystem, but missteps and bad press can easily break a brand. “You can lose consumers as fast as you get them, even faster, if you make a mistake, or release a product that doesn’t match up,” says Hoxha.

You need to design the whole experience. How do they take it out of the packaging? Does it fit in a gym bag? Does it look good in their bathroom, and is it difficult to put away?

“For high-end smart beauty devices, offline experience-focused distribution is best. Showrooms and brick-and-mortar stores can interact with consumers in a dynamic way,” Lin remarks. “It doesn’t matter how much traffic you have on Xiaohongshu, these platforms are so congested with influencer content that it’s hard to differentiate what’s real and what works.”

This explains Foreo’s strategy in China, which in addition to an online store, online and offline B2B distribution and social media marketing involves 62 physical stores. “It’s a very unique retail model that’s set up,” says Hoxha, who tells BoF that Foreo only has two standalone stores outside China, in Paris and Las Vegas. “It started as a necessity to expand distribution in a market back when there weren’t a lot of options.”

While parts of China’s beauty tech market may still be dominated by foreign brands, domestic companies are quickly getting in on the action. According to CIBE, China's domestic demand for beauty appliances has grown by an average annual rate of 11.1 percent in the past five years, and exports now have an important role to play. Lin stresses that some are worth watching.

“If you look at top five cosmetology brands on Tmall, number three is a local player named K Skin. Platforms such as Tmall not only bring foreign brands into China, but can bring domestic brands abroad.”

As brands continue to flood China’s thriving beauty tech market, only the best products will make the cut. From R&D and design to marketing and distribution, there is no single formula for success.

But Lin does have one last word of advice. “You need to design the whole experience. How do they take it out of the packaging? Does it fit in a gym bag? Does it look good in their bathroom, and is it difficult to put away? The design of the whole experience requires careful consideration. Design well.”