NEW YORK, United States — Part of the enduring Chantecaille magic is that the company, founded by Prescriptives alum Sylvie in 1997, is run by an entire gaggle of Chantecailles: Sylvie serves as president and chief executive; daughter Olivia is creative director; younger daughter Alex is the vice president of sales and promotions; son Philippe is director of media productions; and husband Olivier is the chief financial officer. The company, which began with fragrance, later expanding into cosmetics and then skincare, has remained privately held since its inception, staying true to its vision on both the product and the business sides.

How’s that working out?

Known for products like its "Future Skin" foundation and ongoing philanthropic collaborations with conservation partners like The Perfect World Foundation, Space for Giants and Sheldrick Wildlife Trust, Chantecaille doubled its sales last year, reaching $200 million, experiencing a 42 percent increase in growth in North America and a 68 percent spike globally. The brand, which sells everywhere from Holt Renfrew and Space NK to Le Bon Marché and Harrods, recently opened 100 Blue Mercury doors in the United States, as well as duty free in Korea. This May, Bergdorf Goodman will dedicate a bespoke shop-in-shop to the brand, tripling its existing footprint at the landmark New York retailer.

“I knew I was passionate about product and that I could really do something amazing,” Chantecaille says of founding her company. “I wanted something radically different — to start with flowers and to do something completely naturally, really special.” 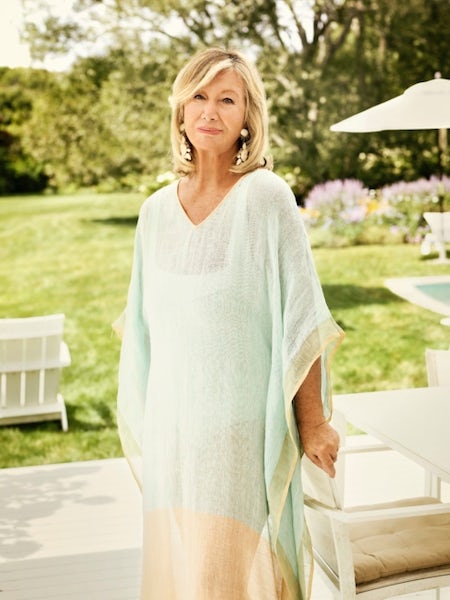 She had been introduced to the beauty industry in the early 70s, when she collaborated with her friend Diane Von Furstenberg on a cosmetics line they sold out of a dedicated beauty store on Madison Avenue. In 1979, Estée and Leonard Lauder tapped her to help bring a new brand to market, Prescriptives, where she stayed for nearly two decades, pioneering the concept of colour matching and helping to develop the blockbuster scent "Calyx" in her role as senior vice president and creative director.

“At the time,” Chantecaille says of her brand’s early days, “no one was really thinking about natural or focusing on it completely. I didn’t want anyone’s money. I thought, ‘no way. I’m doing it on my own.’ That was the hardest decision, but my best. The minute someone else is there, it’s not your own anymore. You’re no longer really controlling what’s going on, so if you want to be completely honest and completely right, you have to be on your own. It’s a lot harder, not taking anyone’s money, but it’s better. It was very worrisome because I left a high-paying job, with three kids in private school and university, but I felt, ‘I need to do this.’ And I knew it would work somehow. For a company that had no money and no advertising, we’ve come so far. We grow 30 percent every year and we always run a profit. It’s an unusual story because it’s not based on anything except really great product.”

Chantecaille credits Neiman Marcus as an early believer in the brand, and a key source of support. When the company was first launching, she recalls, “Neiman’s said, ‘Sylvie, we’ll help you; we’ll give you 40 counters right away.’ I said, ‘I don’t have enough money.’ And they said, ‘oh don’t worry, we’ll give you a check for your first order right now.’ And that was my decision to stay exclusive with them for a long time. We never had a contract,” says Chantecaille. “It took us a long time to go to Saks, because Neiman’s had been so good to me.”

The minute someone else is there, it’s not your own anymore. You’re no longer controlling what’s going on.

The lesson: “You have to not be greedy and have the patience to see it though,” says Chantecaille. “I could have sold the business 10 years ago, but I never did. We have no investors. I own it 100 percent. I think the best day for me was the day we reached $100 million in sales. Then you realise, you did it all by yourself, with your family. That’s pretty good.”

Biggest Mistake: Not Going Out On Her Own Earlier

“The worst decision I’ve made was not to leave Lauder earlier,” reflects Chantecaille. “It was a lot of fun at Prescriptives, creating a new business that didn’t exist, but I should have started my own company earlier,” she says. “Those were great years of growth in the business and everybody in the late 80s and early 90s did incredibly well. After that, it became tougher, so it took more work to get to where I am now. When you know you’re ready to do something, you’ve got to go,” she advises. “You can’t wonder, ‘should I really do it?’ You just need to go. I was at Lauder for 18 years, but I should have left six or seven years earlier.”