NEW YORK, United States — Drunk Elephant founder Tiffany Masterson and her investors are very happy with the $845 million deal that saw the seven-year-old skincare brand sold to Shiseido. Some of their customers, less so:

“Ever since you sold out the products have not been the same,” read a comment from @CodedLips, on one of the brand’s recent Instagram posts.

“Have the ingredients been altered? This usually happens when a big corporation purchases a company and they start to cut corners on those products,” the user asked below a photo of the label’s newest product, “F-Balm.”

For the record, the formula for F-Balm, a hydrating overnight mask that launched on Jan. 1, was set in April, six months before the acquisition, Masterson told BoF. However, independent brands frequently face this sort of scrutiny from customers who worry their favourite products will be tampered with by new corporate overlords.

Just ask any of The Ordinary’s loyal fans, who took to social media to voice their concerns after The Estée Lauder Companies purchased a minority stake in the brand’s parent in 2017. Customers wondered whether Too Faced would remain cruelty-free after Lauder acquired it in 2016, given the conglomerate’s business in China, where animal testing on cosmetics is required. Urban Decay devotees claim those brands’ products weren’t the same after L’Oréal bought it. Customers worried that Tatcha would change after the line was acquired by Unilever last June.

It’s a natural fear, especially in the realm of skincare, where brands like Drunk Elephant and The Ordinary made names for themselves by promising to use only the highest-quality, most-effective ingredients. Their customers worry that, as new owners look to cut costs post-acquisition, the special formulas that won them over in the first place will be the first to go. 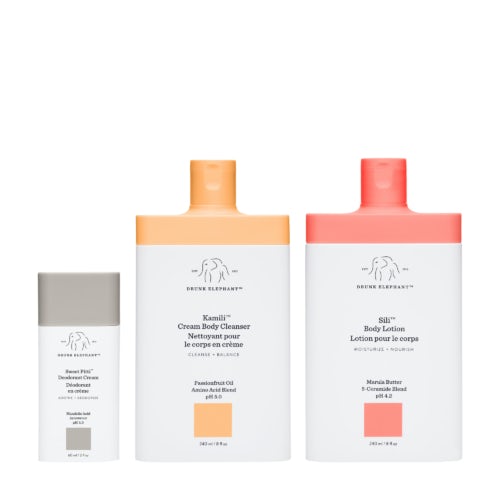 The reality is that many “indie” brands are pretty much the same. Lauder did not start testing Too Faced on animals, and The Ordinary formulates its products the same it always has. Tatcha is still Tatcha, though it’s only been a Unilever brand for under one year.

“L’Oréal approaches all brand acquisitions with a deep respect for the consumer and the heritage, values and product offerings of the brand,” the company said in a statement, confirming that Urban Decay has maintained its cruelty free certification. “Every one of L’Oréal’s brands are constantly evolving their product portfolios to deliver the best in beauty innovation for their consumers and Urban Decay is no exception.”

The stakes are particularly high at Drunk Elephant, an early leader of the “clean” beauty movement, which caters to customers who worry that ingredients found in many popular skincare products and cosmetics are harmful (the brand is also cruelty-free). Shiseido, which has no other clean brands, projects that Drunk Elephant will hit over $150 million in sales this year, a 30 percent jump from 2019.

First, the company has to allay customer concerns about the future of Drunk Elephant. Shiseido is allowing the brand to operate independently. The goal is to preserve the clean messaging and product formulas, as well as the feel of a quirky indie label, even if it’s now the newest brand in a portfolio that includes labels such as Nars Cosmetics, Laura Mercier, Cle de Peau and Shiseido itself and generated ¥1.1 trillion (about $10 billion) in global sales last year.

Drunk Elephant won’t move into Shiseido Americas’ Midtown Manhattan headquarters, and is looking for a downtown office for its team, which is spread between Newport Beach, Calif, Houston and New York (Houston and West Coast employees won’t have to move).

Nor will the brand abandon its cruelty-free stance, even as it tries to build a Chinese business. Drunk Elephant entered Alibaba’s Tmall last September, a cross border e-commerce platform that helps brands avoid animal testing.

Meanwhile, Masterson will continue to create products, including a build-out of hair and body ranges that debut in the spring. She said everything that will launch through 2023 is already formulated. Hair and body products were completed before the acquisition.

Shiseido will steer the brand in other ways, namely an aggressive global expansion that will see Drunk Elephant sold in more countries, including France and other European countries. The brand is still unknown to many consumers in the US, the label’s biggest market, but Lucia Perdomo-Ruehlemann, chief marketing officer at Drunk Elephant, said a host of marketing initiatives will serve as awareness drivers. The line will increase its sampling spend, continue to actively engage with its social media following and open a pop-up in Los Angeles next month to promote new categories. 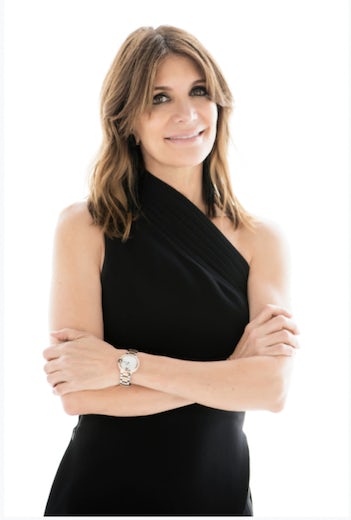 “The consumer base is super limited, even in the US… Within our distribution base at Sephora, I think we’re only reaching like 15 percent of the VIP consumers,” Rey said, adding that “Europe is going to be very quick, Asia is going to be slightly longer.” (Rey is referring to members of Sephora’s Beauty Insider Program.)

Rey called Drunk Elephant’s branding “powerful enough” to transcend global markets — except maybe in Korea, he quickly added, a global trend leader in beauty and home to the savviest skincare customers in the world.

“[It’s] bigger than just buying the operations from that company … these large companies are buying the smaller ones to scale the brand attributes,” said Laura Gurski, senior managing director and global lead for Accenture’s Consumer Goods & Services practice.

In Asia, the company has to find the right retail partners and influencers and may need to tweak formulas for regulatory reasons (the goal is to keep a formula as close to the original as possible). Unlike many beauty labels that adapt their brands locally, from a marketing and product assortment perspective, Drunk Elephant’s philosophy and messaging will remain consistent.

“When you start trying to change it [messaging] and say, ‘Oh in this market, they don’t do this,’ you’re convoluting the strategy,” said Tim Warner, chief executive of Drunk Elephant. “Then you just become vanilla like everyone else.”

This strategy has already been applied successfully to makeup label Nars, which Shiseido bought in 2000. Rey said the brand has remained true to its roots: founder François Nars is still creative director two decades later and the iconic “Orgasm” blush he conceived of in 1999 is the US best-selling blush in the prestige category, according to NPD data. Orgasm has since become a franchise that spans lipstick, loose powder, lip gloss, highlighters and more.

“You go to Nars and you’re in between orgasm and climax,” Rey said with a laugh, noting that the line’s global business grew by 24 percent last year. “That’s called brands. That’s called point of view.”

You go to Nars and you’re in between orgasm and climax.

The addition of seven hair and body products, which will take the SKU count to 27, marks the first category extension since Masterson started Drunk Elephant in 2013. Items such as a tangle spray, scalp scrub and body lotion will go on sale April 3. Similar to skincare, everything is packaged in a white bottle or tube with a punchy coloured cap, some named after existing hero products. The “T.L.C. Happi Scalp Scrub” has the same neon pink cap as the “T.L.C. Framboos Glycolic Night Serum,” which both contain alpha and beta hydroxy acid blends to exfoliate the skin on one’s face and scalp. The hair assortment is a permanent collaboration with celebrity hairstylist Chris McMillan (Jennifer Aniston is a longtime client), a childhood friend of Masterson’s.

“Since we’re treating the skin on the body, the scalp, on the face — we’re still a skincare brand,” Masterson said. “You can call it ‘skinification’ of everything.”

She said she struggles with keeping the assortment tight (Peter Thomas Roth has over 50 items on Sephora’s e-commerce site, versus Drunk Elephant’s 20 products) while still adding newness for a consumer who expects frequent launches. Upcoming releases will range from new products to updates on existing formulas, Masterson said, where access to Shiseido’s R&D and 600,000 square foot Global Innovation Center in Japan, a half-billion-dollar investment, could be helpful.

“Now then the question for the consumer is: do the brand attributes hold up if they [the brand] moves to other categories?” Gurski said. “And if it does, are you able to be that clean in shampoo?”

Why LVMH Invested in a Beauty Brand Sold at Target

How Big Brands Can Adopt a Start-Up Mindset