NEW YORK, United States — While other beauty brands were begging teenage TikTok creators to post about their products, E.l.f. Cosmetics had a different sort of partner in mind.

In May, E.l.f. teamed up with Chipotle to create a virtual prom for the millions of teens across the country who would be missing theirs because of the pandemic. The brand released a limited edition E.l.f. x Chipotle prom kit as a tie-in. The “ultimate burrito inspired” makeup came in a crinkly silver zip case that looks like a burrito wrapper with a menu and a $15 gift card to Chipotle.

The unconventional offering was the latest in a series of viral hits for the cosmetics label from Kory Marchisotto, who joined last year with a mission to galvanise teens around the brand.

“There are two brands that have been in the press for crushing it on TikTok – E.l.f. and Chipotle. We kept seeing these two names together all the time… and then finally it hit me,” Marchisotto said.

Even two years ago, the idea that E.l.f. would emerge as one of the hottest brands on Gen Z’s favourite social media platform would have been difficult to imagine. The 16-year-old brand rode the makeup boom of 2015 and 2016 with its ultra-cheap colour cosmetics. But sales flagged as consumers turned their attention to skincare. The company risked becoming just another drugstore makeup brand.

In February 2019, E.l.f. said it would close its 22 stores and refocus on e-commerce, as well as wholesale accounts like Ulta and Target. The brand streamlined its product launches too, going from a peak of releasing 130 items per year to about 80, according to Chief Executive Tarang Amin. The packaging went from black to lighter colours because a “sea of black” didn’t work in a physical retail environment.

Amin had a challenge ahead of him: getting people excited about a brand in a very crowded market – and doing so amidst a sluggish makeup sector overall.

“It was a rude awakening,” said Amin. “In many respects, it seemed like death, but it was a great opportunity for us to step back and really take a look at our strategy.”

Over the last 18 months, Amin and Marchisotto invested heavily in TikTok, emphasised their low prices and cruelty-free stance. Long term, the goal is to create or buy brands that will appeal to these customers as they get older and richer. In February E.l.f. acquired W3II People, which sells clean products at a slightly higher price point. And earlier this month, the company said it was developing a new brand with the singer Alicia Keys that will launch next year. The line will “lead with skincare” and be categorised as “entry-level prestige,” Amin said.

How did E.l.f. get back on top? Below, Marchisotto and Amin detail how they brought the company from mass store closures to TikTok sensation.

Let Consumers Tell You Want They Like About Your Brand

Traditionally, executives sit around a conference room and decide what products they want to promote and how they want to sell them. The company typically selects what it thinks are its best attributes – from a colour trend to a hero ingredient to an of-the-moment influencer – and highlight them through marketing imagery and messaging.

E.l.f. did the exact opposite.

“[Other brands] do it in reverse order. They start with, ‘Who is my brand?’ and then ‘What do I think my brand is?’ – and then let me go impose that vision on other people,” said Marchisotto.

Feedback from young customers tended to centre around E.l.f.'s price and its pledge to offer cruelty-free products, meaning that older content that didn’t communicate these values became obsolete.

Marchisotto credited much of E.l.f.'s newfound brand awareness among teens to the social media platform. The company has made sizable investments in TikTok since last autumn, before most mainstream beauty labels even had an account on the app.

At the end of July, there was a “Magic Act” TikTok challenge that encouraged users to submit content using E.l.f.'s Poreless Putty Primer. The dedicated #ElfMagicAct hashtag garnered one billion views in three days. By August 5, the hashtag had over two billion views and more than 750,000 pieces of user-generated content were posted using #ElfMagicAct. 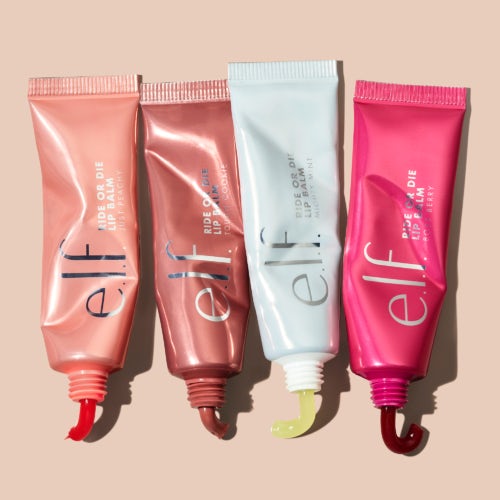 E.l.f.'s first “Eyes Lips Face” challenge on TikTok has gotten over six billion views on the platform since it launched last October. E.l.f. had an original piece of music, integral to the success of a challenge going viral on TikTok, created for both programmes. For this challenge, set to the backdrop of the “Eyes Lips Face” song created with ill Wayno and Holla FyeSixWun, people were encouraged to use when uploading videos highlighting their eyes, lips and faces (the brand’s acronym).

TikTok’s future may be uncertain with President Trump threatening to ban the platform in the US, but it’s still where teens and early twentysomethings are spending a disproportionate amount of their time. And if Instagram’s new short-form video competitor Reels starts to gain traction, it’s reasonable to assume E.l.f. will be there.

It’s also the second popular Gen Z-centric brand in the past month to reveal it was creating another label to extend its reach. In July, Morphe tapped Charli and Dixie D’Amelio to be the faces of its new Morphe 2 “sub-brand,” a more natural counterpart designed to capture a younger customer than its main line of bold makeup that resonates with a more mature (mid-twenties) audience. E.l.f. is doing the reverse.

“[E.l.f. is] looking at potentially playing with a new consumer group that’s a bit older,” said Marjolein Jonker, a manager in the consumer practice of Kearney, a strategy and management consulting firm.

E.l.f.'s research found 39-year-old Keys appeals to both Gen Z and their parents. A higher price and emphasis on skin and wellness could also appeal to an older and richer audience. The new brand can also serve as a way to retain E.l.f.'s current customer base once they’re able to spend more on their beauty routines.

“E.l.f. can keep them [younger customers] around, instead of them trading up to a different brand that they [E.l.f.] don’t own,” Jonker added.

Creating an entirely separate brand works to E.l.f.'s advantage. It would be just as challenging to get a customer used to paying $5 to spend four times that amount on one item as it would be to convince someone who buys at the higher end to pay prestige prices for an E.l.f. product.

The challenge will be growing new labels without sacrificing momentum at the core brand, said Matt Katz, a managing Partner at consulting firm SSA & Company.

L’Oréal’s US employees say they fear losing their jobs if they don’t return to the office now. The cosmetics giant, which reopened its New York offices at 50 percent capacity on August 3, is reportedly requesting access to workers’ medical records and adding them to a “non-compliant” list if they wish to continue working remotely.

L’Oréal also reported a bigger-than-expected sales drop in the second quarter. Revenue was €5.85 billion ($6.90 billion) for the April to June period, down 18.8 percent on a like-for-like basis.

Fenty Skin products are already being resold at a huge markup. Some listings for the skincare range, which launched July 31, are as high as $500.

Addison Rae is the latest TikTok star to get into the cosmetics business. Item Beauty launches August 11 with a handful of products including lipgloss, mascara and brushes.

Tatcha is using Animal Crossing: New Horizons to market its latest product. The Japanese skincare brand is launching a pop-up “island” in celebration of its new rice cleanser, complete with a scavenger hunt and tours directed by Founder Vicky Tsai.

Lockdown has led to the renaissance of press-on nails. The at-home treatment first popularised in the 1980s has gotten a makeover as the pandemic and economic uncertainty keep some nail salon clients away.