Elle.com’s digital director Leah Chernikoff will oversee all of Glossier’s content, including Into the Gloss.

NEW YORK, United States — Direct-to-consumer beauty unicorn Glossier is one of the first brands to prove content and commerce can work. And now it's doubling down on content by poaching a Hearst editor to lead its strategy. Leah Chernikoff, Elle’s digital director since 2013, will join Glossier as its first head of content in April.

Last week, Glossier’s founder Emily Weiss announced a major milestone: a $100 million Series D funding round led by Sequoia Capital that valued the beauty company at $1.2 billion, according to the Wall Street Journal. It followed the launch of Glossier Play, a new makeup brand, earlier this month.

Chernikoff told BoF that she will think about “ways to keep storytelling at the core of everything Glossier does” and “make sure that the community feels listened to,” but will formulate a full strategy after getting to know the company. She said she will expand the content team and bring in new creators from social media and from reader comments, both places where she has discovered writers in the past. Chernikoff also plans to hone Glossier's voice through video on social media and YouTube. 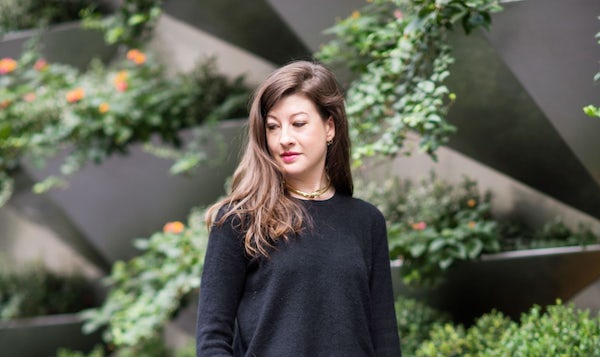 “It’s all about storytelling and conversation, which is what I’ve always been about, so in some ways, it feels like a very natural next step for me,” she said. “I’m on a completely different side now.”

Before Weiss launched Glossier in 2014, there was Into the Gloss, the trailblazing beauty blog she founded in 2010. Weiss tapped the opinions of its readers to help formulate the first round of Glossier products. Into the Gloss continues to publish interviews and articles with a four-person team, but Glossier now has more than 200 employees in three countries.

The site is best known for its Top Shelf column, featuring profiles of notable people as told through their hair, makeup and skincare routines. Readership has stagnated, however; according to ComScore, the site does not get enough traffic for it to track. Chernikoff wouldn’t comment on whether she plans to publish more frequently on Into the Gloss.

The jump from magazine editor to brand is a well-trodden path, as retailers and brands have focused on developing content strategies and publishing has contracted. Companies like Goop and Glossier that started out as blogs or newsletters have built more sophisticated content operations. Goop’s chief content officer and editor-in-chief, for example, are both former Condé Nast editors.

Chernikoff joined Hearst from fashion industry site Fashionista.com, where she was editorial director. She was one of Troy Young’s first hires when he joined the magazine publisher as head of its digital media business in 2013 and spun out the digital operations into a new department. Young is now the president of Hearst Magazines. Under her tenure, Elle.com’s monthly traffic has more than quadrupled to around 14 million monthly visitors. The fashion-focused outlet has a wide remit, covering celebrity news, politics, culture, health and more.

At Glossier, Chernikoff will report to both the senior vice president of marketing Alexandra Weiss and creative director Marie Suter.

Chernikoff will be succeeded at Elle by Katie Connor, the print magazine’s deputy editor under editor-in-chief Nina Garcia.

Glossier & Rent the Runway: A Tale of Two Unicorns

Inside Glossier’s Plans to Shake the Beauty Industry