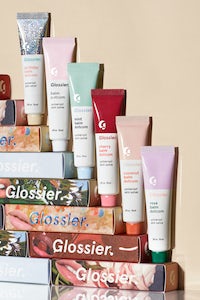 Henry Davis, president and chief financial officer, is exiting the direct-to-consumer beauty brand after almost five years to pursue his own entrepreneurial opportunities.

This comes months after Davis’ position changed from chief operating officer to chief financial officer, a role the company has been trying to fill since former vice president of finance Matthew Weiler departed the company earlier this year. In addition to Davis and Weiler, former creative director Helen Steed left Glossier a year ago to join New York-based branding and design agency Aruliden as vice president and creative director. Glossier confirmed Davis’ departure. His last day will be December 31.

“Henry has been my partner since the earliest days of Glossier. He was one of the first people to understand the opportunity to build a new kind of company — one that leverages technology to create in collaboration with its customers,” Emily Weiss, founder and chief executive, told BoF. “I’m excited for him as he begins his own entrepreneurial journey.”

After Weiss, Davis was the most public face of the business. He was one of the first executives hired by Weiss and joined the brand in June 2014, three months before launching in October of that year. Previously, Davis worked at Index Ventures, an early investor in Glossier that also led, along with Institutional Venture Partners, a $52 million Series C round of funding in February.

A changing of the guards in upper management follows a handful of new hires including Marie Suter, who left Condé Nast after a 13-year tenure to join Glossier as creative director in March. Facebook alum Maykel Loomans is now head of digital product design, and Kym Davis, formerly of Fenty Beauty, is leading product development. Ashley Mayer, who came from Silicon Valley-based venture firm Social Capital, is head of communications, and former head of communications, Amy Snook, recently became chief of staff.

The company, which has almost 200 employees, has raised $86 million and, according to a source close to the company, is on track to do over $100 million in revenue this year. In November, Glossier opened a flagship location in New York City that by customer accounts was one of the most bustling stores in the area.

To date, the brand has only sold its range of skincare, cosmetics and body care through direct channels, an anomaly for direct-to-consumer lines that have begun to rely on retail partnerships to scale. Since inception, Weiss’ mission has been to retain complete control of its brand experience by creating a direct retail network to support the digital first line.

And even though this may have resulted in the brand not yet scaling to the size of many other heavily funded startups, Weiss' — and by extension Glossier’s — influence is outsized. Weiss has stayed true to her direct roots and in doing so has managed to build a cult following and community of engaged consumers willing to buy anything put forth by the brand, from its best-selling Boy Brow grooming pomade to its Milky Jelly Cleanser.

The brand’s most engaged consumers have become ambassadors that are treated like influencers — some unpaid and others receive cash and shopping credits for their efforts in spreading the word. This year, Glossier introduced nine products, a combination of new items and relaunches, including an updated Soothing Face Mist and Gen G lipstick.

Weiss has been thoughtful about international expansion. Despite global demand from the onset, she took three years to sell outside the US. Glossier started selling in Canada and the UK last year and this year entered Ireland, Sweden, Denmark and France. The brand now sells across seven countries.

"This team has proven that building a business alongside your customers is the future — not only in the world of beauty, but for all internet-first brands," Davis told BoF. "I couldn’t be more bullish about Glossier’s future as I embark on founding my own company.”

Davis declined to comment on any future businesses he’s working on.

Nabil Mallick, a partner at Thrive Capital and Glossier board member, will serve as interim CFO. A search for a full-time CFO is underway.

Build the Customer Into Your Brand, Says Glossier's Emily Weiss

Glossier Will See You Now