NEW YORK, United States — Hermès is launching lipstick and it will cost $67, in case you haven’t heard.

Last week, the French luxury brand revealed its plans to get into makeup vis-à-vis Rouge Hermès, a 24-shade collection of made-in-Italy lipstick with $47 refills. Vividly colour-blocked tubes, intended to double as luxe keepsakes, look like they were created for the sole purpose of being posted and then re-posted on social media. Matte and satin finishes are designed to appeal to all kinds of lipstick wearers in the 35 countries where the range will be sold come March.

Even at close to $70, Hermès is far from the most expensive lipstick on the market. Still, reactions on social media, while there were plenty, were mixed. “I’m living for that packaging!!!!” read one comment while, “Hell, we spent less than $67 for a family of four at Red Robin for dinner last night” read another.

Tom Ford deserves much of the credit for creating a category for aspirational lipstick. In 2010, Tom Ford Beauty came out with a lip colour that cost almost $50, twice the price of an average prestige lipstick (Nars charges $26 per tube). Ford set off a chain reaction, giving the rest of the industry permission to elevate their lip categories, setting the modern bar for what “luxury” makeup looks like. 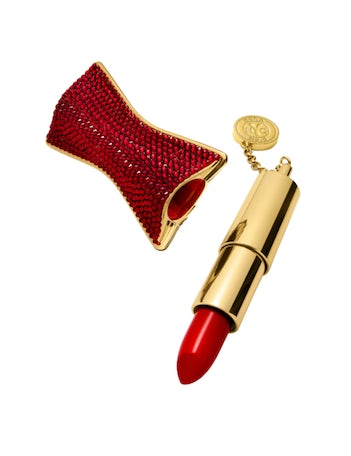 Tom Ford Beauty is now a $1 billion business for Estée Lauder, with lip colour making up two-thirds of all makeup sales. The brand reportedly sold over $500 million in lipstick alone last year. But few have managed to replicate the designer’s success.

The last time a lipstick launch caused this much commotion was five years ago. Christian Louboutin Beauté introduced 38-shades of $90 lip colour, encased in gaudy, gold tubes influenced by “Babylonian architecture” with caps fashioned to look like crowns. A year earlier, the brand released $50 nail lacquer with a six-inch spiked cap. Buzz surrounding the accessory brand’s beauty offering has cooled, following the signing of a long-term licensing deal with Puig in 2018.

YSL Beauty has made sizeable investments in its lipstick business, as has Gucci, which last year re-launched its makeup range under Creative Director Alessandro Michele. In partnership with Coty Luxury, the fragrance and beauty licensee for the brand, Gucci debuted a 58-shade range of lipstick last year to much fanfare, selling over one million units in its first month. Gucci lipsticks are priced from $42 to $46 in the US.

These labels aren’t deterred by declining prestige makeup sales, or experts who believe the “lipstick effect” — the theory that lipstick is unfailingly in demand, even in the harshest of economic conditions — is no longer relevant in today’s economy.

One key innovation that’s convinced luxury brands they can defy the odds is the refillable concept.

I would have never done luxury lipstick at this price if it wasn’t refillable.

Two years ago, House of Sillage came out with $198 bow-shaped lipsticks decorated with 300 Swarovski crystals, and in May, fragrance line Bond No. 9 launched a refillable, $105 lipstick that looks like a miniature version of its perfume flacons. Laurice Rahm, founder and chief executive of Bond No. 9, said a limited-edition holiday lipstick — encrusted with red Swarovski crystals and priced at $400 — was quick to sell out. Refills cost $45.

“I would have never done luxury lipstick at this price if it wasn’t refillable,” said Rahm, who also offers similar refill programs for fragrance. “It’s very important, the difference between an expensive lipstick that you have to throw away because it’s finished [and one that is refillable]. That to me is outrageous.” 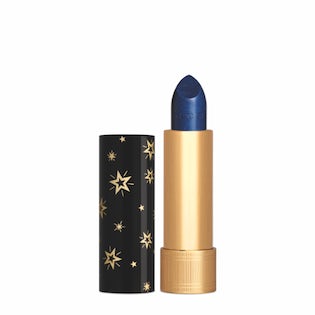 For Hermès, a legacy brand that’s never played in makeup, an entrée into colour cosmetics is a big step. It’s a reinvention of its traditional entry-level categories. Instead of fragrance and silk scarves being the primary way to buy into the label synonymous with $10,000 handbags, makeup presents a new, more accessible way to get a taste of the Hermès lifestyle. It also opens up the brand to a new group of consumers who might splurge on $67 lipstick but not $130 perfume or a $300 scarf.

For a first attempt at makeup, lipstick is the easiest place to start. Complexion is too challenging; brands run the risk of getting cancelled if they offer too few shade and undertone options. Lip colour is more forgiving, and people are more comfortable buying lipstick online.

“Hermès is diversifying to create touchpoints relevant to millennials,” said Lucie Greene, founder of futures and research firm Light Years. “If you’re a young millennial … this will be the next wave to express your allegiance to Hermès.”

It’s not Hermès’ first attempt at tailoring product for this audience. In 2017, the label experimented with its Twilly d’Hermès fragrance, inspired by its more moderately priced “Twilly” range of scarves (some styles retail for just $170). Marketed as a youthful, whimsical scent, the neck of the bottle is wrapped in a miniature Twilly scarf with a cap that looks like a top hat. Influencers gathered at events in London and New York to celebrate the eau de parfum and play with a Twilly virtual reality app created for the occasion. A 1 oz. bottle is priced at $79.

The refillable component is also key to reaching this sustainably-obsessed demographic. A re-up is still pricier than most lipsticks, but the ability to refill is an attractive proposition that encourages consumers to buy a single tube.

For Jackie Fernandez, a 34-year-old truck driver from East Haven, Conn., the price of Rouge Hermès is a relative bargain compared to the $105 she shelled out for a Bond No. 9 lipstick last year.

“It's [Hermès] not as expensive… which is what I initially expected considering the prices of Hermès products in general,” Fernandez said.

Still, the price tag is too high for some.

“If you’re going to have me spending 67 bucks, I have to be meeting Jesus and God himself to kiss him and get all the blessings,” said Ezinne Mgbeahuruike, a 28-year-old a freelance creative director and writer, based in New York City.

Mgbeahuruike will, however, spend $400 on a pair of shoes.

THIS WEEK IN BEAUTY
This $495 device keeps selling out. The Ziip, an at-home nanocurrent device, was created by Melanie Simon, who is the “electrical aesthetician” to Jennifer Aniston and Sandra Bullock.

Brands are rethinking the standalone store. MAC Cosmetics, which has an entirely new leadership team for the first time since being acquired by Estée Lauder, is giving its retail format an update.

Luxury Brand Partners has raised $50 million. The incubator to beauty brands such as Oribe has secured an investment from Bookend Capital Partners.

Each designer put their own spin on hair during couture. Hair looks ranged from messy waves to “hyperbolic bouffants.”

This is Mert Alas and Marcus Piggott’s first beauty collaboration. The photographers teamed up with Lancôme to create a makeup collection that goes on sale next month.

Ten photographers talk about black hair. The group discusses memories of their hair growing up to the way hair serves as a social and political statement.

These were some of the most talked-about beauty looks at the SAG Awards. Charlize Theron’s rhinestone headpiece and Nathalie Emmanuel’s curls were crowd-pleasers.

Bumble and Bumble has new ambassadors. United States National Soccer Team players Ashlyn Harris and Ali Krieger (who also happen to be married) will appear in campaigns for the brand.

Gucci Westman shares her career advice. One of the top makeup artists in the world talks to BoF about starting out, the challenges of freelance and why beauty requires the same skills as a psychologist.