NEW YORK, United States — Isn’t it interesting that the most buzz-worthy luxury beauty launch in recent memory surely belongs to Augustinus Bader, the press-shy, way-under-the-radar director of applied stem cell biology and cell technology at the University of Leipzig? His single product — simply called The Cream — sent skincare obsessives into convulsions of desire when it debuted in February 2018. The regenerative, patented concoction — developed from 30 years of research treating child burn victims and brought to market as a way to secure more grants to fund Professor Bader’s continuing research — almost instantly achieved the kind of cult status last seen with La Mer.

Bader isn’t the only MD disrupting the status quo. Barbara Sturm, purveyor of the Sturm Glow, is not only Instagram’s glamorous, globe-trotting It-doctor of the moment, but her products are consistently among the top-sellers, if not the top-sellers, most places they are sold, from SpaceNK and Violet Grey to Harrods.

Her Molecular Cosmetics range, launched in 2014 at Net-a-Porter and known for its line-up of straightforward yet luxe staples — $300 for a slim vial of hyaluronic acid! — generated approximately $15 million in sales in 2018, with company executives, in a previous interview, estimating they would triple that number this year. After launching with Sephora — the biggest distribution channel for many beauty brands — earlier this month, they may well be on their way. 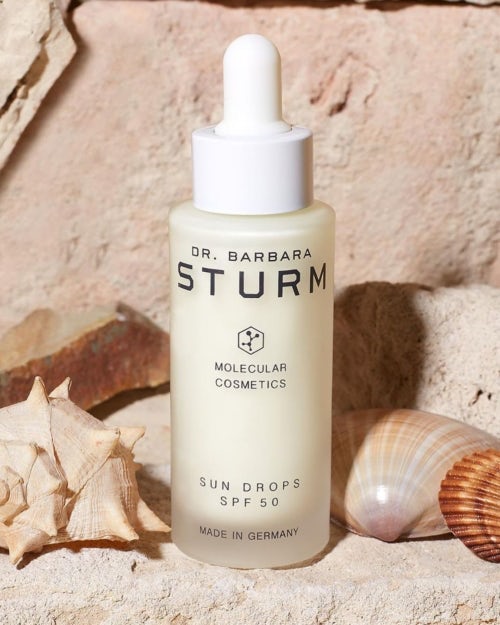 Facial skincare, which Mintel projects will command more than $74 billion in global sales this year, has been outpacing makeup for the last two years, riding a wave of growth and sales (and meaningful consumer engagement). Expert-led brands — from doctors and scientists to aestheticians — appear to be surfing the top of that wave, armed with authority, authenticity and science. They’re promising results and delivering innovation, creating products made with an ear to the ground and a foot in the lab, with their clientele serving not only as built-in focus groups, but natural ambassadors.

Expert brands are nothing new. Transylvanian doctor Erno Laszlo was perhaps the first boldface-name dermatologist, tending to society’s swans and Hollywood’s leading ladies — from Jackie O and Bunny Mellon to Greta Garbo and Audrey Hepburn — at the discreet Fifth Avenue institute he opened in 1939, after he arrived in New York from Budapest. He pioneered the idea of the double cleanse — in the 1920s — and created the reparative Phormula 3-8 (available today as Phormula 3-9) as a custom cream for Marilyn Monroe, to heal a gallbladder surgery scar on her stomach. And don’t forget Norman Orentreich: The prominent Manhattan dermatologist co-founded Clinique, based upon the three-step skincare programme he was developing for his patients, with Vogue Beauty Editor Carol Philips and the Lauders back in 1968.

The late ’90s and early aughts — when Botox officially arrived on the scene and in-office “lunchtime” procedures became the rage — gave us new skincare stars in dermatologists Fredric Brandt, Nicholas Perricone (hot off his Salmon Diet fame) and Patricia Wexler, and super-facialists like Hollywood heavy hitters Sonya Dakar and Kate Somerville and Palm Beach favourite Tammy Fender, all of whom founded eponymous lines.

Many more came, and many more went, and though it never disappeared, the expert category seemed to go relatively dormant for a time, as focus turned to “naturals.” 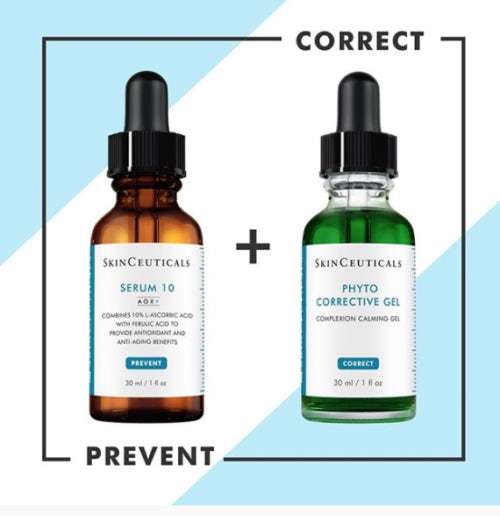 “When you think about why clinical went quiet, it’s because, in some ways, it’s the antithesis of ‘natural,’ and natural was the hot commodity,” explained Larissa Jensen, executive director and beauty industry analyst at the NPD Group.

And while naturals — with so-called “clean” being the largest and fastest growing component within it, according to NPD, posting 44 percent growth in 2018, as opposed to skincare’s total growth of 13 percent — is still driving prestige skin, it may now inadvertently be giving the pro-led category a boost, too.

“Natural brands really focus on ingredients and eco-consciousness, but there’s this perception among some that they may not be as efficacious,” Jensen said. “When you think about the newer clinical brands, many are taking this natural movement into the lab. Every brand cannot be natural, but every brand can be clean.”

SpaceNK’s President of North America, Noah Rosenblatt, points to doctor-founders like Macrene Alexiades, whose 37 Actives brand — re-launching in September as Macrene Actives — certainly bridges the gap. The Manhattan dermatologist, who did a Fulbright in bioengineering of agricultural crops while at Harvard, grows all of her own actives (now over 50, hence the re-launch) on her organic farm in Rhinebeck, NY, undertakes her own manufacturing and conducts third party studies for each product.

Last year, the expert-led segment of brands was the fastest growing skincare category at SpaceNK US. Sturm is the retailer’s number-one skincare brand overall, trending at triple-digit growth. Rosenblatt projects over 20 percent growth this year among his portfolio of doctor-helmed lines, other stand-outs of which include Harley Street plastic surgeon Yannis Alexandrides’ 111 Skin, peel pioneer Dr Dennis Gross, Derm Institute, and Lancer, the range from Hollywood’s long-reigning derm to the A-list.

Though in terms of the entire industry at large, the clinical brands are quite small, “within prestige skincare, they are not small,” said Jensen, who notes that Clinical is coming in right on Natural’s heels. “Collectively in prestige, they’re about a quarter of the market’s sales,” she added. “These little ankle biters are bringing in a lot of volume.”

When you think about why clinical went quiet, it’s because, in some ways, it’s the antithesis of  "natural".

“It’s an important strategy to have,” she said. “We’ve found in our data that brands that have a tighter hold on their distribution are growing at a faster rate.”

But why are these brands staging such a comeback now?

1. It’s About a Return to Expertise and Authority

In this era of paid posts, bought likes, a cavalcade of new brands consistently bursting on the scene and gimmicks galore, the educated, demanding — and, at this point, sceptical — consumer (of all ages, I might add) is seeking out brands that have a truly credible reason for being in the skincare space.

According to Devgan, whose 16 SKU range is sold on her website and at Violet Grey, there is such an abundance of beauty advice and ingredient information today, consumers are looking to experts to help cut through the clutter. “It’s a curation problem, an information overload. Buyers have decision fatigue,” she said. “People look to physician brands because they’re subcontracting out their ability to make a better decision for them.”

It makes sense: who knows more about what to put in products, what will work on skin, what is reliably vetted, and what kind of tailored regimen to follow better than someone who studies and treats skin every day for a living — and, in the case of doctors, took an oath to care for their patients above all else? 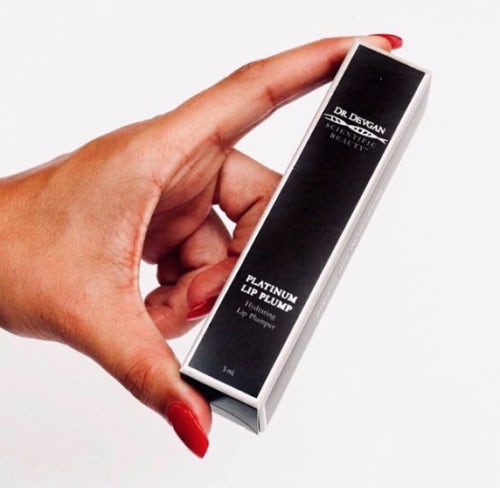 Authority is different than influence. With everyone under the sun suddenly pontificating on topics from skincare and nutrition to mental health, the notion of what qualifies someone to be an expert naturally comes into play. Skincare professionals draw their authority from credentials and experience that are hard to match.

“Our biggest catalyst is word of mouth,” said Dennis Gross, an early architect of the modern derm brand arena, who started his line out of his Fifth Avenue practice in 2000 with the boundary breaking Alpha Beta Peel: a product that perfectly encapsulates the then-revolutionary premise of bringing high-performance in-office treatments into the home. He attributes his brand’s ongoing success to the fact that consumers are dissatisfied with products that look sexy but don’t deliver — what he calls “the merry-go-round of discontent” — and are seeking out brands that truly do what they say.

Gross, who owns his company outright, said the brand, which is sold in the US, UK, Germany, Australia, Hong Kong, Singapore and South Korea, has been averaging 25 percent year over year growth for several years and has increased profits in the high teens. He conducts his own clinical studies for each new launch. “I set the bar very high and evaluate the data to be true, so we are confident a product really will be groundbreaking,” he said. “That’s part of the brand’s identity.”

In an entrepreneurial time when founders and storytelling are so important to a brand’s ability to connect with consumers to create relationships, dole out advice and convey purpose, expert brands find themselves in a good spot. They may not all have glamour or flash — though a handful certainly do, with sizeable personal followings and VIP friends  — but the bulk of them do have genuine founding stories.

3. The Market Is Shifting — and the Expert Brands Fit Right In

Skincare is not soaring today because people suddenly became bored with makeup — which lends itself much more easily to selfies, makeovers, tutorials, et al — but because, according to Gross, people fundamentally want to improve the quality of their skin, not just cover up their issues with cosmetics. “It’s a complete shift,” he said. 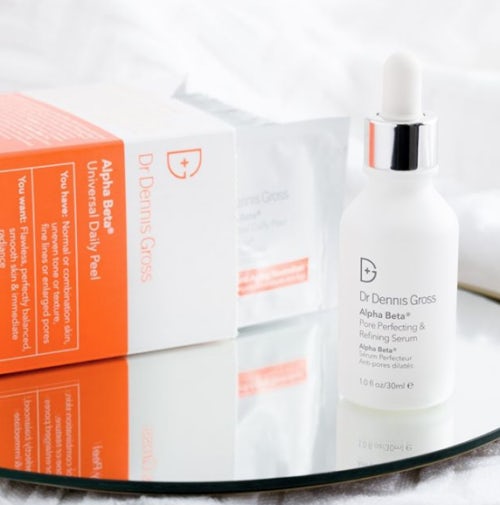 Competing in the skincare market requires a never-ending stream of innovation and newness. Bona fide professionals — who know first-hand the issues that are most challenging to their clientele, and are intimately aware of what is missing from their regimens, or simply not working — are uniquely set up to answer the call.

Replicating what they do in the treatment room to achieve tangible results — from resurfacing peels and volume-enhancing injectables to lasers, lights and micro-currents — in safe-for-home-use products has always been the pro segment’s calling card. And it has long influenced launches across both prestige and mass.

The DIY device market, currently booming, is certainly a noteworthy offshoot. “Five, six, seven, eight years ago, the devices were the cleansing brushes — Clarisonic, Foreo — but now it’s all about microneedling and dermaplaning, which ties into the clinical piece,” Jensen said.

The trend for hybrid products — those innovative multitaskers that simplify regimens and straddle skincare and cosmetics — is another example of the expert-led brands intuitively moving in the direction of the market.

“Skincare is completely taking over, so to have longevity in business, it’s about creating hybrid cosmetics where it’s about the quality of the skin, not just the cosmetics,” said Jo Lawlor, Mintel’s global beauty analyst-skincare, citing a Mintel report conducted in the US that demonstrated they are putting pressure on higher-priced (non-hybrid) products. “Consumers are starting to use less. Even with K-Beauty, where there are 12-step regimens, they are starting to be paired back,” she says.

While clinically minded brands, both new and not-so-new, may be on a high right now, and are certainly playing an active role in charting new directions for the market at large, do they pose a long-term threat to the industry, and to the establishment?

They may individually be teeny-tiny when stacked against an established top dog, but there is a virtual army of them — from Dr Loretta and MZ Skin to Is Clinical, Marie Veronique, Sarah Chapman, Susanne Kaufmann, Melanie Simon’s ZIIP, and the just-launched BeautyStat — and they have demonstrated that they do indeed have power in numbers.

“The legacy brands are still the biggest, however, collectively, all of these little brands, whether natural or clinical — and the little ones coming into the market driving growth are all natural or clinical — have started to shrink their share of market in a big way, and have been doing so for several years,” Jensen said.

So, is Barbara Sturm and her cohort threatening to the billion-dollar behemoths?

“Anything like that is threatening,” Jensen said. “The heritage brands are aware and are looking for ways they can compete… But it’s hard to compete with these emerging brands when they’re not anything like them.”