NEW YORK, United States — Drew Elliott has, by his own admission, engineered some of the most important pop culture images of the past decade.

It’s not an idle brag: it was his decision, as chief creative officer of Paper Magazine, to put Kim Kardashian’s naked, glistening derriere on the cover of the publication’s infamous #BreakTheInternet issue in 2014. The images came close to meeting that hashtag’s promise, bringing in upwards of 50 million page views for Paper’s website, a coup for a niche fashion publication in a time when print had lost much of its lustre.

Now, Elliott, 38, is once again helping an ageing institution beset by online competitors to recapture the cultural zeitgeist. Only this time, it’s on a far bigger stage. As the newly appointed senior vice president and global creative director of MAC Cosmetics, he’s tasked with reviving the fortunes of the world’s biggest prestige makeup brand.

“I'm going to give them blockbusters,” Elliott told BoF at MAC’s offices in Soho, in his first interview since starting in his new role three weeks ago. Some 300 employees are spread across four floors, connected by a massive red “Ruby Woo” staircase named for the brand's longtime bestselling lipstick (it was recently dethroned by “Devoted to Chili.”). The 86,000-square-foot space exists as a hip offshoot to the stuffier Midtown offices of The Estée Lauder Companies, MAC’s parent.

Among Elliott’s first orders of business: attract Gen Z customers with a revamp of the label’s imagery, messaging and voice on social media. He said he will help MAC communicate through a lens of pop culture, although he’s mum on specifics. He also wants to rethink the brand’s approach to its signature collaborations, green-lighting fewer new products but expanding the notion of these partnerships to include campaigns and other concepts that don’t involve putting more items on shelves.

Elliott’s arrival marks the completion of a total makeover of MAC’s upper ranks, a changing of the guard the likes of which haven’t been seen since Estée Lauder acquired the brand from founders Frank Toskan and Frank Angelo in 1998.

Creative Director James Gager and Global Brand President Karen Buglisi Weiler, who built MAC from a fledgling Canadian label into a multi-billion-dollar cosmetics empire, exited in March 2017 and February 2018, respectively. Buglisi Weiler's replacement was Philippe Pinatel, the former head of operations at Birchbox, who joined last year as MAC’s senior vice president and global general manager. He will have help from Ukonwa Ojo, who starts next month in the newly created role of senior vice president of global marketing.

We were not in the channels of distribution where young people were shopping.

The decision to pluck executives from a digital-first beauty subscription service and a print magazine was an unusual one for the company, which almost never looks outside the Estée Lauder universe when filling leadership roles.

But desperate times call for desperate measures. MAC was able to scale because its expansive selection provided something for everyone and it was primarily sold at department stores, once the leading sales channel for prestige beauty. Plus, there were less makeup brands, which gave fewer options to consumers now bombarded with new launches on a daily basis. MAC was a pioneer to the inclusivity movement labels are rushing to be a part of, from challenging gender norms to offering the requisite 40 to 50 shades of foundation decades before the rest of the industry.

But the brand has seen US sales falter in recent years, where digitally native labels like Glossier have invented a new way of selling makeup centred on “building community” among consumers under the age of 25. Glossier operates out of the same Soho building as MAC.

Though MAC has been the largest prestige makeup brand in the US for over a decade, sales dipped 10 percent in the first half of 2019. The picture looks better globally, with strong demand from emerging markets expected to drive global sales for fiscal year 2020. Global business is growing by “high, strong single percentages,” and MAC’s now the second biggest prestige makeup brand in China. Singles’ Day sales totalled $38 million and included 1.2 million lipsticks, a 67 percent lift from last year. MAC is the second largest label in the Lauder portfolio, after the Estée Lauder brand, with annual net sales that top $2 billion. 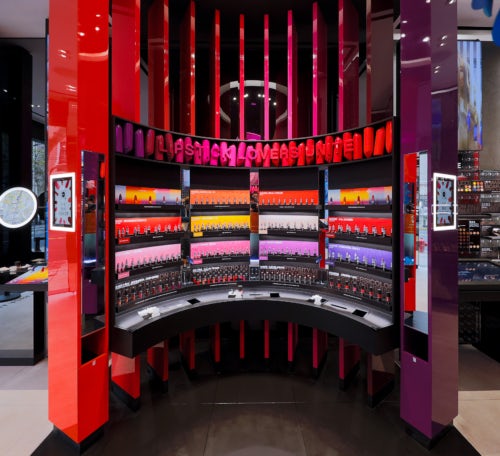 “We took our success a little for granted and didn’t fundamentally understand the fragmentation and profound disruption of what social media and content brought to the marketplace and the conversation, particularly with Gen Z,” said John Demsey, executive group president at Estée Lauder. “We were not in the channels of distribution where young people were shopping.”

MAC needs to change its sales pitch. In the past, the label played such a central role in the cultural conversation about beauty that it could dictate a single trend across all markets (when Strobe Cream came out in 2000 there was only one shade that the brand talked about using in one way – as a highlighter on cheekbone). A different approach is necessary today, where trends vary by region and consumers might get their makeup tips from micro-influencers instead of television and magazine ads. People want options and don’t want to be told what brand to buy.

“We used to have a very strong, fashion-centric point of view where we would say, ‘This is a trend, this is what is hot’ – and MAC was delivering it,” Pinatel said. The brand is also developing new products to appeal to the regional market, a departure from MAC’s previous one-size-fits-all strategy.

“We are innovating from New York, but for the [different] regions and countries and for the consumer,” he said.

MAC recently launched a mascara in Latin America for consumers who had trouble curling their eyelashes, and cushion compact foundations that are only sold in Asia. Both have become bestsellers in their respective markets. A store in Eaton Centre in Toronto, which has a large proportion of Chinese shoppers, sells products from Asia-specific lines. Customers at Nordstrom’s new Manhattan flagship can check out looks from New York Fashion Week. 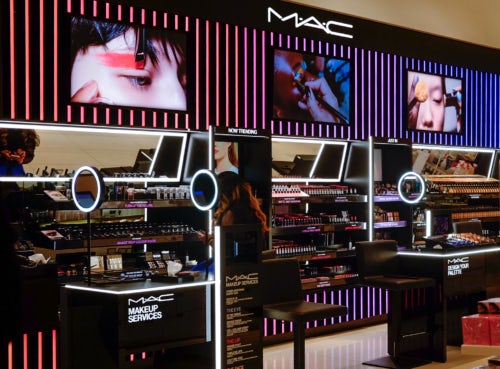 MAC’s problems aren’t limited to messaging, however. Pinatel’s focus initially is on revamping the company’s distribution strategy, which sees the brand’s makeup sold via 4,650 locations worldwide. They include about 680 freestanding doors, including 162 in the US and 50 in Canada.

Until 2017, points of sale did not include US specialty retailers, which have stolen a large share of makeup sales once made by department stores, historically a MAC stronghold. Two years ago, the brand entered Ulta Beauty, and is now sold in 350 of the chain’s roughly 1,200 stores. MAC is sold in Sephora in nine markets internationally, including China, South Korea, Brazil and Canada.

Demsey said MAC opted for Ulta because the chain, which operates hair and nail salons, allowed the brand to hire its own in-store makeup artists. The company employs 19,000 makeup artists worldwide, but is incorporating more digital elements and a stronger self-service component into stores for customers who prefer to explore on their own.

Pinatel is confident the revamped store format, which will roll out to all doors within three years, will help the North American business. Sales are up 10 percent in about 80 percent of the US and Canadian stores that have already incorporated the updated design.

He talks a lot about “re-tapping into culture,” pointing to makeup collaborations with mainstream icons like the Disney movie Aladdin and the singer Mary J Blige, as well as more niche cultural touchstones such as Commes des Garçon. The brand was an exhibitor at video game convention TwitchCon this year as an effort to reach gamers, and has been working to build a presence on Tiktok to connect with the app’s young user base.

For every VSCO girl, there’s a Euphoria boy or girl that goes against it.

Makeup trends are diverging, with labels like Lady Gaga’s Haus Labs embodying a “makeup for everyone” ethos to Gucci Westman’s Westman Atelier and Victoria Beckham Beauty taking a “clean” approach to colour cosmetics. Glossier appeals to teens and twentysomething’s with an affinity for “no-makeup makeup” and Huda Beauty attracts the exact opposite. MAC’s role in this world is to service everybody, Pinatel said.

Or as Demsey put it: “For every VSCO girl, there’s a Euphoria boy or girl that goes against it.”

MAC has one advantage over other beauty brands: it was the first label to challenge mainstream society’s ideas and values around gender norms, sexuality and alternative lifestyle, most notably through early collaborations with RuPaul, who starred in the first Viva Glam campaign in 1994. The MAC Aids Fund, founded at the same time, has raised over $500 million to date.

The brand has struggled to communicate this in a way that resonates with American teens, and despite strong growth abroad, MAC fell out of favour with a younger demographic. 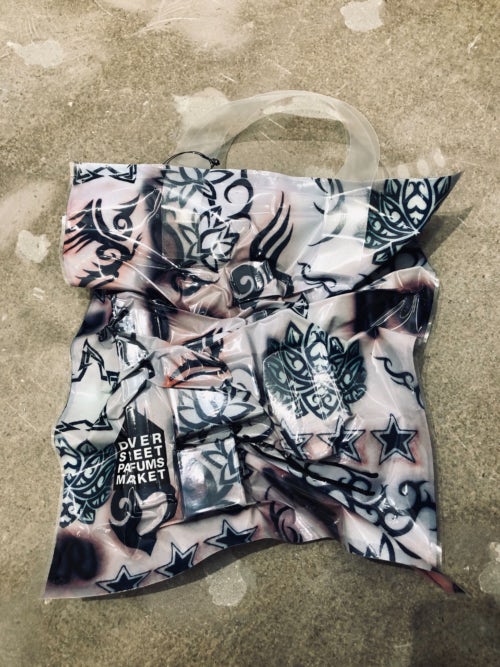 “The Gen Z consumer mindset is so completely different than ours,” said Shireen Jiwan, founder of Sleuth Brand Consulting, of today’s youth who categorises gender, sexual preference and one’s physical sex as three separate entities. “For older generations, your pronoun and your gender and your sex are all one thing.”

Digitally native newcomers like ColourPop, Lime Crime and Morphe have become the go-to for this group, despite MAC’s deep history and roots in the arts and theatre —  communities that have typically been the ones most elastic in their thinking about what’s now referred to as “gender fluidity.”

“They [MAC] ushered it in, they were the pioneers and then everybody else rushed into this space and all of that noise drowned them out,” said Jiwan. “It’s going to be about taking these issues around gender and sexuality out of the realm of niche and shoving them firmly in the faces of the mass mall consumer. We haven’t seen that yet.”

It’s a tall order for Elliott, who underscored the importance of maintaining MAC’s “rightful place” inside pop culture. For him, it’s less about product and more what the brand will put out from an image perspective, taking cues from Instagram, TikTok or anyone with an influential voice or following.

“My job is to prioritise those things and to articulate them through our brand filter so it's 100 percent clear,” Elliott said.

Are There Too Many Beauty Brands?

Why ‘Masstige’ Could Be Beauty’s Most Important Category