Over the course of the three-hour long celebration, 15,000 of Merino’s 1.4 million followers tuned in to see him take shots, twerk to Bad Bunny and swatch shades of new product — all from the influencer’s apartment in downtown Los Angeles where, like much of the world, he’s been social distancing since early March. Merino made a last-minute decision to drop the collection during the party, a night before it was scheduled to go on sale on Artist Couture’s e-commerce site.

But the launch (and party) almost didn’t happen at all. Both were planned before the pandemic swept the US, and Merino worried promoting his collection would come off as insensitive. But he said he is relying on revenue from Supreme Nudes to pay his team and place purchase orders for an upcoming holiday collection for Sephora, Artist Couture’s top source of sales. 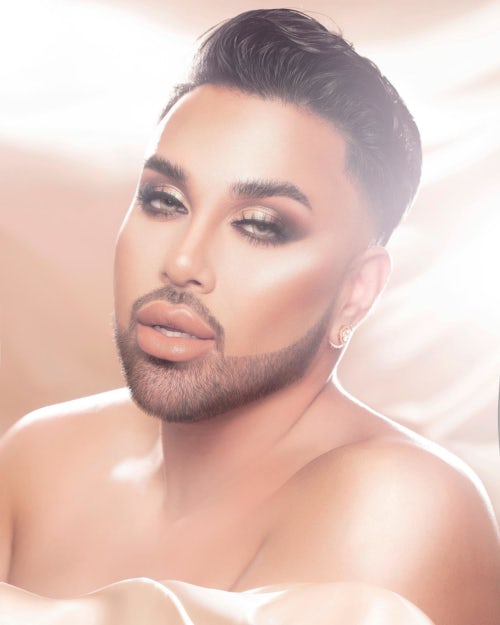 “A lot was riding on this. I can’t really afford to not launch,” Merino said. “I am depending on this cash flow.”

It turned out to be the right call: he sold three times as much makeup on launch day as his six-year-old brand’s previous daily record.

But not every influencer has been so successful. The coronavirus pandemic, responsible for over 1 million confirmed cases and almost 50,000 deaths worldwide, has shaken the foundations of the beauty industry. Sephora and Ulta Beauty have closed most stores, and consumers worried about their jobs have stopped shopping for non-essential items.

Influencers are discovering their party dresses and haircare don’t qualify as essential. Camila Coelho, Manny Gutierrez (Manny MUA) and Negin Mirsalehi are among the influencers who paused launches from their own labels last month (Coelho rescheduled hers for next week). Brands are cutting back on marketing and releasing fewer products, denying influencers the steady stream of sponsored posts and product recommendations that are a big source of income. Ulta even ended its affiliate program.

Gutierrez has seen increased views on his YouTube channel now that his fans are stuck at home. But sales for his colour cosmetics brand, Lunar Beauty, are down. He worries he’ll struggle to make new content if brands stop introducing new products and sending him samples.

“Everyone is in limbo. It feels like that time between Christmas and New Years when you’re not really doing shit. It’s that, but prolonged,” he said. “People are saving their money to buy toilet paper… I’m not going to be over here saying you have to buy makeup.”

Mirsalei, founder of haircare line Gisou, said sales are up. She planned to introduce a new product the week of March 16 but has pushed that date indefinitely, even though 90 percent of sales come from her own online shop. Branded content with long-term partners such as Dior, Revolve and APM Monaco, an accessories label, are on hold. For any labels that Mirsalehi has not worked with before, she now declines collaborations immediately because she’s not doing any sponsored posts right now.

“Influencers are also entrepreneurs,” said Raina Penchansky, co-founder and chief executive of Digital Brand Architects, an influencer talent management firm that works with 170 content creators. “A lot have teams and employees they’re responsible for. They are trying to navigate their own small businesses.”

Beauty and wellness influencers have it better than their fashion counterparts. About 10 percent of beauty labels cancelled partnerships for April, compared to 30 percent of fashion brands, Penchansky said. Some fashion influencers are experiencing a backlash because of the nature of sponsored content, but paid beauty posts — especially those relating to skincare and wellness — don’t evoke the same feelings. People may not be buying clothes right now but they are taking care of their skin and taking immunity-boosting supplements.

“If I have a super dressy outfit that a brand wants me to promote, it’s not the time,” said Coelho, who besides a sponsorship with DVF this week, is trying to distance herself from paid fashion content. Instead, she is sticking to promoting skin-care and makeup from Physician’s Formula and haircare from Kerastase. 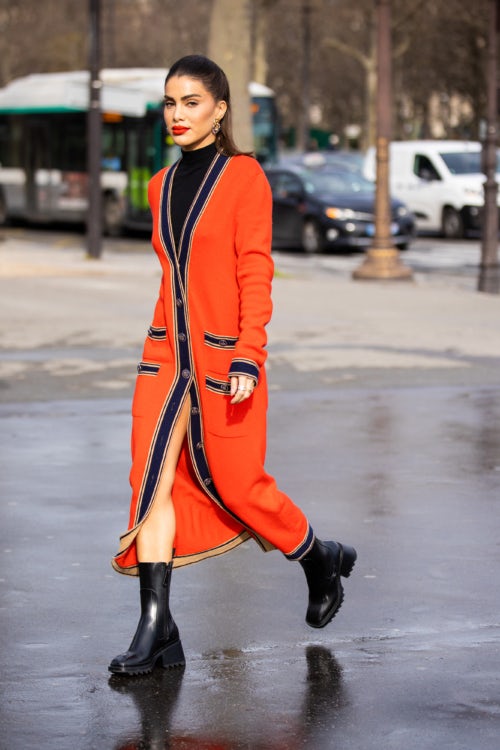 “Skin care seems to be trucking along,” said Ashley Villa, co-founder and chief executive of digital talent agency Rare Global. “The skincare campaigns that we have seem to be strong and are not being questioned right now.”

Powerhouse influencers like Starrr, Merino, Coelho, Gutierrez, Bretman Rock and Violette Serrat say fans are spending record time glued to their screens, watching, commenting on and liking photos and videos. Tens of millions of followers are scrolling Instagram, and increasingly TikTok, to see what Coelho and Starrr are putting on their faces and how they care for their skin while in self-isolation.

Mirsalehi said she is seeing two to three times more engagement because of coronavirus, and Coelho, a Brazilian born, Los Angeles-based content creator with 8.7 million Instagram followers, is seeing an uptick in engagement too. Penchansky said about half of DBA’s talent has seen a 40 to 50 percent increase in direct messages on Instagram in the past two weeks.

Followers are still in the mood for tutorials. However, influencers are switching up the type of content they’re delivering.

“The aspiration of being transformative was yesterday – right now it’s more just mentally getting through [this],” said Starrr, who no longer wants to do “an overzealous tutorial posting $1,000 worth of makeup.” Instead, he wants to take a step back to create “a lifestyle brand and [talk about] how to cope.”

He has a “full-on studio” with $20,000 worth of lights but is finding that less-produced videos are performing well, especially on TikTok.

A rare, makeup-free video of Starrr shaving his head got over one million TikTok views in six hours — compared to only a few thousand YouTube views over the same period. It’s a departure from the over-the-top makeup and dramatic transformations he is known for (he once wore gold sequin harem pants and painted his body blue from the waist up like the genie from ‘Aladdin’).

“I don’t want to seem inconsiderate to people that are going through economic turmoil right now by producing content pushing them to buy,” Starrr said. “That’s where we are in the ecosystem of beauty as advertisers. We’re advertisers, we’re influencers, we’re marketers, and we’re friends of our fans too.”

Serrat, known for her editorial, highly produced style, is going to do more live content, including answering questions on Instagram Live. She even plans to repeat outfits — typically a faux pas for fashion influencers.

Serrat said some of her consulting projects have been put on hold. But she’s moving forward with her own content and brand partnerships, with her live-in boyfriend, a photographer, shooting and producing.

Bretman Rock said his content won’t change much. He has always filmed from home, where his stripper pole is a staple in his videos. He has mixed in a little coronavirus-themed content, including a tutorial on making sanitiser.

“I have always just been putting makeup on, and putting so much fucking makeup on to have it on for 30 minutes and stay at home, it’s how I have always been,” said Rock, who in the past week has made a cast of his posterior, pierced his nose and dyed his hair three times.

Sephora announced layoffs. The retailer, which closed its stores last month, laid off 3,000 US employees.

DevaCurl’s problems aren’t going away. Consumers allege that products caused hair loss and inflamed scalps and there are at least 10 class-action lawsuits pending, but the brand insists its haircare is safe.

Beauty brands are being squeezed. With retailers extending payment terms amid the coronavirus outbreak, brands, especially indie ones, are taking a hit.

Ulta’s expansion plans are still on track. The beauty retailer will still open new stores this year, although it will be less than the 75 originally planned.

MAC Viva Glam to donate $10 million. The charitable arm of MAC Cosmetics said it will support 250 organisations through the Viva Glam 100% Giving Campaign.