LONDON, United Kingdom — Some cosmetics companies still use animals to test the safety of their products before they are released to the market. Indeed, according to a 2016 report by People for the Ethical Treatment of Animals (Peta), over 250 cosmetics brands — including Avon, Neutrogena, Guerlain, L’Occitane, MAC Cosmetics, Vidal Sassoon and Mary Kay — still use this practice, affecting what the Royal Society for the Prevention of Cruelty to Animals (RSPCA) estimates to be over 27,000 animals each year.

Animal testing can be gruesome and cruel. Chemicals are sometimes poured into the eyes of rabbits or applied to their shaved skin, while mice and guinea pigs are used to determine how much of a substance makes them sick — a process that can involve forced feeding, dermal exposure or inhalation.

But change is afoot. In 2013, the European Union, the world’s largest cosmetics and personal care market, became one of the first regions in the world to ban animal testing for cosmetics. India, Israel and Norway followed suit a year later. And, last year, a host of countries, including New Zealand, Argentina, Turkey, São Paulo, Russia, South Korea, Canada and Taiwan introduced new laws and proposals aimed at eliminating animal testing.

“We are seeing a snowball effect since the EU’s decision made regulators everywhere consider whether they need to change as well,” says Dr Nick Palmer, director of policy at Cruelty Free International, an organisation that advocates for animal testing bans. “The more countries that end animal testing, the stronger the pressure on the remaining ones not to be left behind, especially as companies still conducting tests on animals will run into the European marketing ban.” 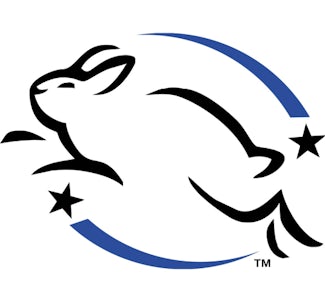 “While many of the world’s key cosmetics markets now have legislation in place or are under consideration, both the public demand and political momentum are only increasing,” adds Claire Mansfield, campaign director at Humane Society International (HSI), a leading animal welfare organisation.

Indeed, a Nielsen survey of more than 1,000 adults found that “not tested on animals” was the most important packaging claim amongst consumers of beauty products, with 57 percent of respondents selecting this over competing claims. Meanwhile, 43 percent of respondents said they would be willing pay more for products that had not been tested on animals. “These results should send a strong message to the cosmetics industry and to regulators,” says James Russo, senior vice president of global consumer insights at Nielsen.

For concerned consumers, identifying beauty products made without animal testing has become easier in recent years, thanks to initiatives like Cruelty Free International’s Leaping Bunny certification programme. Under the programme, brands that don’t test on animals can feature the organisation's rabbit logo on their products to show they have been certified — a practice that has grown in popularity with companies such as Burt’s Bees and Marks & Spencer.

What's more, today, there are many alternatives to animal testing. According to Chris Flower, director general of the UK Cosmetic Toiletry and Perfume Association (CTPA), more than 20 alternative test methods have been developed and validated by the Organisation for Economic Cooperation and Development (OECD) to date. Methods include microdosing (where humans are given very low quantities of a substance to test its effects on the body at a cellular level) and non-invasive imagery techniques — such as MRIs and CT scans — as well as computational methods, including simulation models and virtual drug tests. 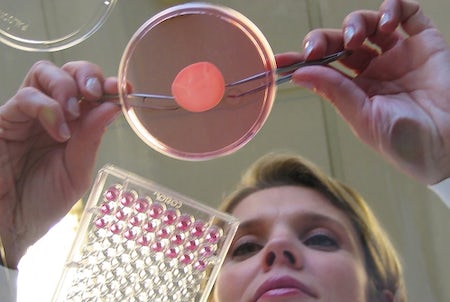 In vitro testing — using test tubes and models based on human cell and tissue culture — is also growing in popularity. “The global in-vitro market is projected to grow to about $9.9 billion by 2017 and this growth has been directly attributed to legislative policy decisions in the EU,” explains Mansfield.

Another cruelty-free alternative to animal testing are human skin equivalent systems, which can be used to measure the skin corrosivity and irritation of chemicals used in cosmetic products. The L’Oreal Group, which declined to comment for this article, owns major brands like L’Oreal Paris, Garnier, Maybelline and Lancôme, and has been researching methods for creating artificial skin for testing products for several years. Indeed, the French cosmetics giant has a large lab in Lyon, France, where it produces EpiSkin (a model of reconstructed human epithelium) from incubated skin cells donated by surgery patients. Last year, the company partnered with bio-engineering manufacturer Organovo to 3D print human skin, so that its products could be tested without the use of human volunteers or animals. Some analysts predict the 3D-printed skin industry could reach $1 billion in sales by 2020.

Alternatively, companies can ensure their cosmetics products are harmless to humans by simply using established ingredients. “We have always avoided using newly invented chemicals and ingredients,” says Hilary Jones, ethics director at cosmetics company Lush. “For us, it’s important that all of our business practices are inherently cruelty-free.”

But avoiding animal testing altogether comes with challenges. “There are quite significant implications on our supply chain when we purchase ingredients, because we have to receive signed declarations from our suppliers confirming that the materials we use have not been subject to animal testing,” says Christopher Davis, international director of corporate responsibility at The Body Shop, which has long avoided animal testing. “This adds a further complexity to our processes, but we have been running the company based on this philosophy for decades. It is part of our DNA.” 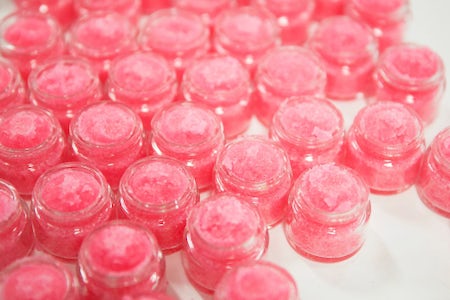 One of the biggest problems lies with China, where cosmetics sales are worth $26 billion a year, and are expected to grow by 8 percent each year until 2017, making it the third-largest market in the world, according to research firm Euromonitor. In China, for certain cosmetics products, animal testing is not only legal — it is mandatory. "Some countries still require animal testing of cosmetic products under their own laws. Indeed, the Chinese government currently carries out such testing for imported products, irrespective of the wishes of companies,” says Flower. What that means is for beauty companies who sell in China is, even if their products are cruelty-free up until that point, they become complicit in supporting animal testing.

“Cosmetics companies, including Estée Lauder and Clarins, have policies on their websites stating they do not test on animals anywhere in the world — except when required by law. Yet, these companies market their products in China where animals will die for any eye shadow or a lipstick,” says Mimi Bekhechi, UK director of Peta. L'Occitane, Yves Rocher and Caudalie are among the big brands that have previously had their Leaping Bunny certifications retracted for this reason.

In June 2014, China relaxed its law on animal testing. Such testing is now only required for specific products, including hair dyes, perms, straightening treatments, deodorants and sunscreens. However, the change only affects companies that manufacture their products domestically. As a result, companies that manufacture abroad must still test on animals. (Interestingly, cosmetics purchased on foreign e-commerce sites for delivery in China do not require animal testing).

Recently, the country has started to investigate methods to replace cosmetics animal testing with the assistance of British scientists — part of a growing cooperation between the two countries, which was formally agreed between David Cameron and China’s president, Xi Jinping, during a state visit to Britain in October 2015.

Japan is another tricky market. Although Japanese laws do not require animal testing for cosmetics, neither do they ban such tests. One of the reasons, says Manfield, is convention. “That’s the way it’s always been done. Animal tests are familiar, even if they’re flawed.” But Dr Hajime Kojima, who heads up the Japanese Center for the Validation of Alternative Methods, believes change is on the way. “To be honest, many firms didn’t expect the European ban on cosmetics animal testing to go through as quickly as it did. However, it did go through and Japan has been pulled along into this new era,” he says.

“Pragmatically, we can’t expect the entire industry to change overnight," says Palmer. “Countries are commonly adopting a phase-out, giving a few years for companies and the testing establishment to change over to non-animal methods. But the trend is apparent and it’s clear that it will be very hard to run a cosmetics business in the future using animal testing methods, as more and more markets move out of reach.”

“Nobody wants to be known as the last major cosmetics company that still thought it necessary to cause animal suffering,” he adds. “Ultimately, we expect it to become an antiquated notion that no serious company will pursue.”