Ulta Beauty Is Kounting on the Kardashians 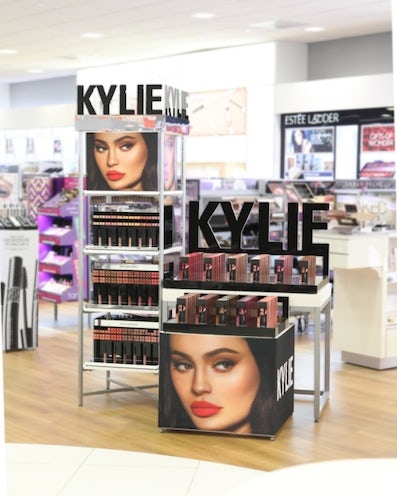 Ulta is officially in the Kardashian/Jenner business, and so far, business is good. Securing exclusive rights to Kylie Cosmetics, and, starting last week, Kim Kardashian’s KKW Fragrance, was a much-needed coup for the beauty retailer, which is battling Sephora to lock down tomorrow's best-selling brands (Sephora nabbed Rihanna's Fenty Beauty last year). Ulta needs a constant stream of must-have exclusives to drive store traffic, as the company is opening new locations by the dozen even as sales growth slows. The promise of hordes of Jenner fans swarming stores has largely erased concerns, and early reports of product sellouts in some locations are a promising sign.

The Bottom Line: Kylie Cosmetics helps complete Ulta's makeover into a purveyor of prestige products alongside mass brands. That will help the US retailer if it decides to challenge Sephora overseas. 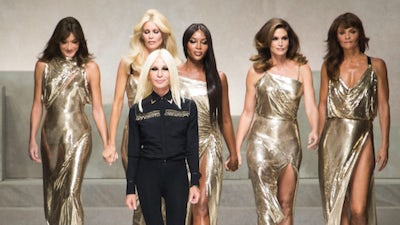 It's not unusual for a major European luxury house or two to alight on New York for their traveling pre-fall shows. Versace is holding its first pre-fall show, and its first of any kind since agreeing to be acquired by Michael Kors (though the company insists the timing is purely coincidental). Chanel's event is a more conventional show of strength, though it comes on the heels of a renovation of the brand's Manhattan flagship. The potential pool of New York retailers has swelled, with Neiman Marcus and Nordstrom opening department stores next year and mega-boutiques like 10 Corso Como opening outposts in an already saturated luxury market. The spate of store openings only increases Manhattan's appeal with wealthy tourists and well-heeled Gothamites, two key constituencies for Versace and Chanel.

The Bottom Line: With global growth seen slowing next year, it remains to be seen whether luxury customers will be as free-spending when the pre-fall collections hit stores next summer. Regardless, the US remains luxury's biggest market (though that may change next year, according to BoF and McKinsey & Co.'s latest State of Fashion report). 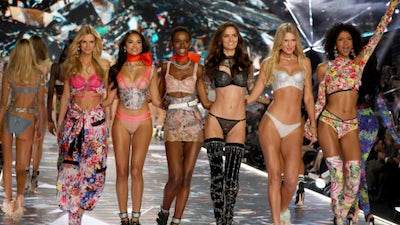 The Victoria’s Secret fashion show was filmed less than a month ago, but it already feels like a relic from a distant era. Since the show, Tory Burch and Club Monaco veteran John Mehas replaced Jan Singer as the ailing lingerie brand’s chief executive (though parent L Brands marketing director Ed Razek, who recently told Vogue including plus-size or trans models in shows was of "no interest," remains). L Brands CEO Leslie Wexner has promised “everything” will be reviewed. That’s raised hopes Victoria’s Secret will begin to prioritise comfort and extended sizes over push-up bras and a narrow take on sexy, weak points competitors have used to grab market share. For now, the only confirmed moves are the re-introduction of swimwear, footwear and eyewear — not the sort of change many consumers are looking for.

The Bottom Line: After years of dismissing cultural shifts as fads and fake news, Victoria’s Secret seems ready to acknowledge it has fallen behind the times. The brand can’t wait until next year’s fashion show to unveil its new look. 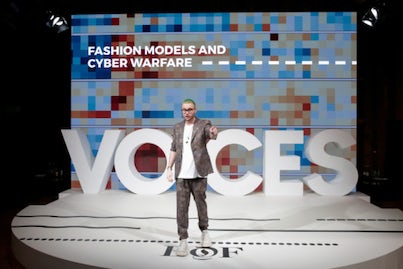 Christopher Wylie speaks on stage during #BoFVOICES | Source: Getty Images for The Business of Fashion

"It is up to you if Trump or Brexit become the Crocs or the Chanel of our political age." -Cambridge Analytica whistleblower Christopher Wylie

“Glamour is electrifying and maybe electricity is better generated by engineers. Fashion might not be that fast and not as electrifying, but we remain an industry that creates dreams.” -superstar designer Alber Elbaz

"They shouldn't have fired me." -Activist Kalpona Akter, on the incident that turned her work on behalf of Bangladeshi garment workers into a global crusade.

“Feminism has been alive and well in India for a long time. What has changed is where they are pushing back against the status quo and they now have more of a platform with social media." -The Swaddle founder Karla Bookman

“In this moment, people are more in love with the idea of resistance than the work of resistance.” -DeRay Mckesson, an activist and author best known for his work with Black Lives Matter.