Can Ferraris, A Private Jet and Four 20-Somethings Sell Fashion?

Can Ferraris, A Private Jet and Four 20-Somethings Sell Fashion?

Yet it’s exactly what London-based, youth-oriented media company Kyra put out last year with its first piece of branded content for its online video series PAQ — a weekly challenge-based YouTube show focused on men’s fashion and streetwear. It’s quickly growing a loyal following and already has over 420,000 YouTube subscribers, who are attracted to the show’s non-exclusive and inviting approach to men’s fashion created by the informal, real and upbeat attitudes of its four hosts, Dex, Elias, Shaq and Danny.

The video was seen by 720,000 unique viewers, 92 percent under the age of 30. Kyra had just convinced hundreds of thousands of Gen Z consumers to play a 12-minute advertisement for Converse, with the average viewer watching three-quarters of the video. In the advertising world, they’d struck gold.

"The easiest way to describe PAQ to a stranger is to compare it to Top Gear," says co-founder and head of creative, James Cadwallader. 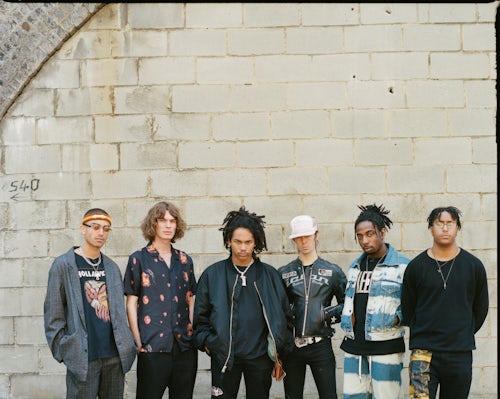 Kyra’s pitch to brands is that its long-form videos will stand out from the blizzard of mainly short clips churned out by brands and publishers for social media. Kyra gets on average 500,000 to one million viewers, who watch 75 percent of a typical 25-minute video. For partners this means viewers are spending 18 minutes with the brand — a fortune in an advertising industry where companies are increasingly paying for total time spent viewing an ad, rather than the outright number of viewers.

"[Working with PAQ] is part of our strategy to connect with, and enable, genuine voices within youth culture," says Max Firth, Western Europe brand director at Converse. "From a results perspective, engagement on all our [collaborative] content has always been very high and positive with their community."

"Working with PAQ on the Levi’s episode brought an incredible reaction. It's so rare in an age where fast, digestible content is favoured over long form video," adds Jason Kyriacou, brand marketing director of North Europe at Levi's.

Since the Converse video, PAQ’s hosts have settled on a regular format for branded content: the brand that co-creates an episode sets a challenge for the four hosts that is in line with values and the aesthetic of the partnering brand, after which a winner is chosen by a guest judge. Past ones have included model and actor Luka Sabbat, influencer Leo “Gully Guy” Mandela and 16-year-old musician Billie Eilish.

PAQ has already worked with over a dozen fashion brands, including Adidas, which challenged the hosts to create a lookbook, Levi’s, which set up a festival customisation challenge and Puma that set up a vintage shopping battle. Brands pay upwards of six figures per episode, which have resulted in Kyra generating seven-figure annual revenues.

The media company’s 28-year old co-founder and chief operating officer, Devran Karaca argues that in order to create an engaging show, it must have a captivating format that people will watch from minute zero to minute 25; it also needs the right talent and consistency in terms of its programming (PAQ launches weekly episodes on Thursdays). Lastly, and most importantly, it needs to generate a certain amount of money in order to be commercially viable.

“The content we make is very premium, we’re not making little Facebook videos that have text all over them, it’s like TV,” says Cadwallader. “We shoot on £30,000 cameras, use drones, studios, lighting set-ups and art direct it, everything is in-house.”

“Kyra has definitely attracted some plaudits for its innovative approach,” explains Alex DeGroote, founder of media consulting firm DeGroot. According to DeGroote, long-form content is growing in importance due to superior technology devices and unlimited data plans for consumers.

“In this space, Kyra has a first-mover advantage, which should support them for some time. Influencer marketing right now is getting a bad rep for fraud, so we would expect long-form to thrive. This bodes well for Kyra, which is at the high-quality end for sure,” says DeGroote.

While the strategy is expensive, by consistently putting out weekly videos Kyra is able to be responsive with feedback from its community. Meanwhile its four hosts — who along with PAQ’s official Instagram page, have a collective following of 825,000 followers — each speak to an individual consumer group. For instance Shaq speaks to a more artistic and creative viewer, while Danny's quintessentially British, new-age style connects to a viewer that is more experimental with their fashion choices. The average age of Kyra’s 40-plus team is 23, which according to Cadwallader is important as this group “truly understands the audience.”

This has all resulted in PAQ’s YouTube following jumping from 300,000 to 400,000 subscribers in just 64 days, a big leap from the 235 days it took them to acquire the first 100,000. In the last 28 days alone, its content got 50 million minutes of watch-time. In comparison, it would require 1 billion 3-second views — the current average video view time on Facebook’s news-feed — to achieve Kyra’s monthly watch-time.

Being unfamiliar with a video’s sweet spot in terms of its length, Kyra started creating 7-minute videos after which it slowly kept increasing the duration. “You can talk very authentically about what a brand is doing in that time,” says Karaca.

And as fashion brands are increasingly moving over to a cost-per-second metric — instead of looking at the total number of views — to measure the success of their video campaigns, Kyra’s value proposition is highly attractive.

While Kyra’s approach to video might seem like a simple formula, it took the team years of trial and error to understand the market and to see where there was room for disruption.

Without any formal background in marketing, media or fashion, Kyra’s four founders — who include a former Ernst & Young accountant, a Formula 1 engineer and rocket scientist, an aerospace engineer and an ex-gold trader — found themselves unfulfilled in their day jobs. Feeling frustrated by not being able to find good bars, they created mobile app Dojo in March 2014 (with a small financial backing), which enabled users to explore London and later Paris after which it started working with mass-consumer brands such as Dove, KFC and Peroni on branded video content.

By then, they had an itch to start a platform for themselves which could be monetised through video content, and Kyra was born. “The vision was to create a brand that could become a household name and create video-franchises that would change the lives of young people around the world,” explains Cadwallader.

While the group found quick success with PAQ, scaling Kyra beyond just one hit show was difficult, Karaca says. Greatness, an uplifting, human interest-focused series featuring two female hosts travelling around the world, and Bad Canteen, a third series which revolved around six aspiring chefs, have since been discontinued or have been put on hold. The speed of both shows simply wasn’t right, argues Karaca.

“The amazing thing about this digital ecosystem that we live in is how fast you get feedback, whether that be from our clients or viewers,” says Karaca. “With Greatness and Bad Canteen, we slowed down our learnings compared to PAQ. Greatness, which was twice a month is potentially more suited towards a Netflix platform while with Bad Canteen, we tried to overdo it with two or three episodes a week.” 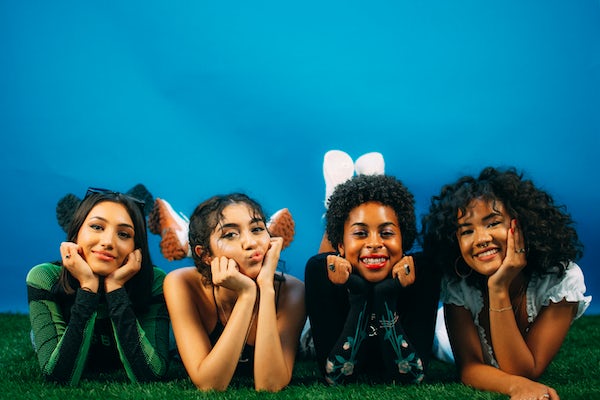 The learnings will be put to a test later this month when Kyra launches its biggest show to date, NAYVA. With its eyes set on the $500 billion global beauty industry, the weekly beauty and fashion series, created and hosted by an all-female team, will much like PAQ be challenge-based series at first but will have a distinct aesthetic tailored to young women.

“There are loads of beauty influencers and it’s a saturated market but we’re going to do something completely different. This could blow up, that’s what we hope,” says Karaca.

About 140,000 people hit the online application page to become one of the show’s four hosts. After going through 16,000 video submissions, and multiple audition rounds held in New York, London and Los Angeles, the team chose one woman from London and three from Los Angeles — all aged between 17 and 20.

Looking forward, Kyra is looking to dip its toes into scripted content and plans to shift to a more video-on-demand model. Its biggest goal, however, is to break into the luxury market with PAQ and NAYVA. “It’s a big priority for us, both from a brand perspective and commercially speaking,” says Sam Joseph, Kyra’s global head of brand partnerships.

Luxury brands that were hesitant at first are slowly seeing the benefits of partnering with Kyra, which has already teamed up with Moncler, Farfetch and Hugo Boss.

“Brands are spending so much money, making beautiful video content but the problem now is that no one is caring about it as it lacks narrative,” says Cadwallader. “What we can do is offer them the opportunity to make fashion film that gives them engaged audiences while focussed on the brand’s values.”

“We’re trying to create the next Netflix or Disney,” says Karaca. “We know we’re in this to build a business that will be around in the next 100 years.”

The New Essentials of Video Marketing