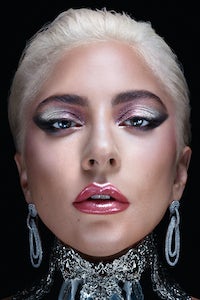 After all, it’s makeup that allowed her to invent “Lady Gaga” in the early 2000s, she said, after dropping out of college and moving to the Lower East Side, where she worked as a waitress-bartender-go-go dancer. But it took another 15 years for the Grammy, Academy, Golden Globe, Billboard and even CFDA Award winner to start her own beauty brand, Haus Laboratories.

Her timing — a campaign video went live Tuesday ahead of a planned September launch — is impeccable. The singer and actress has long positioned herself as the embodiment of authenticity and inclusivity, traits consumers have come to demand from new beauty brands, whether it’s Glossier’s connection to its community or Fenty Beauty’s 40 plus shades of foundation. It’s the opposite of the filtered, Facetuned brand of “authenticity” spawned by the Instagram era.

Perhaps more than what she’s selling, it’s where she’s selling that runs counter to the beauty mainstream. Haus Laboratories will be the first major beauty brand to be sold exclusively on Amazon. In going with the marketplace, Lady Gaga is taking a risk: Although cosmetics sales on Amazon are growing fast, it has yet to cement its status as a beauty destination. For Amazon, having an exclusive brand fronted by a celebrity of Gaga’s stature could shake up an industry where most high-profile beauty launches take place at Sephora or Ulta. But, instead of sharing shelf space with rivals at specialty retailers, Gaga will have the spotlight more or less to herself in front hundreds of millions of Amazon customers worldwide.

Plus, the e-commerce behemoth just gets her, she said.

No message of self-acceptance, no deal.

“There are companies that see me, what I stand for and the way that I view the world, and if it’s not perfectly in line with what they do and they’re worried about alienating consumers... They’ll be like, ‘Can you just change half of the equation?’ (which for me is the entire equation) so that we can ‘do a deal,’” Lady Gaga said in an interview at The Mark Hotel, addressing her long-rumoured beauty brand for the first time. “The answer is no. No deal. No message of self-acceptance, no deal. This [deal with Amazon] was so wonderful because this was like, ‘Let’s make a deal, let’s make a deal to change the world with their beauty.’”

It’s the end of June, but Lady Gaga’s dressed in all-black leather trousers and a leather blazer, matching Haus Laboratories’ sleek matte black packaging and the series of black mood boards lining the wall of her suite at The Mark. She has plans to go out later that night “incognito” in a brown wig, “A Star is Born” style, to visit her old stomping grounds in lower Manhattan.

It’s here, when she was still known as Stefani Germanotta, that she said she discovered herself through makeup. She credits vintage shopping and immersing herself in an “incredible sub-culture” of local artists — plus boatloads of drugstore and Mac cosmetics — for helping her morph into the multi-hyphenate she is today. Her new friends encouraged and praised her makeup; they called her “the female Freddie Mercury,” and soon “Gaga,” after the Queen song “Radio Gaga.” 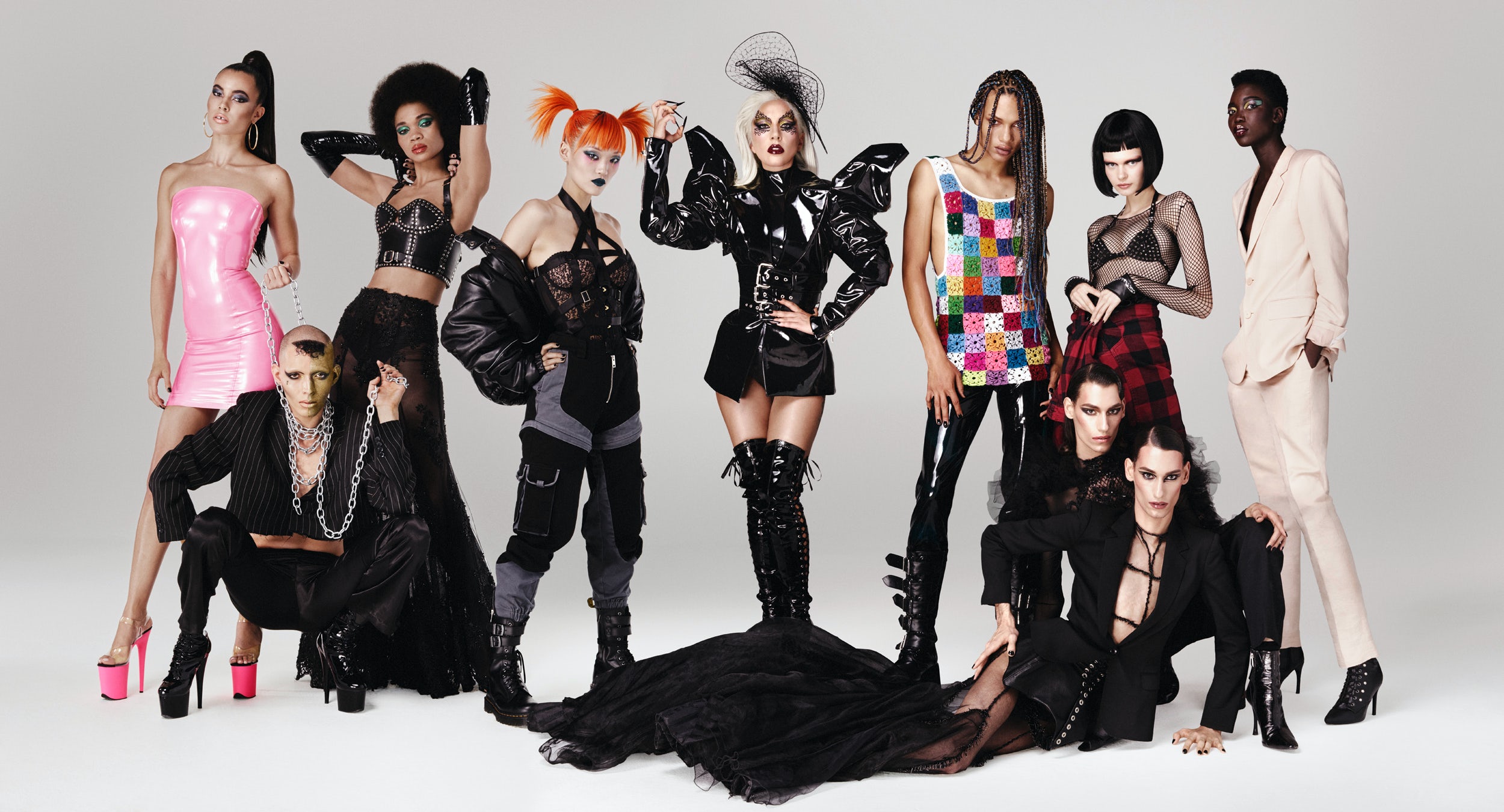 “Colour is completely transformative — it’s powerful, it’s beautiful, and it’s how I found my voice with makeup,” the singer said to explain why makeup, rather than skincare or haircare, is Haus Laboratories’ entry point into beauty. “I discovered myself, but also other people discovered me, for me, through the way that I was expressing myself.”

Haus Laboratories is designed to have broad appeal: multi-use colour items for cheeks, eyes and lips come in six shade families, with kits containing all three products priced at a relatively affordable $49. She hinted that a full colour collection is on the way.

Lady Gaga refers to her brand as a “start-up,” and it marks the first time she’s independently launching a product (her previous foray into beauty, the fragrance “Lady Gaga Fame,” was a licensing deal with Coty that has since ended). But it’s a start-up with some serious financial and logistical firepower out of the gate. Lightspeed Ventures, which backed Goop and Stitchfix, is an investor, and she employs a team of 15, including veterans of Milk Makeup and LVMH-owned Benefit Cosmetics.

And then there’s Amazon. The e-tailer plans to simultaneous launch in nine countries on three continents, including the US, France and Japan, instantly putting Haus Laboratories on similar footing to the latest creation from L’Oréal or Estée Lauder. The initial nine markets also don’t count customers in countries like China and Singapore who can order Amazon products through its global store.

“I do think from day one it should be pretty hard not to get our stuff,” said Ben Jones, chief executive of Haus Laboratories. He’s a former executive at The Honest Company, as well as Zynga, developer of wildly popular — and highly addictive — mobile games like Farmville and Words with Friends.

For Amazon, Lady Gaga puts an internationally famous face to its quest to become a serious player in the beauty industry. The retailer quickly captured a slice of the beauty market after stepping up investment in the sector last year. In the spring, it introduced Belei, a private label skincare for its US market, and in January, Find, a private label makeup brand, debuted in the UK. Last month, Amazon announced it was launching an online beauty store for makeup artists, stylists and other professionals. Shares in Ulta and Sally Beauty sank.

Colour is completely transformative... it’s how I found my voice with makeup.

What it lacked was a marquee brand to plant the idea of Amazon.com as a beauty destination in consumers’ minds.

Of course, for any of this to work, there has to be a product people want.

A video shot with photographer Daniel Sannwald went live Tuesday, both on her Instagram account and the line’s e-commerce destination, Hauslabs.com. She played it twice, at the beginning and end of her interview with BoF, to underscore the message of self-love she hopes to rouse in fans. The cast includes a diverse group — in terms of both ethnicity and gender — who sport equally diverse beauty looks, from orange hair to black lips to barely-there makeup.

“When we made this film, I really wanted that feeling of self-discovery and self-acceptance and really loving who you are in a way that may be completely unconventional,” Lady Gaga said.

“We’re making these beauty products available at the exact same time to everybody globally through the online channels,” she said. “It’s a really interesting way to think about how this is turning beauty on its head.”

The goal is not just to acquire customers; it’s about lifetime value and repeat purchasing — common threads in gaming and beauty consumption, said Jones.

Where a mobile game’s success might hinge on hyper-engaged players completing micro-transactions to advance, a thriving beauty brand relies on a healthy replenishment business from its most loyal consumers. To achieve this, Jones and Lady Gaga assembled a team that “looks different” than other beauty companies: it’s half beauty and half tech. Employees include former colleagues from Jones’ gaming days to Lady Gaga’s long-time makeup artist Sarah Tanno, the brand’s global artistry director.

Rihanna’s Fenty Beauty also hit on themes of inclusivity to huge success. Thanks to a splashy launch with a 40-shade foundation range, Fenty has become the gold standard for the modern celebrity beauty brand, nearly reaching €500 million in sales in its first year, part-owner LVMH said earlier this year.

Lady Gaga is no doubt hoping for a similar reception, aided by Amazon’s unparalleled global reach and logistics network, which can put orders in consumers’ hands within one to two days in the nine countries where Haus is launching (or even the same day in certain cities).

“We have a great partner, we have great investors — but we are still a start-up,” Jones said. “At the end of the day… we’re not owned by LVMH.”

Amazon’s budget-conscious customers might still need to be convinced to spend on makeup as if they’re at Sephora.

Haus Labs’ price point, though lower than prestige labels like Too Faced or Tarte, is still higher than Amazon’s typical beauty offerings. The brand’s lip gloss will cost $16 when sold separately from the kit; all of Amazon’s 10 top-selling products in the category retail for under $8. However, the prices are in line with the marketplace’s own in-house beauty brand, Belei.

“I don’t think we’re concerned with the price point,” said Nico Le Bourgeois, head of Amazon Beauty. “The quality of the product is going to be absolutely outstanding so, from that perspective… it’s going to be a great deal for customers.”

Communicating a makeup product’s quality can be tricky online, even with a celebrity face attached. Unlike television or books, consumers want to try new makeup before they buy. And the internet is littered with celebrity cosmetics brands that failed to take the world by storm.

According to a Piper Jaffray survey from April, Amazon ranked as a top five beauty destination for female teens for the first time, with four percent identifying the marketplace as their favourite beauty retailer. Ulta and Sephora took the top two spots with over 30 percent each.

I’m sure as hell not going to put out a beauty brand that is going to drive insecurity and fear into people.

Much of Amazon’s gains came at the expense of Target and Walmart rather than the specialty retailers.

“If you look on Amazon, mostly it’s the mass brands,” Erinn Murphy, a senior research analyst at the bank, said in April. “You’re not getting the luxury offerings you’re getting at Sephora or Ulta.”

The brand will also use its own website to speak directly to Gaga’s fans or “little monsters.” Although the product on the site will mirror what’s sold at the e-tail giant, the experience will differ in terms of content.

“You’re not going out-Amazon Amazon,” said Jones. “What you can do is differentiate through unique storytelling… you can start the conversations on our site. Gaga obviously has several hundred million followers over the social media channels that she can have conversations with.”

It’s these conversations, led by an overarching message of self-acceptance and unabashed confidence, that will eclipse even the product, Lady Gaga said. She’s not denigrating the high quality of her makeup — she thoroughly swatched and tested product on her forearms and lips to show how liquid colour dries into a powder and that gloss doesn’t dry out her lips or move once applied.

It’s just that sometimes, the message is more important.