SHANGHAI, China — It’s the LVMH brand you’ve probably never heard of. Launched quietly a few years ago, this beauty marque is tapping into unchartered territory for a prestige brand and doubling its revenues every year in the process — and no, it's not following the Fenty Beauty playbook.

Cha Ling is a brand developed by Laurent Boillot, chief executive of Maison Guerlain, inspired by Chinese Pu’er tea and traditional Chinese medicine (TCM) traditions. Though it may seem unusual for a French luxury conglomerate to be tapping into ancient Chinese herbal wisdom, the launch is part of a broader movement of Chinese people re-embracing their own cultural traditions in contemporary ways.

“I can sense the pride in Chinese culture and a longing for connection with that. I hear young women saying, ‘My parents were deprived of their culture, I want to retrieve my culture.’ It’s not only about raising the Chinese flag, that’s not where it’s coming from,” Boillot told BoF on a recent trip to China, a country he has been visiting for the past 15 years.

According to Euromonitor, retail sales of skincare products in China reached 212.2 billion yuan ($30.85 billion) in 2018, representing year-on-year growth of 13.2 percent. Chinese herbal cosmetics have been an important part of that growth, opening up a new sector in the market as young consumers begin to concern themselves more about the ingredients and quality of the products they buy.

Given the colossal size of the opportunity, Asian beauty industry leaders may be surprised to learn just how long it took a big international player to cash in on TCM beauty. But LVMH and others are leading a movement whereby western brands are finally looking beyond Korea and Japan for R&D trends and inspiration around Asia.

Cha Ling, which launched in 2016 and is currently sold through 10 boutiques and spas in Paris, Hong Kong, Hangzhou and Shanghai, believes it has cornered a cross-cultural market niche, with its Chinese-inspired ingredients developed and manufactured by LVMH experts and facilities in France.

I hear young women saying, ‘My parents were deprived of their culture, I want to retrieve my culture.’

“China has such a great culture. But when I was visiting China and listening to people, what I was hearing was a lack of self-confidence, that ‘Made in China’ was low-quality, that products from Europe, Japan and Korea were [perceived as better].”

With just three years behind it, the brand’s success is far from assured, though Boillot says revenues are “on track” with doubling of growth every year. And clearly it represents a drop in the ocean for LVMH revenues.  But at the brand’s original Mainland China outpost, in Shanghai’s Taikoo Hui mall, Boillot claims that Cha Ling is “among the top-ranking” stores there. The beauty floor is dotted with names such as Guerlain, Tom Ford, Dior, Fresh and dozens more.

But in a market driven by novelty, why is a brand that taps into a tradition spanning over 2,000 years resonating so strongly with Chinese consumers?

In recent years, as the Chinese government has tried to roll out universal healthcare to its more than 1.4 billion people, officials from President Xi Jinping down have talked up the benefits of TCM, which costs much less to offer in China and is still popular, especially in rural areas.

TCM ingredients are used in China in the belief that they can treat everything from the common cold to cancer, and even modern, middle-class consumers who might turn to Western medicine to cure serious ailments, will still apply TCM theory to daily life without thinking.

Beauty players have found many ways to incorporate these ingredients. Brightening and UV-blocking ginseng, a variety of mushrooms known for their age-reversing properties, skin nourishing ginko biloba and detoxing mung beans are just a few. Tea is similarly part of TCM — known for its anti-oxidant properties.

For beauty players tapping into TCM, one advantage is that such ingredients and their purported efficacy need less education than other ingredients when they are introduced in products. TCM is familiar to Chinese people of all ages and backgrounds.

“TCM links generations here, it’s not something that is just relevant to the older generations, it’s something young people feel they need in their lives, so it’s very relevant for them,” Baillot explained. 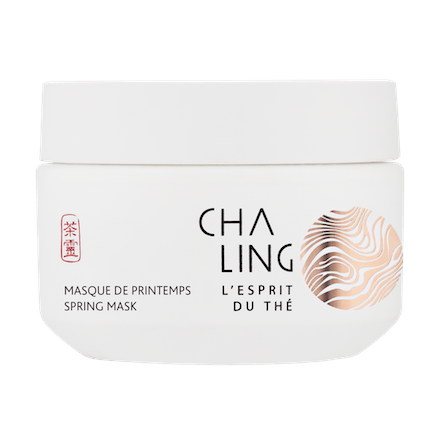 For Baillot and executives like him, the more important point is that TCM appears to be something Chinese consumers are willing to pay a premium for.

For example, data from market research firm Mintel reveals that Chinese beauty consumers are willing to pay more for sheet masks that contain rare TCM, with hero ingredients like rhodiola, ginseng and mushrooms popular among Chinese consumers, whether in food and drink, or beauty and personal care.

Other factors are driving the TCM boom.  A growing sense of cultural pride and local manufacturers’ move up the value chain means that attitudes are changing. Fewer Chinese consumers now assume that local ingredients or traditions are inferior in quality or efficacy compared with their Western cousins — especially among the youth demographic.

This rise in national pride — known as guochao — is impacting consumer decisions across categories from home appliances to sportswear brands. But what it means is that Chinese incumbent beauty players, who are deeply entrenched and highly competitive, have a natural advantage.

Unsurprisingly, Chinese herbal beauty is an area in which domestic brands do rather well. International interlopers have traditionally dominated skincare and beauty in the Chinese market, with European and Japanese brands at the premium end and K-Beauty proving popular for more budget-conscious consumers.

Among Chinese beauty players, Shanghai Jahwa is one of the biggest, with the conglomerate announcing revenues of 1.95 billion yuan (or $283.47 million) for Q1 2019, a 5 percent year-on-year increase for the period.

Though they don’t break down revenues for individual brands, Shanghai Jahwa have been investing heavily in Herborist, a TCM-focused brand launched back in 1998 that has caused something of a sensation among Chinese beauty KOLs (influencers) on Xiaohongshu and Weibo over the past few months. Its Brightening Essence Mask (currently for sale on the brand’s Tmall store for 179 yuan, or $26, for a 12-pack) is a favourite.

“Herborist has attracted more young users, aged 18 to 25 years old, in the first half of this year. Owing to a viral campaign in May and June, [our] new mask became one of the best-selling products of the brand, reaching millions of new consumers,” Marketing Director of Herborist Huang Zhikai told BoF.

Alongside Herborist, Pien Tze Huang and Ma Ying Long are traditional TCM pharmaceutical brands that have transitioned into skincare products in recent years, while Xie Yu Chun a heritage brand from the Qing Dynasty, which first appearing in the market back in the 1830s, is having something of a revival.

Last year’s break-out television drama, The Story of Yanxi Palace, which was watched by 700 million Chinese, ignited numerous beauty and make-up trends inspired by imperial China. The success of shows such as these is sure to pave the way for more TCM beauty as a focal point.

Cha Ling isn't the first international conglomerate to try its hand at the TCM game, with Procter & Gamble first launching its Oriental Therapy brand, featuring traditional Asian ingredients, back in 2013, before discontinuing the line. P&G declined to comment for this story.

The intervening years, however, have seen something of a boom in Chinese herbal cosmetics. Perhaps encouraged by these trends, Oriental Therapy was resurrected in June this year. Positioned price-wise between Olay and SK-II, with natural ingredients such as ginseng, green tea, saffron and honeysuckle, Oriental Therapy is part of a years-long rebuilding effort from P&G in Mainland China, where it was slow to adapt to the consumption upgrade of discerning middle-class consumers.

L’Oréal, meanwhile, acquired its way into the TCM sector, buying the original high-end Chinese TCM brand, Yue-Sai, named after its founder Yue-Sai Kan, in 2004 for a reported $50 million.

The brand spent a few years in the wilderness, as upmarket marketing campaigns fronted by supermodel Du Juan failed to resonate with premium consumers due to a lack of significant differentiation from international brands at the same price point.

But shortly after putting TCM ingredients at the forefront (Yue-Sai advertisements almost always feature their hero ingredients: ganoderma and cordyceps mushrooms), the brand has seen something of a renaissance.

Keen to Be Green

Aside from national pride, the other consumer sentiment Boillot has found encouraging from Cha Ling’s perspective is a broader desire for natural products, which goes hand-in-hand with the trend for TCM. The brand guarantees at least 85 percent natural ingredients in its formulations.

Research from Reuter Communications has found “clean” beauty to be a key trend among luxury consumers in China, particularly younger consumers, for whom the term “natural” is tied up with sustainability (a hot button issue for young people who have come of age breathing the smog of China’s major metropolises), and health and wellness.

“I don’t see this as a surprise, with everything that’s happening in the beauty space in China,” said Reuter Communications Head of Fashion and Beauty, Jerri Ng, of the trend for TCM beauty products.

“It’s promoting Chinese culture, but it’s also promoting sustainability. Chinese people forgot that, when they were caught up in their desire for Western products, some of the best ingredients and the best beauty knowledge was in their own backyard.”

Laurie Du, Senior Beauty Analyst at Mintel Beauty & Personal Care, agrees that TCM is particularly relevant to a younger population. “Despite their unhealthy lifestyle choices, younger consumers still want to adopt a healthy diet, have enough sleep and exercise regularly. This is an aspect that TCM can support,” she said.

In a diversifying market, it’s likely that much of the consumption, especially from younger consumers, might initially be from mid-priced domestic brands with a reputation for quality, though for high-priced hero products, international brands with their reputation for world-class R&D still have an edge.

Chinese people innately understand the efficacy of TCM, so why not promote that?

For both global and Chinese brands hoping to capitalise on the new trend (or a very old one, depending on your point of view), the most important thing to Chinese consumers remains efficacy and authenticity.

“Understanding and relatability is a key component in terms of beauty and skincare. Chinese people innately understand the efficacy of TCM, so why not promote that?” Jerri Ng asked.

However, global players should approach TCM with caution. A significant segment of Chinese society is growing sceptical of traditional Chinese medicine as an ingredient in beauty products.

In recent years, several high-profile scandals have seen unscrupulous entrepreneurs either make bold, unsubstantiated claims or attempted to sell dangerous products linked to TCM. Such scandals have — arguably unfairly — sullied the reputation of the wider TCM movement for some science-focused Chinese beauty industry leaders and consumers.

Other risks for western brands include accusations of cultural appropriation or tone-deaf marketing. For foreign brands, the authenticity part of this equation might be the harder nut to crack, though Cha Ling’s Laurent Boillot believes they have struck the right balance.

“There’s no pretension from our side about telling Chinese how to do TCM; we are inspired by Chinese traditions. It’s a dialogue and Chinese people appreciate this,” Boillot said.

Is Clean Beauty Now a Dirty Word in Europe?