A new wave of start-ups shaking up the textured hair care space are catching the attention of major retailers and investors, grabbing more shelf space and venture capital.

A new wave of start-ups shaking up the textured hair care space are catching the attention of major retailers and investors, grabbing more shelf space and venture capital.

For most of her life, Australia-based Maeva Heim had used chemical straighteners on her curls, buying hair care products for straight hair. But when she decided to start wearing her hair naturally in 2016, she was struck by the lack of cool, modern brands to choose from.

“I went to the quote unquote ‘multicultural hair care’ aisle and I was very taken aback by the state of this category,” she said. “It felt like it was stuck in 1995, nothing had really changed, and all of the brands really looked and felt the same to me.”

Soon after, Heim dreamt up the idea for her own brand, targeting young, social media-savvy women of colour with a small line of easy-to-use hair essentials for curly, coily and kinky hair patterns. Four years later, in 2020, armed with $2 million in venture funding and a launch contract with Sephora, Bread Beauty Supply was born, selling “hair care basics for not so basic hair.”

I was very taken aback by the state of this category. It felt like it was stuck in 1995.

It’s one of a flurry of newer upstarts modernising a sector whose marketing and branding has remained largely stagnant amid a fast-transforming beauty industry. Bread is joined by others like Adwoa Beauty, Melanin and Tracee Ellis Ross’ Pattern Beauty, which have been taking aim at traditional players in the textured hair space and betting they can woo the next generation of Black beauty consumers with a mix of fun branding, sleek packaging and cheeky marketing. Now, major retailers and investors are increasingly taking note, dedicating more real estate and funding towards this new wave of “cool” textured hair brands.

To be sure, these new upstarts remain a niche segment of a huge market largely controlled by CPG and beauty giants, which have either acquired legacy players or incubated new lines in the image of what’s already out there. Unilever-owned SheaMoisture, PDC Brands-owned Cantu and L’Oréal brands like Carol’s Daughter and Dark and Lovely still dominate the Black-targeted hair care manufacturing market, according to market research firm Mintel.

Yet, the sector is growing. In the US alone, Black consumers spent around $1.71 billion on hair products last year, a figure set to reach $1.9 billion by 2025, according to Mintel.

At Ulta Beauty, the category is performing well. Growth stems from the newer startups in the space, but also general market brands like Living Proof launching new lines for textured hair. Legacy players like Sheamoisture continue to deliver strong sales.

“I’ve really seen this growth of people moving towards natural texture over the last 10 or 15 years, which has just been accelerated [by the pandemic],” said Jessica Phillips, vice president of merchandising at Ulta Beauty. “If you think about the last year and the onset of the pandemic, out of just pure necessity with salons being closed, people were embracing their texture more. We certainly have seen that in our business.”

The resurgence of the Black Lives Matter movement last year also spurred a broader conversation around Black-owned businesses, boosting awareness of many newcomers in this space and bolstering sales, she added.

Everything from dog food to mattresses...was getting modernised. I kept trying to figure out why black hair care wasn’t.

“Everything from dog food to mattresses to glasses ... was getting modernised,” she said. “And I kept trying to figure out why Black hair care wasn’t.”

This lag was particularly surprising given the rise of the natural hair movement, which has seen a growing number of Black women swap at-home chemical relaxers for hair care products that enable them to style and wear their hair naturally. Sales of chemical relaxers have plummeted about 40 percent over the last decade in the US, according to Mintel. 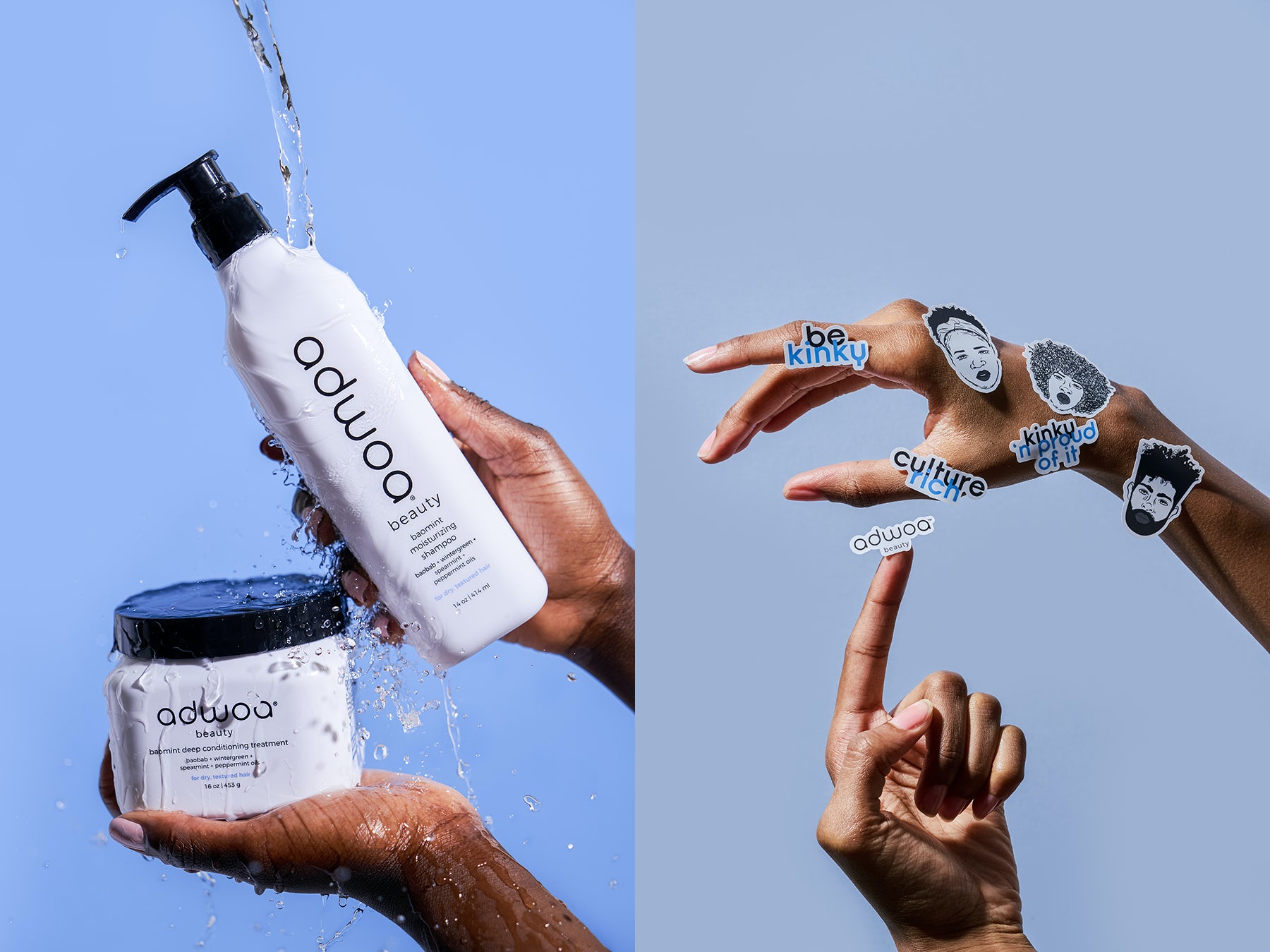 In response, Addo launched Adwoa Beauty in October 2017. Alongside care and styling products housed in ‘shelfie’-worthy packaging, Adwoa sells merch, ranging from sweatshirts bearing slogans like “be kinky” and “being Black is your activism” to enamel pins and downloadable phone wallpapers. The brand is marketed as clean and gender neutral, and is active on social media, often posting tutorials for its 58.5k Instagram followers.

Bread Beauty Supply is also laser focused on the brand experience. In a bid to simplify complex and time-consuming hair routines, it sells only four products: a shampoo, a conditioning mask, an oil and a hair scrunchie. Shoppers can buy them individually, or as a set in a reusable perspex bag, and packages are shipped covered in stickers. The brand’s Instagram is filled with selfies of fashion-savvy Gen-Zers showing off their locks. It’s a brand formula that isn’t very common in the textured hair space, said Heim.

“When you look at other consumer categories like makeup or skincare, you see so many of these new age, venture-backed, DTC led brands. And in this particular segment, there’s almost none of that,” she said.

Part of the problem is that many Black female entrepreneurs have historically been marginalised by the venture capital community. The dynamic is slowly changing: in 2020, 93 Black female founders in the US raised $1 million or more, up from 34 in 2018, according to ProjectDiane, a demographic study project by digitalundivided. But the overall racial funding gap is still broad. The study found the median seed round for Black women was $125,000, 20 times less than the national seed round median of $2.5 million.

While access to capital won’t necessarily make a hit brand, it helps when trying to compete in a saturated beauty market dominated by corporate giants.

For Hannah Diop, founder and CEO of Sienna Naturals, bootstrapping her clean textured hair care brand meant hiring a cosmetic chemist and formulating products in her kitchen after being turned away by various manufacturers.

The line first launched in 2013. But it was after seven years, when she relaunched the brand in 2020, armed with a small amount of funding and a new business partner, actress Issa Rae, that Diop was able to look at scaling Sienna Naturals. Entering a national retailer required significantly dialling up production, with one retail partner asking the brand to increase product sizes while lowering prices.

Today, the brand sells its scalp treatments and styling oils in Nordstrom and Target, as well as on its newly relaunched DTC website. Diop said it is on track to sell 18 months worth of inventory in just six months, and is hoping to do another small fundraise to support the high demand. 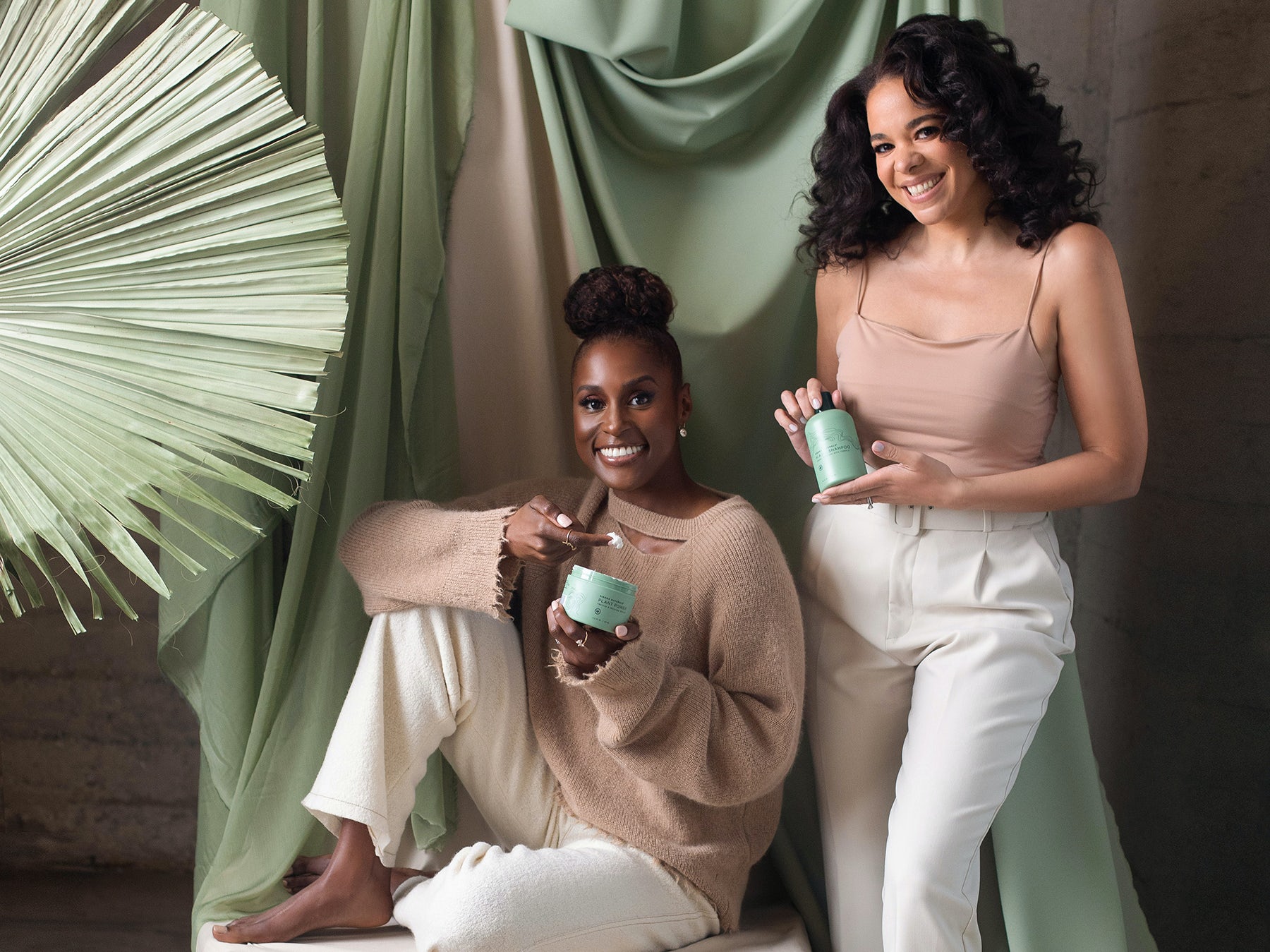 “It’s been clear to us that there are no new and modern brands that speak to this consumer, in the way that brands like Glossier have emerged for the Millennial beauty consumer,” Nisha Dua, general partner at BBG Ventures, told BoF at the time. “That leaves a wide, open gap in the market for the modern Black woman.”

Others startups are managing to grow without venture capital, but the backing of major retailers has helped. Adwoa Beauty is entirely funded by founder Addo. It began as a digital only DTC proposition, but in 2019, Addo decided to ink a partnership with Sephora. After her products launched in store last June, sales were up around 400 percent.

“It was just really super important to me that Black people were able to walk into a retailer like a Sephora and know that there’s an option for them, because there hasn’t been before,” she said.

Building the Glossier of the Black Hair Market

Black-Owned Brands See an Opening in the Beauty Aisle