Luxury players are fighting the stigma around self tanning with innovation and category reinvention, spurring increased demand.

Luxury players are fighting the stigma around self tanning with innovation and category reinvention, spurring increased demand.

LONDON, United Kingdom — For some, self tanner still conjures up images of 14-year-old girls with streaky orange faces, stained pillowcases and a distinct chemical odour. But that reputation is fast becoming outdated. With over 5.4 million cases of non-melanoma skin cancer treated every year in the US, according to the Skin Cancer foundation, consumer awareness around long-term sun exposure is increasing and, along with it, the willingness to use self-tanners.

From 2011 to 2016, the market size of the self-tanning category in the US has grown by 26.6 percent from $135.1 million to $171 million. That growth is fuelled by rising consumer demand that, in some cases, was spurred by legislative initiatives that discourage tanning salons. In the US, for instance, Barack Obama’s Affordable Care Act put a 10 percent tax on indoor tanning businesses.

Yet the luxury market has been slow to embrace the category. Despite overall growth of 19 percent year-to-date, self tanners still make up only 3 percent of the prestige skincare market, according to the NPD group. That’s due in part to negative stereotypes that continue to linger, as well as the category’s relatively slow response to changing consumer expectations. While shoppers are presented with increasing choices of colours and textures for their makeup, “light, medium and dark” has remained the modus operandi for most self-tanning products.

“Innovation was being led from marketing instead of from performance,” says Marc Elrick, co-founder and chief executive of Tan-Luxe, launched in 2015 and known for its “tailor-made tanning” product. The brand specialises in liquid concentrates, which blend DHA (dihydroxyacetone, the main ingredient in self tanners that interacts with amino acids to produce brown colour change) with raspberry oil and aloe vera, that users can cocktail with their moisturiser to deliver 24 colour choices. It also offers inventive product lines that include a tanning water, a highlighter and anti-aging tanning drops, with prices ranging from £22 to £42 ($34 to $64).

The main barrier to growth remains educating the consumer against the stigma of a streaky orange tan.

With Tan-Luxe, Elrick's mission was to recruit consumers who may have never used a self-tanning product in the past. To court that demographic, the brand focused on creating luxury multi-tasking skincare products that rid the consumer of the colour, smell and dryness associated with the category. It worked. The company, stocked in over 100 global outlets including Net-a-Porter and Selfridges, is projected to reach £45 million in sales in 2018 ($59 million).

Blurring the line between product categories was also self-tanner brand James Read's approach. “It’s about having something people would never think to have in a self tanner,” says founder and chief executive James Read of his “Sleep Mask Tan,” the brand’s best-selling product, which fits into — or replaces — a woman’s nightly skincare routine.

This innovation has helped move the category forward. However, the main barrier to growth remains educating the consumer against the stigma of a streaky orange tan. “Luxury self-tanners have twice the challenge of those in the mass market,” explains Larissa Jensen, beauty industry analyst at The NPD Group. “They need to battle the lingering negative reputation of these products by educating the consumer.” That negative reputation is often perpetuated by products in the bottom end of the spectrum, undermining the luxury labels’ efforts.

Semantics may play a role here too: “Just the term ‘fake tan’ has a stigma against it — it’s banned in our office,” says Jacqueline Burchell, global marketing and product development director of St. Tropez Tan, widely recognised the first major entrant into the luxury self-tanning market. “We don’t call lipstick ‘fake lips’ or foundation ‘fake face,’ so we’ve been trying tirelessly for the past 10 years not to use that word.” 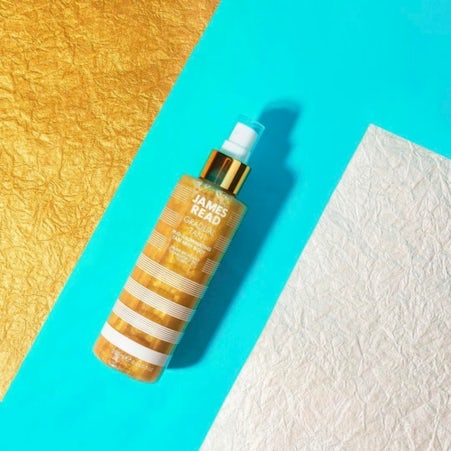 To help educate consumers, St. Tropez Tan is rolling out an artificial intelligence-powered app later this year. “Tanning Mirror” allows users to take a picture of themselves and tap into any of the portfolio products to see how each will look after application. While the goal is to assuage the consumer’s uncertainty before trying self-tan for the first time, the company may also be looking for ways to accelerate revenue. PZ Cussons, which acquired St. Tropez Tan in 2010, reported earnings down by 1.5 percent year-to-year to £809.2 million ($1,060 billion), attributing the fall to St. Tropez Tan’s performance after launching its best-seller in-shower tanning lotion in 2015, that sold out a year's worth of stock in one day.

Luxury brands also need to provide the “why” behind the high price points. For sunless tanning brand Vita Liberata, that meant focusing on the ingredients themselves, which are completely organic and toxin-free. “It’s up to us to provide the consumer with the kinds of products that she wants to use and certainly to be transparent with the ingredients we use,” says Alyson Hogg, founder and chief executive.

“Streak-free claims have been boasted by brands for years meaning further differentiation is needed,” says Alex Fischer, senior beauty analyst at Mintel. The inclusion of natural ingredients can go a long way in reassuring customers that ingredients are safe for the skin, while also serving as a way to “shrug off the ‘fake’ image of self-tan,” she adds.

Vita Liberata’s origins as a skincare brand, product expansion into powders and dry tans, and the fact that it is promoted as an entirely organic range has helped triple its revenue in 2017, fueled by 150 percent growth online. Once women try the product, Hogg says, the majority make at least a second purchase.

As the lines between self-tanning and skincare categories continue to blur, innovation in formulation and product ranges will remain paramount to the success of luxury self-tanners. However, according to NPD’s Jensen, “the overall luxury self-tanning market still has a way to go in terms of consumer education and trend.”

Tracking the Rise of ‘Clean’ Beauty