NEW YORK, United States — When I was growing up in Manhattan, there was a notorious sex shop on West 4th Street called The Pink Pussycat. The boys in our class would reference it — frequently — and it held a tantalising, mythic allure in our pre-teen circles. You had to be 16 to get in — our Grace Church School uniforms did not help the cause — so my friends and I would loiter curiously on the sidewalk, attempting to peer beyond the latex- and marabou-heavy window displays for some clue about what was going on inside.

It didn’t look much different to us downtown kids from the scene on nearby St. Mark’s Place — this was the 1980s, full-tilt — but there was still something about standing on that forbidden threshold that felt daring, naughty, and frankly, a little bit shameful. Fast forward to 2018, and The Pink Pussycat is still in business, but a quick Google search immediately dulled its aura of dangerous, gritty glamour, yielding not only Yelp reviews and Foursquare check-ins, but MapQuest directions and Groupon deals. So much for the incendiary fabled underworld of my youth. 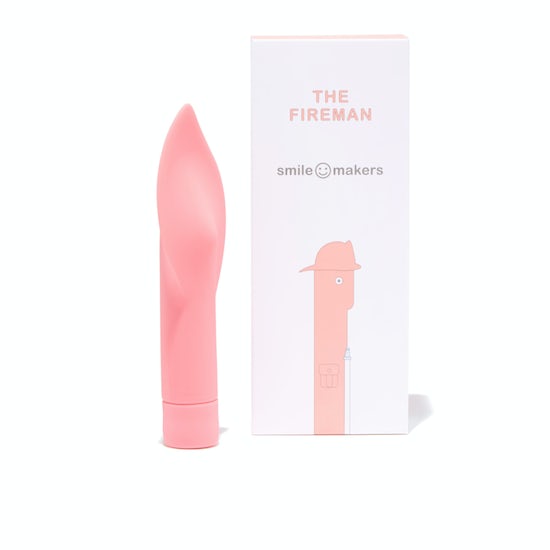 And it’s happening under the umbrella of beauty. Sexual wellness is shaping up to be the next big opportunity in a category increasingly focused on wellbeing and ritualistic me-time. An influx of products and services focused on vaginal care is shaking up everything from body washes and cleansing wipes to botanical oils, dermatological procedures and even spa services. (See: vagacial.) The “clean” beauty movement’s push for non-toxic materials and ingredients is especially meaningful for items designed to be used internally, like tampons, lubricants and vibrators.

A recent study by the market research firm Technavio clocked the global sexual wellness market as ballooning from $23 billion in 2014 to a projected $32 billion by 2019. By next year, sex toys will be a $21 billion global business (up from $15 billion in 2014), with vibrators alone surpassing $6 billion (more than doubling in five years’ time).

It helps explain why US pharmacy chain CVS sells a rather stunning assortment of 48 whirring options — merchandised next to straightforward sexual health products like condoms and pregnancy tests — and family-friendly Target stocks 74 different models. Talk about self-care.

Technavio attributes the category’s notable growth to five key drivers: mainstream exposure in the media, ease of purchase and availability, shifts in social norms, a marked increase in the number of start-ups peddling these wares and changing perceptions on the part of investors willing to bet on said start-ups.

In a nutshell, sexual wellness is being normalised, and in the case of some of the higher-end manufacturers and retailers, glamourised. It’s becoming more commercially acceptable, strategically repositioned and fashionably made over as chic rather than shameful, luxurious rather than utilitarian.

Sexual wellness is being normalised, and in the case of some of the higher-end manufacturers and retailers, glamorised.

When Brooklyn-based Alexandra Fine and Janet Lieberman founded the sex toy company Dame four years ago, “we felt our products should look like beauty tools,” says Fine, the company’s chief executive. “They should be a certain quality and feel like they were designed for me by someone who understands my body.” Instead of courting purveyors in the traditional pornography industry, Lieberman and Fine took meetings with beauty buyers. They noticed that Dame’s audience was overlapping more with the yoga crowd than the XXX crowd: for the first time, sex toys were being positioned, and accepted, in the same holistic space as beauty, health and fitness.

“Obviously we’re in wellbeing,” says Fine. “What is more powerful in terms of confidence and self-care than connecting with yourself and being able to find joy and pleasure from within your body?” The Eva, a hands-free couple’s device that looks sort of like a tiny sea turtle, briskly sold out at Urban Outfitters-owned Free People. The Fin, a finger vibrator worn like a ring, became Revolve’s number-one beauty SKU overall within one day of launching. Dame has doubled its revenue each year since its founding, and after hitting nearly $3 million dollars in sales in 2017, is on track to double once again in 2018.

If self-care is the new beauty, then perhaps sex-care is the new self-care. It’s a category built around self-investment, after all. “I always think of the beauty business as the self-esteem business,” says Violet Grey founder Cassandra Grey.  “These tools can help you feel better about yourself. If you feel sexier and healthier, it’s going to affect your quality of life.”

Today, “Women want to invest in their internal life as much as their skin care regimen,” says Elise Loehnen, chief content officer at Goop. “It’s part of feeling whole, empowered, integrated. It’s all essential.” Many of the new products making waves, and sales — from The Honey Pot’s pH-balanced Sensitive Wash and Queen V’s I Lube You organic lubricant to Elvie’s app-operated pelvic floor trainer — constitute the makings of new personal care regimens. “Women parts are different than men parts. They merit some thoughtful products that are specialised for that area,” says Grey. “It’s just about taking care of yourself.” That one would buy such items — like DeoDoc’s Intimate Wipes, which has sold out at Violet Grey three times since launching in July — at a retailer editing other lifestyle and personal care items for women seems intuitive.

Goop, the pioneer of unabashed vagina talk, launched its virtual Sex Shop — featuring books, toys, lingerie, massage oil and Kiki de Montparnasse black patent restraint tape — in 2015 in response to overwhelming audience engagement with an editorial package covering topics ranging from “The Secrets of Orgasmic Meditation” to questions about the toxicity of common lubricants. “It did gangbusters,” says Loehnen, “so we said, ‘Let’s do an edit of these products.’ Originally we thought we’d do it as a one-off, but we sold through so quickly — and so many times.”

The Sex Shop is not Goop’s biggest business “by any means,” says Loehnen, but “it is a significant part of Wellness.” And, she admits, “We do sell a lot of vibrators. People are really comfortable buying sex toys from us. It feels like a much more comfortable transaction.”

The platform's trailblazing agenda has incited its share of controversy, too, first in early 2015 with Gwyneth Paltrow’s personal endorsement of vaginal steaming, and then in 2016 following a Q&A with Shiva Rose around the merits of jade eggs. While yoni eggs, as they are known, are generally acknowledged as an exercise tool that can help strengthen the pelvic floor (delivering stronger orgasms along with stronger muscles, some say), assertions about their ability to affect hormone levels lay in murkier waters. Goop was fined $145,000 in September by the Orange County, California District Attorney for making marketing claims unsubstantiated by enough reliable science, and has since adopted a more stringent research policy. As for the popular $66 eggs, they’re still for sale on the site.

Jessica Richards, head of Beauty and Wellness at Free People, started slowly incorporating items like yoni eggs, sustainable condoms and a wildcrafted “sex oil” into her product mix as a way of standing apart from her competition, developing a deeper connection with her free-spirited twenty-something consumer and gently testing the waters.

On a trip to Italy she discovered Smile Makers, a company that made colourful, well-designed, well-priced vibrators with tongue-in-cheek names like The Tennis Coach (“specially designed to hit the G-spot”) and The Surfer (an “entry level” device, “small but mighty”). When they sold out after one week, she realised, “this was a category we need to expand.”

Richards started hunting for more products like Dame’s, “that felt natural and not sexy in a gross way.” Soon, her assortment had grown into its own sub-category, christened Self Love. “It’s not about sex,” explains Richards. “It’s about taking wellness to a whole other place.”

This increased comfort level around talking about female sexuality is setting a propitious stage for new products that would have seemed like marketing suicide just a few years ago. When The Perfect V’s Vanicure Essentials kit (a DIY vagacial, to use the new parlance) launched last year, the Denmark-based company received an onslaught of negative, incredulous press and a chilly welcome from those retailers who even deigned to take a meeting. 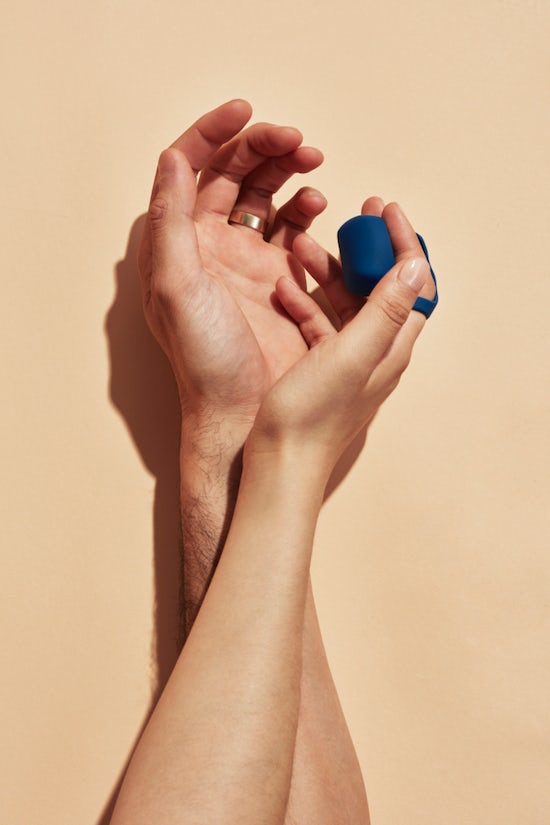 Since then, company’s products — including the beauty sheets, hydrating mist and serum — routinely sell out at Harvey Nichols; Neiman Marcus has expanded its distribution from two doors to six. Blue Mercury picked up the line, and Mintel rated The Perfect V a company to watch.

And if sexual health can be awkward, confusing, occasionally mortifying territory to navigate as an adult, let us all recall the emotional, and physical, rollercoaster that is puberty. Teen Vogue is offering support — and solutions — to its audience of coming-of-age young women with The Rag, an aptly named monthly subscription “period toolkit” stocked with L organic tampons, Fur bikini zone oil, Lunette menstrual cups, Knix period underwear and Pure Peace facial serum for calming hormonal breakouts.

Products that would previously have been stashed away in a deep, dark place are now being designed to be seen, and sometimes admired, in the daylight hours, too. Lelo’s Personal Moisturizer comes in a black glass flacon that looks like an indie perfume and would be perfectly at home on a mirrored dressing table. This past summer, Violet Grey featured the Crave Vesper, a sleek silver vibrator that can be worn on a cord around the neck like a minimalist pendant. It sold out, became a “staff favourite” and still consistently brings people into the Melrose Place store. Grey is now working on a Crave collaboration.

But where’s it all heading?

At Free People, growth of the category has exceeded expectations to the point where Richards is now trying to launch at least one-to-two new brands each month. It’s taught her a lot about her customer, too: “We’re realising she is much more uninhibited. Now we’re looking for other categories that might have been shaded in silence, to help our girl come out of her shell and feel more comfortable.”

DeoDoc, the Swedish brand Violet Grey can’t keep in stock, is branching out with pH-balance versions of everything else they imagine a woman’s most delicate areas might require (a pre-shave oil, a post-shave balm), with more on the horizon. And, in the spirit of equality, they plan to start addressing men, too.