“It’s wild how everyone in beauty wants to launch a genderless brand but nobody can get my pronouns right,” they tweeted. The tweet quickly went viral, receiving 2,300 likes. Escobar, who publicly came out as non-binary four years ago, went on to explain “the sheer volume of ‘hi Samantha’ and ‘hi ladies’ and ‘It’s Galentine’s Day’ in my inbox is a little...grating.”

The beauty industry is still figuring out how to talk about gender in a time when more than one-third of their Gen-Z customers say they know someone who prefers neutral pronouns, according to a Pew Research survey. While many of the biggest makeup and grooming brands are typically still instantly identifiable as stereotypically “male” or “female” by their packaging and marketing, many new products launch without explicitly targeting either gender — and some are even embracing the concept of gender fluidity outright. 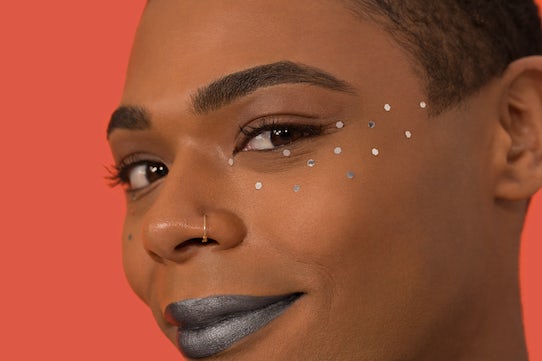 Among the latter camp: Fluide, a line of colourful makeup designed to be accessible for all gender expressions and identities, and other “for all genders” brands like NOTO, Hi Wildflower, Youth to the People, Panacea and Jecca Blac. Big beauty brands have repositioned themselves to be more gender-inclusive, including CoverGirl, which in 2016 named makeup influencer James Charles as its first male ambassador. In 2017, Asos merged its (female) beauty and (male) grooming sections into one “face and body” category. In 2018 Sephora started offering makeup classes targeting transgender and non-binary customers and Chanel launched Boy de Chanel, a makeup line for men with the tagline “beauty knows no gender.” Last month, more than 25 years after the launch of unisex fragrance CK One, Calvin Klein launched CK Everyone, billed as the brand’s first “clean, gender-free and environmentally conscious fragrance.”

All of these brands are chasing a market that is increasingly shaped by younger consumers, who “value diversity in all its forms and … are ruthless about holding their brands accountable,” said Jenni Middleton, director of beauty at trend forecaster WGSN. Gen-Z is growing up and many in that cohort expect brands to acknowledge gender inclusivity, even if these shoppers don’t identify as non-binary themselves.

Brands don’t need to overthink how they approach the subject of gender. Lipstick is still lipstick, whether it’s worn by a woman or a man or someone non-conforming. Examples range from MAC Cosmetics, which broke new ground with its RuPaul-fronted campaigns in the 1990s and MAC Viva Glam which raises money to support people living with HIV/AIDS, to Fenty Beauty posting Instagram images of people who span the gender spectrum.

“Gender inclusivity is part of a larger movement in the beauty industry towards better serving those consumers who belong to historically underrepresented and marginalized groups,” Escobar said. “Those consumers were always there, and they loved beauty so much that they supported an industry which, for the most part, rarely acknowledged them.”

Brands that embrace gender inclusivity tend to take two approaches: Some market themselves to genderqueer and non-conforming customers — or at least tap members of those communities for their marketing.

Others sidestep gender entirely, creating marketing and packaging with universal appeal. Cerave’s low prices and almost clinical labels in a range of primary colours are meant to attract male and female shoppers at the drugstore. The Ordinary’s ingredient-first pitch and stark labelling are similarly gender-neutral.

Fluide takes the first approach. The line launched in 2018 with the tagline “makeup for everyone,” and sells products designed to be unintimidating and versatile, like a universal crayon that can be used on lids, lips or cheekbones. Lip and nail polish shades are named after queer spaces around the globe to “pay tribute to the importance of safe spaces for the LGBTQ community.”

“I was so impressed by the young people I met and read about who identified outside the gender binary and/or were transitioning,” said Co-Founder and Chief Executive Laura Kraber. “I wanted to support these brave kids who defy cultural expectations and gender norms to actively create and express their authentic selves.”

Taking a similar tack, Jessica Blackler, an Australia-based makeup artist, launched her line Jecca Blac after she began offering makeup classes for the transgender community. “I was inspired to create a brand that offered products for their needs and a brand that they could resonate with,” said Blackler. One of her bestsellers is her “Correct & Conceal palette” for improved beard coverage.

Necessaire, a personal care brand which offers body wash, lotion and lube, launched with a simple mission: to start with the body and make it “a first thought, not an afterthought,” says Randi Christiansen, an Estée Lauder alum who co-founded the brand with media alum Nick Axelrod. “After all, we all have bodies,” said Christiansen. And that, more or less, is how “for all genders” became a part of Necessaire’s DNA alongside sustainability, clean ingredients, and efficacy. Christiansen also notes that the product design—minimalist and in neutral hues, inspired by her native Denmark—supports this as well. “Good design is gender fluid by definition,” she says.

But there is some evidence to suggest that the market is shifting, especially in Asia. WGSN said spending on cosmetics by men surged 14 percent last year in China, and 6 percent globally, citing Euromonitor data. The trend is taking hold even faster in Korea, where K-pop boy bands reign. That could point to more men in the West wearing makeup soon as well, since many global beauty trends have their origins in K-Beauty.

Brands are also backing away from “macho” marketing campaigns in the wake of #MeToo. This doesn’t necessarily herald more men’s beauty lines, as much as it points to a broadening market that will gravitate towards quality lines that seem to cater to all genders. Alex Scolding, Asos’s head buyer for the Face + Body category says that post-rebrand they did introduce some brands that were created by men, for men, and they “didn’t see any traction.”

“Men feel confident to buy the brand they trust, that works, and the existing brands that are out there are already suitable,” she said.

I don’t want to be told by a brand that they understand my gender or sexuality.

There are also signs that fragrance is going increasingly genderless. NPD’s Jensen points to double-digit growth in the luxury artisanal fragrance category, which is predominantly marketed as genderless (it includes such brands as Le Labo, Frédéric Malle, and Byredo). While the fragrance market grew by 3 percent overall in 2019, artisanal fragrance grew by 12 percent. It shows, Jensen says, that “there is opportunity here, in terms of inclusivity beyond shade, into gender.” It would seem that many brands are taking advantage of that opportunity. According to market research firm Mintel, unisex fragrance launches accounted for 17 percent of the market in 2010 and 51 percent of the market in 2019. Of course, CK1, which launched 1994, now looks ahead of its time.

Or maybe it’s just that everyone else is late. “I don’t think it’s necessary to say, ‘I’m a queer brand and I’m for a queer audience,'” says beauty writer and consultant Arabelle Sicardi. “Any brand that has good product should be doing that already.”

Sicardi says they have cautioned brands against jumping into identity politics before they’re ready, and before the makeup of the staff can truly represent those groups they seek to market to.

“I don’t want to be told by a brand that they understand my gender or sexuality,” says Sicardi. “I don’t even know that. I came here for a face wash, let’s start there.”

Edgewell abandoned its Harry's takeover plans. Regulators had blocked the deal, which would have brought the disruptive razor start-up into the fold of the maker of one of the biggest men's grooming brands.

Female politicians are no longer avoiding beauty and fashion talk on the stump. Thanks in part to Cosmopolitan asking each presidential candidate about their skincare routine (in addition to their stances on healthcare and student debt), once taboo questions for women in politics that might make them seem less serious are now seen as relatable ways to connect.

Brandless no longer a brand. The e-comm startup that sold “cruelty-free” beauty and personal care in addition to home and baby goods is shuttering three years after its launch and after a $240 million investment from SoftBank’s Vision Fund.

Gen-Z are “curating” their ears thanks to an influx of accessible piercing studios. In Claire’s absence, a slew of piercing salons — from Studs to Mejuri to DTC brand Stone & Strand — have allowed for personalised “earscapes.”

How this K-Beauty brand became Sephora’s “sleeper” hit. Amorepacific’s Laneige rose to the top at Sephora with cult-favorite products that promise to work while you sleep and unique brand partnerships (like with Netflix’s highly anticipated “To All the Boys” sequel starring Lana Condor).

Procter & Gamble is looking for new ideas. The consumer products giant operates Ventures, an innovation unit meant to act more like a start-up than a 182-year-old conglomerate.