NEW YORK, United States – Earlier this year, Nyma Tang, a beauty vlogger, tested a new, 40-plus shade foundation range. She swatched a series of the collection’s darkest shades (Tang was born in Ethiopia to South Sudanese parents and moved to the US as a toddler), only to be left with an arm full of “crazy orange” and “ashy gray” foundations, the latter of which she described as fit for a corpse.

“There were at least 10 [shades] that I looked at that didn’t look like they would work for anyone’s skin tone,” Tang said. “No one is pumpkin shade. You just know that those aren’t going to work for anyone… they looked like fillers just to be there.”

The era of 40-shade foundation promised to free women with darker skin tones from the endless hunt for a shade that matched their undertone without leaving a white cast. The reality hasn’t always measured up. 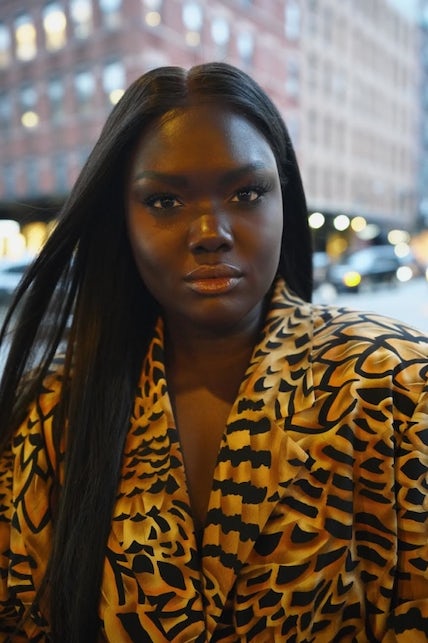 In the rush to hop on the inclusivity trend, brands are cutting corners, creating products that come in multiple shades but few that any human would want to use. And inclusive ranges can still find inventive ways to offend customers, as Fenty Beauty learned when it introduced – and quickly pulled – a highlighter described as “Geisha Chic”.

To be sure, even Tang considers the rise of 40-plus shade ranges a positive development in an industry that’s historically ignored darker-skinned customers. Those women have more choices seemingly by the day: Nyx Professional Makeup unveiled a 45-shade range in August, Morphe’s 60-shade line launched in January, and Tarte extended its Face Tape collection from 14 to 50 shades in February. Uoma, a beauty brand launching this month, has 51 shades. They join Fenty, which kicked off the trend with its 40-shade collection in 2017 and reached nearly €500 million ($560 million) in sales last year. Start-ups that once launched with a dozen shades feel pressure to up their total or risk being called out on social media, and established brands are expanding existing lines.

But there’s more to meeting the demands of a diverse consumer base than releasing a ton of shades: different skin tones have unique textures and needs. Science comes into play, too. A formula that ­performs well with light pigments may not work as well with darker ones, which could affect how the final product reacts on skin.

Not every brand is taking the time to iron out those details.

“After Rihanna launched 40 shades, everyone had to get that magic number,” said Alison Gaither, a beauty and personal care analyst at Mintel. “That rush to market is sacrificing quality, and that can ultimately hurt [the] growth of the [inclusivity] market too.” 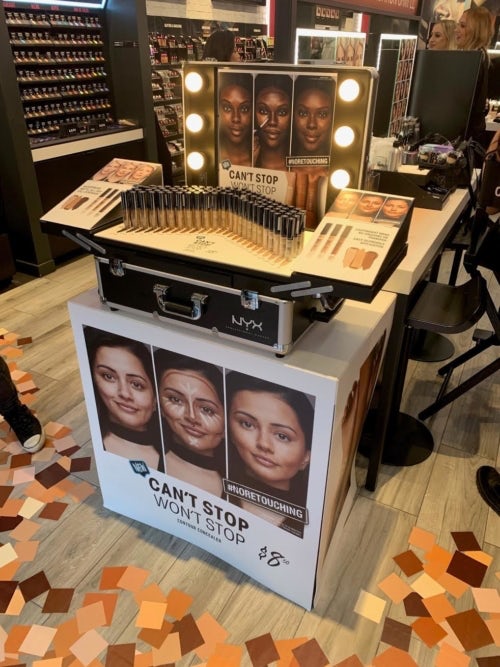 BoF had a chemist analyse foundations from four colour families from Fenty, Morphe, Nyx, Tarte and Uoma. Only Uoma and Tarte tweaked their formula depending on the shade; the rest used one base and simply added pigment.

Some chemists recommend against using the same base across a wide range of pigments. Mica or zinc used in lighter shades can give darker-skinned women a chalky look, for instance. With darker formulations, the final product can also feel grainy unless the base is changed to accommodate additional pigment, said Melody Bockelman, co-founder of Indie Brand Lab, the product development firm that conducted the analysis.

Fenty “seemed like it was a product that was developed at one shade and then just mixed it with other shades,” said Bruce Akers, who worked as a chemist and formulator for three decades before founding Indie Brand Lab with Bockelman.

By contrast, of four Tarte shades analysed, three showed small variations in the base, indicating the company added ingredients to stabilise the extra colour load in darker shades.

Sharon Chuter, a former beauty executive and founder of Uoma Beauty, said the chemistry of multi-shade foundations was at the front of her mind when she created her new line. Her range has six colour families that each have a unique base designed to target issues specific to that skin tone. For instance, the formulas for the two deepest families, Brown Sugar and Black Pearl, are full coverage, for customers with oily skin and hyperpigmentation. By contrast, the formulas for lighter complexions have a dewier finish for drier skin.

Uoma launches April 26 at Selfridges in the UK and at Ulta Beauty in the US on May 5. 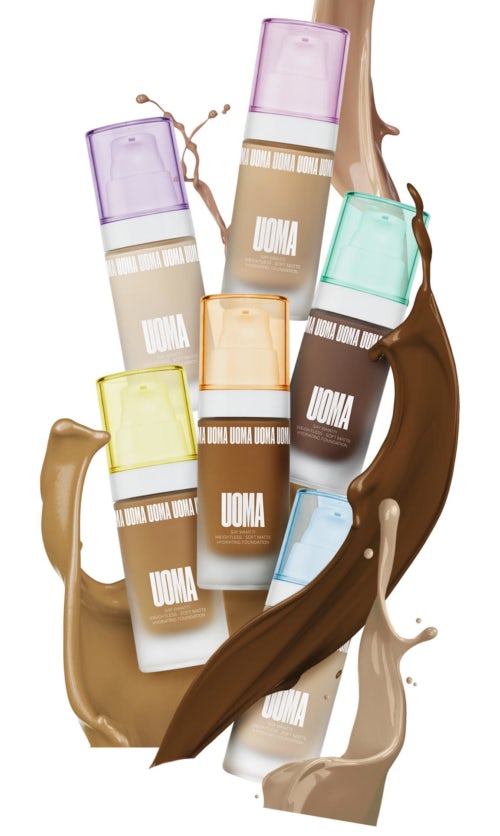 “When you look at the [very fair] skin profile you see sensitivity, you see redness, it’s thinner. Come into my profile I don’t have any of those problems. What do I have? Hyperpigmentation to the moon,” she said. “The same melanin that blesses me decides that it’s not going to create itself evenly. Why do brands create the one formula and force everyone to use it?”

Here are some tips for doing inclusivity right:

Take a “shade first” approach
Most foundations are built around their base’s formula, rather than the pigment. Chuter developed Uoma “shade first” instead, coming up with families of colours and then creating a different formula for each.

Akers said brands that don’t want to upend their development process can still accommodate bigger shade ranges by developing a formula for the more challenging, darker shades first. A stable formula with heavy pigment is easier to adapt for lighter shades than the reverse.

Introduce inclusive ranges in various finishes
Many brands offer inclusive ranges and foundations with different finishes, but the two rarely intersect. But the best way to accommodate multiple skin types is to combine the two approaches, and provide all shades in a range of finishes, said Stephen Alain Ko, a cosmetic chemist and formulator.

“Having the same – hopefully inclusive – range of shades in multiple formulas allows a customer to not only find their shade, but also gives them choices in selecting a finish, texture, fragrance, branding, or whatever other qualities they may want,” he said.

Nyx only offers a matte formula across its 45-shade Can’t Stop Won’t Stop range, which is often preferred by people with oily skin. The company plans to add a moisturising, radiant finish this summer, and additional variations in the next few years, said Michael Kremer, vice president of US Marketing for NYX Professional Makeup.

Marketing matters almost as much as product
Estée Lauder and MAC Cosmetics have sold foundations in more than 40 shades for decades. But their marketing rarely centred on women of colour, creating an opportunity for Fenty to define itself around inclusivity.

Brands that suddenly begin promoting an inclusive range risk coming across as inauthentic, unless they have a good track record on the subject or are built with those values from the ground up. 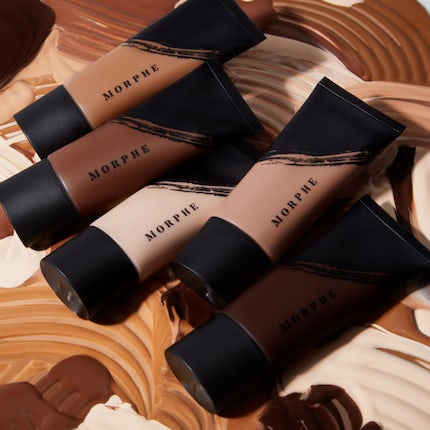 Test shades on real people
One chemist told BoF that brands will frequently send over the formula for an existing line and a set of Pantone colour swatches and “call it a day” without testing the full range on humans.

That’s a recipe for a foundation that falls flat with real customers.

Uoma’s Chuter said she tested her formulas on 227 women, and Morphe tried its foundation on more than a thousand people, did blind consumer testing and used its network of freestanding stores as part of its market research.

“The first thing we went after was the performance,” said Janine Gettinger, Morphe’s vice president of brand development. “We designed a foundation we feel is the best fit for our consumer.”

Fenty pulls “Geisha Chic” highlighter. Rihanna’s beauty brand said it would halt the launch of the highlighter, slated for release this week, until it could be renamed.

Drone technology for skin isn’t what you think it is. When it comes to skincare, “drone delivery” helps deliver active ingredients that are targeted for deeper layers of the skin. Niod and Elemis are already using this method.

Beboe trades in vapes for beauty. Beboe Therapies made its debut last week with a face serum and sheet masks infused with 300 mg and 50 mg of CBD, respectively.

Unilever to Buy Garancia: The consumer goods giant is set to buy the French skincare and cosmetics brand.

Glossier has a new editor.  Elle's longtime digital director Leah Chernikoff has decamped to Glossier, where she'll be the brand's first head of content.

Indie fragrance brand files a lawsuit against Urban Outfitters. Eris alleges that the retailer copied its federally registered trademark for a private label perfume collection and “deliberately” copied and pasted verbiage from its e-commerce site.

Ipsy to scale down beauty events. Instead of hosting large scale events with thousands of guests, the subscription service will focus on smaller, more intimate activations – and more of them.