NEW YORK, United States — Patrick Ta wears a stack of rose gold bangles and carries around his own miniature spotlight to ensure his Instagram posts have perfect lighting. The 28-year-old makeup artist is nestled in a booth in The Roxy Hotel’s restaurant in TriBeCa, prepping a spread of beauty products, the first in his new Patrick Ta Beauty line that goes on sale today. His bracelets jangle as he swatches shades of shimmering body oil, highlighter out of a can and lip gloss onto his forearm.

Ta describes both himself and the collection, Major Glow, as “extra.” His products have names like “We Love Her,” “We Need Her,” “Look at Her” and “Is She Younger Than Me.” He’s dressed in head-to-toe white – including a beanie – paired with a rose-coloured corduroy jacket that matches his brand’s rose gold packaging. He dramatically whips out an accordion “She’s Extra” fan (also rose gold), which he says is essential for application of his aerosol highlighter, and demonstrates its drying powers on his cheekbones. 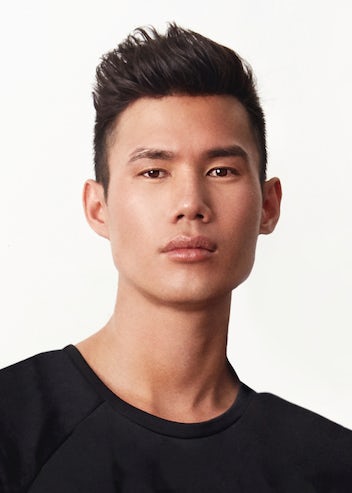 “I feel like I live on the intersection between a working makeup artist … and somewhat of an influencer in the artist world,” Ta said.

With 1.3 million Instagram followers and a resume studded with famous faces like Gigi Hadid and Shay Mitchell, Ta is part of an emerging group of celebrity makeup artists looking to parlay social media fame into real money. They hope to follow in the footsteps of Pat McGrath and Charlotte Tilbury, A-list makeup artists who now sit atop cosmetics empires valued at $1 billion, and earlier success stories Bobbi Brown, François Nars and Laura Mercier.

That influencers can dream of launching global brands is a sign of how it’s easier than ever to break into the makeup game in the social media era. Makeup artists can gain a massive following if even a handful of high-profile clients post their work on Instagram. That gives them a platform to show off their skills and sell products directly to potential customers, rather than angling for the attention of morning-show bookers or magazine editors. If the personal brand is strong enough, they don’t even need a retailer to stock their products. Kylie Jenner didn’t for the first three years, after all.

“These artists ... have this authority and authenticity coupled with a built-in audience,” said Pat Robinson, partner at CircleUp Growth Partners, a venture capital firm. “Before, the makeup artists [who launched brands] would be someone like a Pat McGrath who was just this titan of the industry and so well-known behind the scenes.”

The last few weeks alone have seen a flurry of launches by influencers looking for their next act. This week, Violette Serrat debuted a “lifestyle network” on YouTube that features content from nine artists and experts in their fields, an effort to monetise the makeup tutorials that gained her 14 million views on the platform. Nikki DeRoest, makeup artist to Hailey Bieber and Rosie Huntington-Whiteley, debuted her cosmetics brand, Róen Beauty, last month via Instagram. Ta released the first images for his collection on Instagram in the days leading up to its Thursday launch. 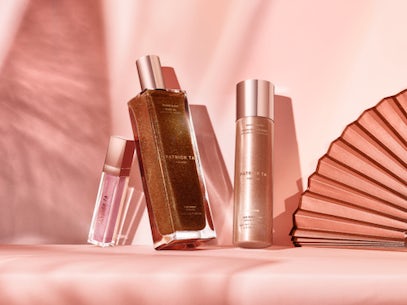 “The goal is to be a household brand like all the other big brands that you see out there,” said DeRoest, who said she was pleasantly surprised with early e-commerce sales.

Of course, launching a cosmetics line and generating an initial burst of sales is simple enough. Turning that early enthusiasm into a scalable business requires more than an innate ability to generate “likes” on Instagram.

The previous waves of artist-entrepreneurs each had a signature style or technique that made them household names: Brown’s was natural beauty, Mercier’s was tinted moisturizer, Tilbury’s a commitment to “Hollywood glam” and McGrath’s a wearable interpretation of runway trends.

Settling on that unique quality is tricky – too mainstream and it won’t stand out, but going too niche limits potential growth. Serrat’s signature is her French background and her wellness-infused take on effortless beauty. Ta and De Roest both were quick to offer up glowing or luminous skin.

Each developed products that played to the strengths of their personal brands. Serrat rose to fame with accessible tutorials, and her multi-channel network is an extension of that. Ta landed on body glitter and an all-over highlighter so users can “glow from head to toe.” His products are designed to appeal to a following that can’t get enough of his over-the-top personality. 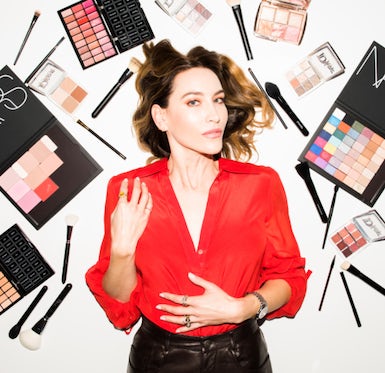 De Roest started with eyes. Her first products are a single, cream powder eyeshadow hybrid (inspired by her mixing different textured eyeshadows on shoots), two eyeshadow palettes and a double-ended brush. She said she wants to develop a complexion range, but is taking time to develop products that will be inclusive without sacrificing quality. She’ll launch an additional eyeshadow single in May and will introduce mascara in July, and said she’s talking to “heavy hitters” in the retail space about stocking her line.

Though none of these concepts are revolutionary, watching these makeup artists develop their brands and products from scratch is part of the appeal.

“You actually get to see them creating their work, you get to hear them talking about their approach and you get to understand why they come up with the products that they do,” said Jo Horgan, founder of Mecca Brands, which includes 100 Mecca Cosmetica and Mecca Maxima stores throughout Australia and New Zealand. “That increases the credibility in the customer’s mind and it increases that sense of connection and intimacy.”

Robinson said creating a billion-dollar brand will be difficult going forward - in part because the last crop of brands are still going strong - but that many of the new influencer-backed lines will settle into lucrative niches.

For example, Artist Couture, founded by celebrity makeup artist Angel Merino, better known as “Mac Daddyy,” launched in 2014 - a year before Pat McGrath Labs - but remains a relatively niche product. One reason: his looks, though popular on social media, are too extreme for many customers to try in real life. 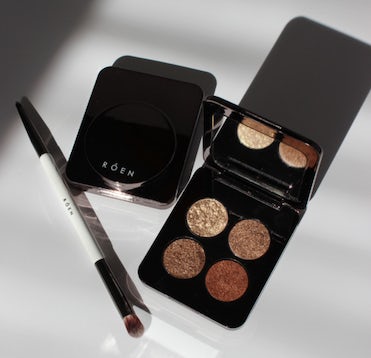 Serrat is focusing on building her audience before releasing products of her own. She relaunched her YouTube channel, Violette_Fr, with herself as editor-in-chief. Among the hosts she’s tapped are Allison Borstein, a stylist, and Desirée Pais, a Kundalini yoga and meditation teacher. The venture is self-funded, with plans to introduce branded content.

Serrat has been Estée Lauder's global beauty director since 2017 and co-created several capsule collections with the beauty giant. She said a bold palette with blue eyeshadow was quick to sell out last fall, which she credits to “the power of education and communication,” through Instagram stories and tutorials. The partnership is a good litmus test for the artist who, once her contract with Lauder is up, could also have success as a standalone beauty brand.

“My future is still based on creating products for people, and that’s why creating my platform first is very important to me. I get to know my audience, which are my customers,” said Serrat. “I’m not telling them, ‘This is a new trend, this is the new thing.’ It’s inspirational, I’m not telling you what to do.”