What’s Behind the Lip Gloss Boom? The 90s Nostalgia, Wellness and Tinder.

High-shine lacquered lips are back on the beauty radar. But like its consumers, lip gloss has grown up and brands have made modifications to improve their formulas.

What’s Behind the Lip Gloss Boom? The 90s Nostalgia, Wellness and Tinder.

High-shine lacquered lips are back on the beauty radar. But like its consumers, lip gloss has grown up and brands have made modifications to improve their formulas.

LONDON, United Kingdom — When Ariana Grande dropped the highly anticipated music video for her smash hit "Thank U, Next" last week after a month-long stream of teasers on social media, it featured the singer-songwriter with juicy, pink lips, as she channelled scenes from popular 90s teen films and wore beauty staples — like lip gloss — that had long gone out of favour.

Too sticky, messy and tricky to re-apply were some of the biggest problems consumers faced with the product, making way for matte, long-lasting lipsticks. As "the more matte the better" became the mantra of many lipstick wearers, brands from Anastasia Beverly Hills to Huda Beauty and Morphe began launching their own versions.

But gloss is now making a comeback, as the beauty world shifts its obsession to all things glistening. “From glowing complexions to shiny hair, glossy lips complete this trend that results in a healthy, radiant and hydrated look,” Newby Hands, beauty director at Net-a-Porter, tells BoF.

Lip products saw the biggest year-on-year growth compared to other cosmetics category, such as eyes, face or nails, increasing 10.3 percent in 2017, according to research firm Euromonitor. And while lipsticks still dominate the market, accounting for $11.2 billion worth of sales in 2017, the market for lip gloss grew for the first time since 2014 and saw its largest growth last year, increasing 6.9 percent to reach $2.94 billion.

So, what’s driving this trend?

Nostalgia has been a key theme for retailers, bolstered by the ongoing trend for 90s-inspired apparel. While this has led to the resurgence of some fashion items like crop tops and chunky sneakers, it has also influenced beauty, says Charlotte Libby, global colour cosmetics analyst at Mintel.

Euromonitor’s beauty and fashion research manager Hannah Symons adds that celebrities like the Kardashians and Jenners have also had a role to play. “[They’ve] popularised the pouty look of the 90s and evangelised cosmetic surgery," she says. "Lip gloss creates that coveted plump aesthetic that can’t be achieved with a matte lipstick."

A plump pout also indicates health more broadly. Full lips signal both youth and vitality — two desirable traits, as wellbeing becomes the next frontier for luxury. (In an era when so many catalogue their lives on social media, looking great while feeling good are the new luxuries that many consumers want to enjoy and flaunt.) “As health becomes a recognised indicator of beauty, attributes such as glossy and shiny take precedence," says Symons.

Apps like Instagram and Tinder, which have become a vehicle for dating, have also boosted the popularity of full lips. “There’s been a paradigm shift. 25 years ago, people wanted smaller lips and there were a lot more lip reduction operations. They’re exceedingly rare nowadays,” says Dr Alan Matarasso, president of American Society of Plastic Surgeons (ASPS), noting that thin lips have since become associated with ageing. “That’s one of the reasons why lip enlargements and lifts are so popular. They’re a sign of youthfulness and attractiveness.”

Lip gloss no longer has that sticky, thick consistency that we remember from years ago.

The millions of related posts on social media are a testament to how this trend has become. Some 25.5 million posts on Instagram are tagged #lips; 145,000 are labelled #lipinjections, and 617,000 reference #lipfillers. However, the shift has also led to a dangerous trend for bee-stung pouty lips. ASPS found an increase of 60 percent in lip augmentations between 2000 and 2017.

Fashion labels from Giambatista Valli to Eckhaus Latta have been tapping the trend, as models walked their shows with gleamingly visible gloss. Meanwhile, some beauty brands have taken it into account for their product launches.

Dior’s Addict Lip Glow range has been a bestseller since it launched in 2009. According to a spokesperson, the house is launching a new set of glosses within its Lip Glow franchise this month. Skincare brands like Dr Hauschka have also joined in for a piece of the pie, launching a new $20 gloss. Kylie Jenner, however, remains one of the biggest success stories. The television personality and entrepreneur’s beauty brand — known primarily for it is $29 lip kits, designed to enhance lips’ shape — sold $630 million worth of makeup in less than three years, including an estimated $330 million in 2017.

Yet, despite the category’s comeback, things are different this time around. Like its consumers, lip gloss has grown up and brands have made modifications to improve their formulas. 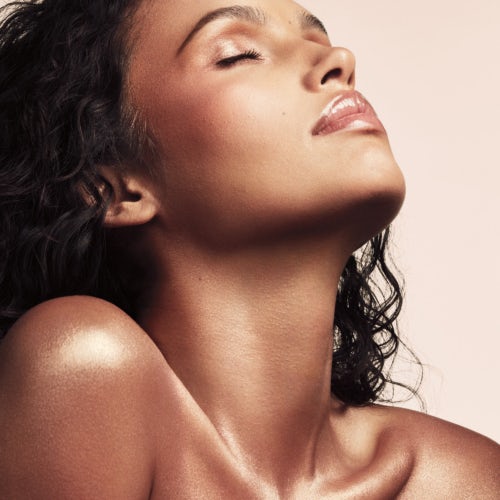 Last week, Rihanna returned to the headlines with the announcement of a new lip gloss shade at her cosmetics line Fenty Beauty. (The brand’s lip gloss range sold out entirely at least 8 times within 3 months of its initial release earlier this year.) Titled “FU$$$$Y,” the Gloss Bomb product comes in a millennial pink shade that the singer herself showed off on the brand’s official Instagram account. “Today’s launches are required to have evolved along with R&D,” says Symons. “Non-stickiness is a key selling point for Fenty.”

While fans have raved about Charlotte Tilbury’s $30 matte revolution lipsticks, the makeup artist recently turned to lip gloss, launching a limited-edition product called “Superstar Lips” in October. “These sumptuous, star-lit lipsticks combine the high shine of a gloss with the staying power of a lipstick,” she tells BoF, having adapted the feel and texture so that it is “creamy,” “cushiony” and “glides across the lips.”

Meanwhile, at Cult Beauty, “we’ve seen a 138 percent revenue spike year-on-year for this category,” says Alexia Inge, co-founder and co-chief executive of the online retailer. Among its best-selling lip gloss brands are Huda Beauty, Lime Crime and Anastasia Beverly Hills. The appeal of products like Huda's liquid lipstick — Lip Strobe — is that "it has the shine of lip gloss but the staying power and pigment of a lipstick, all without the fly-catching abilities of 90s gloss.”

Sephora, which stocks over 60 collections of lip gloss across 35 brands, has also been reaping the benefits. According to the specialist retailer, its top selling lip gloss brands are Fenty Beauty, Too Faced, Marc Jacobs, Christian Dior and Pat McGrath. What many of their products have in common is hydration, which is the opposite of matte lipsticks. Treatment-like glosses, such as those containing oils or serums, have also gone out of stock several times.

“While plumping is a key desired feature of gloss nowadays, hydrating, moisturising and vitamin-enriched products are also in demand,” observes Symons, noting that demand for multi-purpose products isn’t exclusive to beauty alone. “Adhering to the desire to constantly be improving oneself, purely visual products are teetering on the brink of obsolescence in many consumer goods industries.”

Meanwhile, MAC Cosmetics has added a wider range of shades to its Lipglass offering. After years of waning consumer interest, the lip gloss series — its name comes from its ability to create a glass-like finish — was relaunched in 2017. In addition to new packaging and formulations, a “significant” number of new shades beyond nude have been introduced, “to reflect the love of strong matte lipsticks, but in a different texture,” says Dominic Skinner, MAC global senior makeup artist.

"Brands are winning interest from consumers by updating the 90s trend with more sophisticated finishes and formulas," says Mintel's Libby. And while the growth of lip gloss hasn't eclipsed lipstick just yet, Symons notes that "we are seeing it surge in its own right. For the majority of consumers, the use of the two is not mutually exclusive.”