NEW YORK, United States — “Clean beauty” is the buzzword of the moment, but the biggest beauty conglomerates have been slow to catch on.

Instead, it’s been newcomers and independent labels leading the way in catering to consumers who want more transparency when it comes to ingredients and products free from a host of additives. Retailers stock brands like Drunk Elephant, Tatcha, Biossance, Farmacy, Kosas, Ren Clean Skincare and Tata Harper, all of which originated outside the global giants that dominate cosmetics and skin-care sales.

That’s starting to change, however. In a series of deals this year, large beauty companies have snapped up clean brands. Shiseido acquired Drunk Elephant for $845 million in October and Unilever acquired Tatcha for $500 million in June. It’s an expensive strategy, but the conglomerates believe it’s easier to buy and then scale an existing brand than to overhaul decades-old operations to meet clean standards.

L’Oréal still doesn’t really play in the clean arena, nor did Shiseido until it bought Drunk Elephant. Unilever’s clean lines include acquisitions such as Tatcha and Ren Clean Skincare, purchased in March 2015. Coty, which had no clean brands until last month (Sally Hansen launched a clean range in late November), will make its biggest investment in clean beauty to date.

On Dec. 15, Philosophy, one of Coty’s legacy skin-care labels, will debut its first “clean” collection at Ulta, Nature in a Jar. The line of five products — three skin-care and two body care — is free of more than 30 “nasty ingredients,” such as sulfates, phthalates and parabens.

“We are trying to find ways of reformulating — keeping the performance, the texture and product that [consumers] like — in a clean way. It will not be done in one day or one year,” said Simona Cattaneo, president of luxury brands at Coty.

There is a risk for the bigger conventional brands in assuming this is a niche or a trend.

In August, Coty introduced WeDO, an “eco-ethical” sustainable line of haircare with 50 percent less ingredients, but it’s not marketed as “clean.”

Big beauty companies face additional challenges in this market, even after buying their way in. “Clean” is a poorly defined term. The industry largely defines clean products by which ingredients they don’t contain. And since there’s no universally accepted definition, retailers have created their own. Sephora introduced a “Clean at Sephora” programme in May 2018, where products formulated with accepted ingredients are marked with a circular green seal.

Besides the expense, there’s another reason legacy labels are hesitant to reformulate or adopt new “clean” standards: doing so could jeopardise the “brand DNA” some have worked decades to establish. Also, adopting a “clean” approach could suggest to consumers that products were not clean previously.

“If you didn’t stand for clean to begin with and you’re all the sudden committing to it, it’s hard from a business model perspective, it’s hard from the brand perspective,” said Robin Tsai, managing director at VMG Partners, a private equity firm that owned a minority stake in Drunk Elephant. “A lot of consumers don’t necessarily buy into it. It feels a little bit more reactive than something that’s entirely genuine.”

Credo Beauty’s “The Credo Clean Beauty Standard” has become the gold standard, though the retailer is only four years old and has just nine locations. Existing labels and start-ups now use Credo’s standards as a benchmark when formulating new products.

Of the 120 labels carried at Credo, none are “conventional” or legacy brands, according to Jackson, who noted that lines sold at the retailer are still owned by founders or have private equity investors as stakeholders.

You still don’t see the larger contract manufacturers and conventional brands actually putting a stake in the ground.

“You still don’t see the larger contract manufacturers and conventional brands actually putting a stake in the ground,” said Annie Jackson, Credo Beauty’s co-founder and chief operating officer “It would be awesome if they [conventional brands] said, ‘We’ve identified these chemicals or ‘We believe in the science behind the questionable chemicals in certain products, and we’re going to get ahead of it.’ The customer love for that kind of position, honesty and transparency would go a long way.”

The Estée Lauder Companies doesn’t have an entirely “clean beauty” brand in its portfolio, besides Origins, where the majority of its Sephora offerings have a “Clean at Sephora” seal. Clinique is marketed as free of parabens, phthalates and fragrance, but the second ingredient in the brand’s most iconic product, Dramatically Different Moisturising Lotion, is mineral oil, which Credo lists as one of the “dirtiest” petroleum-derivatives. (To play devil’s advocate, clean brands consider mineral oil “dirty” because it’s a petroleum byproduct, even though it’s been deemed safe and is highly purified in cosmetics. Mineral oil also poses a sustainability issue because it’s derived from crude oil and takes a long time to biodegrade.)

For all of Coty’s challenges — declining revenues last year; an ongoing struggle to integrate the 43 brands it purchased from Proctor & Gamble and the sale of Younique for a fraction of the $600 million it paid for the brand — the French beauty giant is among the first to embrace clean within its existing stable of brands. Instead of just buying a clean line, Coty is working to make its legacy labels clean.

For Cattaneo, being forthcoming about reformulations will make consumers trust a brand even more.

“I will tell them [consumers] the truth: we’ve started the journey, and what is important in this journey is to start the journey,” said Cattaneo. 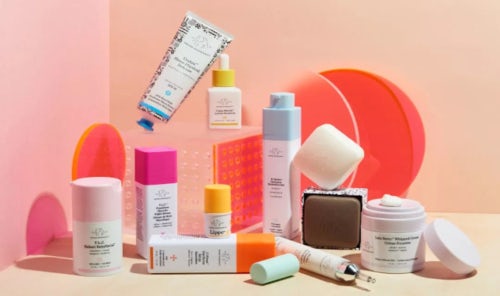 Following Drunk Elephant’s sale to Shiseido in October, Marc Rey, chief executive of Shiseido Americas and chief growth officer, Shiseido Group, told BoF the brand’s positioning and approach to “clean” was an important consideration. Instead of re-working its namesake Shiseido brand to adhere to “clean” standards, the Japanese beauty giant acquired an indie that’s been clean since inception.

“As a global company, we are missing this very key market which we know is growing extremely rapidly and is not going to stop anytime soon,” Rey said.

But how sustainable is it to just keep acquiring clean start-ups? The strategy may work in the near term, but conglomerates will ultimately need to reformulate their portfolios. If not, they risk eventually falling out of favour with ingredient savvy customers and Gen Z’s who prioritise clean and sustainable principles above all else. In the meantime, Shiseido could benefit from owning a clean pioneer like Drunk Elephant, which could be instrumental in igniting a company-wide shift towards cleaner practices.

Beauty founders are leaving the companies they started. The founders of Native and Sundial have left the brands they started, following acquisitions by Procter & Gamble and Unilever, respectively.

Prada has a new fragrance license. The brand has inked a long-term deal with L’Oréal to produce its beauty products.

Revlon Inc. is trying to sell off brands. The company is reportedly focused on selling Almay and American Crew to pay down debt.

Beauty should embrace Amazon. From launching its own private label brands to Lady Gaga’s cosmetics line, Haus Labs, Amazon is establishing itself as a player in the space.

‘Anti-aging’ skin-care could be an offencive holiday gift. So could brightening eye cream, a Botox gift certificate or Proactiv.