Tina Craig and Kelly Cook on how they grew handbag blog Bag Snob into a business with consulting, affiliate partnerships, licensing agreements and, now, e-commerce.

DALLAS, United States — When Tina Craig and Kelly Cook started their blog, Bag Snob, in September 2005, they were two Hermès-toting friends sharing stories via a Moveable Type account. “It was a hobby,” says Cook of their early posts. Or, as Craig puts it, “An elaborate pen pal system.”

Ten years later, Bag Snob — which features reviews and news about the latest it-bags, accessories and other upscale fashion items — is a multifaceted business that encompasses advertising, consulting, affiliate partnerships, licensing and, now, e-commerce. This month marks the official launch of Bag Snob’s online shop, which, alongside the Cook and Craig's own Snob Essentials handbag line, will showcase a collection of designer pieces made exclusively for the site. The 10-piece line, which spans in price from under $200 to more than $2,000, includes bags by Mark Cross and Valextra, accessories by Rag & Bone and Paul Andrew, a Derek Lam blouse, as well as jewellery designed by Cook and Craig. “We’ve always liked this idea of keeping our readers on the site instead of leading them out to other retailers,” Craig says. 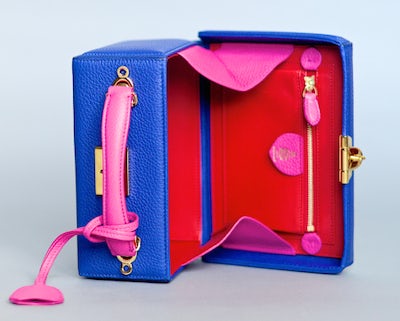 The e-commerce launch marks the beginning of the next phase of Bag Snob, which will be fuelled by the company’s first official round of funding. “We have specific investors that we’re talking to and we’re deciding which way to go,” Cook says.

But how did they get here?

In 2011, when The Business of Fashion last spoke with Craig and Cook, Bag Snob had more than 250,000 unique users each month and was generating annual revenues in the mid-six figures, through a mix of advertising, affiliate partnerships and one-off collaborations with brands including DKNY. Four years later, Craig and Cook report that the website’s monthly uniques have increased slightly to more than 300,000, with annual revenue now in the seven figures.

The jump in sales can be attributed, at least in part, to Snob Essentials, the business’s handbag line, which launched last May and is sold primarily through the television network HSN (Home Shopping Network). “For the first couple of seasons, we sold at Nordstrom, Nasty Gal and Luisa Via Roma,” Craig says of the line, which is licensed by manufacturing partner Artisan House. However, the duo says it was impossible to focus on both traditional retailers as well as HSN. (It’s also worth noting that, with many Snob Essentials bags retailing for less than $100, the line is not necessarily a part of the competitive set that typically sits on those department store floors.)

Cook adds, “The [HSN] format makes sense for us, because it’s just another way for us to speak directly to the audience. If you’re on a table at a department store, nobody is there to speak to that product the way we can.” Since the collection’s HSN launch in May 2014, the business has shipped 32,000 bags, with several styles selling out live on air.

The duo has also made headway with affiliate partnerships. While most style bloggers use a platform like RewardStyle or Skimlinks, which generate customised links that let bloggers earn commission on the items they write about, Bag Snob primarily works directly with the retailer or brand. “Our readers aren’t 12 years old, just commenting on Instagram,” Craig says. Bag Snob loyalists regularly make four-figure purchases via affiliate links and five-figure orders are not out of the question. Recently, one of Bag Snob’s affiliate partners received a $35,000 order through a link on SnobEssentials.com. “We aren’t aspiring to buy the bags or shoes we write about,” Craig says. “We are considered experts because we have spent over 20 years each collecting, dissecting and now, designing.” 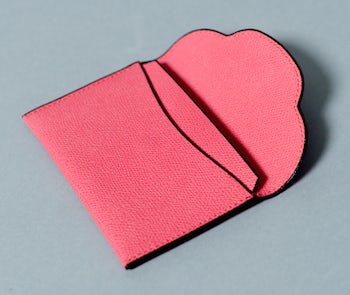 Indeed, Craig and Cook have secured partners such as Lam and Valextra by ensuring the voice of the site remains playful, but honest and focused. “If we don’t like a bag, we tell [our readers] not to bother,” Craig says. While there are certainly rave reviews — such as a glowing post on Valentino’s $4,245 dragon-embroidered flap bag — the duo is also not afraid to post a story about “Five Bags to Avoid.”

The structure of Bag Snob’s business has changed as the nature of internet publishing has transformed. Taking the HSN Snob Essentials line out of the equation and just focussing on the core website business, affiliate partnerships — which used to make up the majority of sales — currently make up 20 percent of annual revenue, while sponsorships make up half. (The other 30 percent is remnant advertising.) “Before, it was all about linking,” Cook says. “Now, it’s about sponsored content.” Currently, the site publishes three to four sponsored stories a month, produced by the editorial team. “Our readers are looking for our voice, so we turn down opportunities that don’t make sense,” Craig says, but acknowledges that sponsored content is becoming increasingly important to the overall business. “We see a lot more sponsorship opportunities, but we want to do it in our own way,” she adds.

In 2013, the duo also transformed the structure of the actual site. While the “Snob” universe used to be made up of several different blogs — Bag Snob; Beauty Snob; Couture Snob — each channel now lives under the Snob Essentials moniker. “It was definitely the right choice,” Cook says of the decision to combine the blogs into one site. “It gives the reader a better experience. For us, it’s been really great because it opens up a lot of verticals that we’re not going to dedicate an entire site to, but that we can speak to.”

Now, with a staff of 10, the founders — who still post regularly — are focused on the future. “We’re raising money to do e-commerce in a really big way,” Cook says. “The plan is to go at a pace that is consistent with our strategy of controlled growth. Our readers want content and products that are personality driven, so we are very hands-on with every project. Once we can maintain the pace, we will expand.”

For now, they will offer exclusive designer collections each season, with a focus on perennial essentials that their readers can’t find anywhere else. But expect some big hires on the blog side, too. “Another focus is expanding our editorial team,” Cook says. “We’ve been able to do a lot on our own, but we’ve reached the point now where we could take it to the next level,” Cook says.