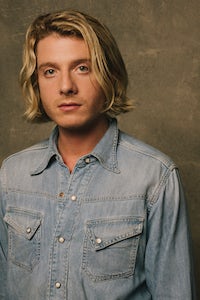 The company, which transitioned from a luxury online marketplace to a monobrand around 18 months ago, says Jones’ appointment represents a pivotal step in opening its offering to a new set of consumers.

"We want evolution and revolution," founder Bec Astley Clarke told BoF. "When [we] met Dominic, there was no question that here was someone who had an acute awareness of the international fashion zeitgeist and who could be instrumental in elevating our brand onto the international stage."

Jones, 31, joined the company in April, after he was introduced to Astley Clarke by one of its shareholders, Carmen Busquets, who also has investments in Moda Operandi, Farfetch and Lyst.

Busquets believes the appointment of Jones will help the company tap into a younger generation of consumers. "Many businesses lack the creative energy that Dominic has for understanding his clientele and the whole generation of millennials who haven’t seen the area of jewellery as interesting, so I think there is lots of opportunity for growth," she says. 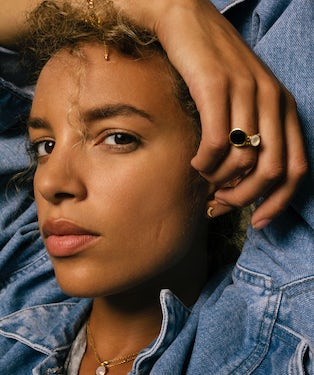 Jones says Astley Clarke represented an exciting opportunity to design collections for a wider range of customers, create both contemporary pieces and fine jewellery, and evolve his aesthetic. "There is an opportunity to serve women at all levels," Jones told BoF in an interview at the Astley Clarke studio in west London. "And that is what I really want to promote. This idea of democratising fine jewellery and it being inclusive."

The designer oversees a direct team of four people, a wider team of around 30 people, and is responsible for all creative decisions within the company, from designing collections and overseeing creative campaigns to the redesign of the brand's website. He will reveal his first complete collection for Astley Clarke in February, for Autumn/Winter 2017.

Jones launched his eponymous jewellery label in 2009, and was one of the first jewellers to be included on the official London Fashion Week presentation schedule, catching the eye of Anna Wintour as well as celebrities including Beyonce, Rihanna and Florence Welch. Jones won the British Fashion Council’s NEWGEN award five times and his jewellery was sold at Liberty, Harvey Nichols Net-a-Porter and 10 Corso Como. In spite of this, he closed his label in 2014.

"I’ve just given myself a bit of a debrief, just to let myself settle into who I am today … rather than trying to evolve something that I had grown out of," he adds. "It was just nicer to have a clean break and come back."

There is an opportunity to serve women at all levels. And that is what I really want to promote. This idea of democratising fine jewellery and it being inclusive.

The move is an exciting opportunity for both Jones and Astley Clarke, says Fran Burns, fashion editor at British Vogue, who has watched Jones’ career develop over the years in her role on the British Fashion Council NEWGEN committee.

"When Dominic first launched his own collection ... people responded to it immediately because it was beautiful and it was a luxury product but it was very connected to youth culture, and high fashion, in a way that fine jewellery hadn't been for such a long time," she says. "He will bring something unexpected, brilliant, contemporary and fresh and reach a whole new market for the brand. Its just really exciting to see how that is going to unfold."