Bulgari organised the event, Geneva Watch Days, after the coronavirus outbreak forced the cancellation of other industry gatherings. Eight brands have signed on so far.

GENEVA, Switzerland — A consortium of major watch brands are taking matters into their own hands following the cancellation of the industry's two biggest conferences, announcing Monday that they will hold an event of their own in April.

Geneva Watch Days will be held over three days from April 26, when Watches & Wonders was due to take place. That conference, along with Baselworld, was cancelled last week due to the outbreak of the Covid-19 virus. The new event's organisers include Bulgari, Breitling, Ulysse Nardin, H. Moser & Cie and other brands.

Geneva Watch Days will be a series of presentations and events for retailers, press and customers in brand boutiques, third-party retailers or hotels in the city, rather than a large-scale event under one roof. 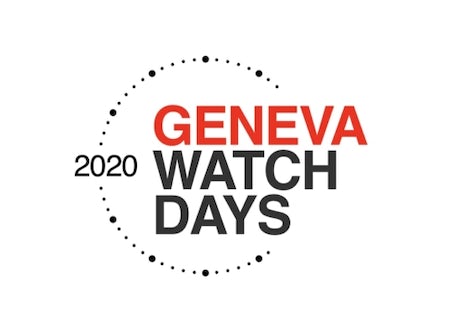 The concept came together over the weekend and was led by Bulgari. In an interview Jean-Christophe Babin, chief executive of Bulgari, said that over the weekend he had contacted brands he “knew would be open enough to understand there was an opportunity.”

“The spirit is against an adverse environment, and to be united in fighting for our industry,” Babin said. “Now more than ever it’s important to share news of your new product to excite demand that is already pretty sluggish, even before Covid-19. Luxury brands that want to succeed must be more creative."

Patrick Pruniaux, chief executive of Kering Group’s high-end watch brands Ulysse Nardin and Girard-Perregaux, which will both take part in the event, said: “We came up with Geneva Watch Days as a reaction to the cancellation of the shows. It would not be taking place if the shows were not cancelled.”

Both Babin and Pruniaux said the companies involved understood and respected decisions made by organisers to cancel Baselworld and Watches & Wonders, and stressed that Geneva Watch Days was a solution to a uniquely challenging global event, caused by the coronavirus epidemic.

“Under no circumstance will this replace Watches & Wonders,” said Pruniaux, whose brands were due to exhibit at this year’s Geneva show, which is organised by the Fondation de la Haute Horlogerie. “The intention is to show some optimism and to share with watch lovers one or two products that we intend to launch in the course of the year.”

The collaboration between rival brands will cast the current lack of federation between Switzerland’s two major fairs into sharp focus. The group includes exhibiting brands from both Baselworld and Watches & Wonders, and from competing luxury conglomerates, although no Richemont or Swatch Group brands have so far agreed to be involved.

Under no circumstance will this replace Watches & Wonders.

“We are very open to other brands joining the movement, if we can call it that,” Pruniaux said. The event has not been endorsed by the FHH or by Baselworld, he said.

Babin said he was in conversation with other brands about participation, and that he expected the initial consortium of eight to grow in number. He said the consortium had already negotiated favourable rates with local hotels that have found themselves with availability after the cancellation of Watches & Wonders, and that if the Swiss authorities ban the event before the event begins, there will be no penalties for paying visitors.

Pruniaux said Geneva Watch Days offered no threat to the fairs. “Both Baselworld and Watches & Wonders have a clear intention to promote Swiss watchmaking,” he said. “Everyone will be happy to go back to the structure of the annual watch fairs. What we’re doing doesn’t jeopardise the watch fairs at all.”

The Future of Watches

Can Baselworld Catch Up With the Times?