Why Highsnobiety Is Launching a Print Magazine for the Instagram Generation 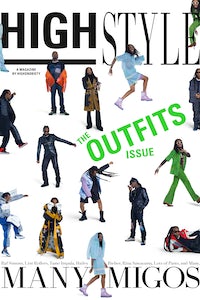 Why Highsnobiety Is Launching a Print Magazine for the Instagram Generation

HIGHStyle, which will be available online and on newsstands globally for $16.99 as of March 11, is a revamped version of Highsnobiety magazine and will be the first under the company’s new Editor-in-Chief Thom Bettridge. But why is Highsnobiety, the media authority on streetwear and sneaker trends, banking on print?

“The magazine is a way of evolving our visual language,” Bettridge told BoF in an exclusive interview. “It’s like a visual manifesto for the brand.”

Each edition of the quarterly publication will take on a different theme (and change its name accordingly), with “style” being the focus of the first issue. Atlanta rappers Migos grace the cover of HIGHStyle, which includes interviews with Raf Simons in conversation with Hans Ulrich Obrist, Hailey Bieber, Tame Impala and Victor Barragán. The magazine also highlights different product categories that are important to the hype-driven Highsnobiety reader with themed spreads focused on specific items of clothing, including trousers and sneakers. 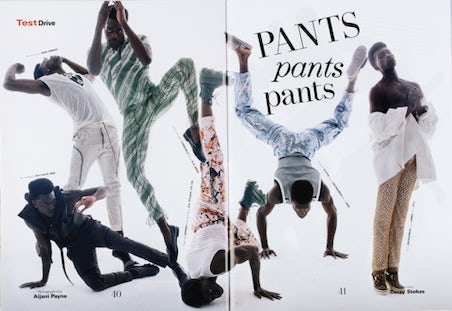 Highsnobiety was founded by David Fischer as a blog in 2005 and now has over 50 million users across its platforms. The redesign of its print publication comes as the company experiments with different mediums, including e-commerce platforms and pop-ups.

The media company’s latest move is an attempt to appeal to a nostalgic segment of Gen-Z who are collecting magazines the way the CD generation collected vinyls. As reported by Printing Industries of America, Gen-Z are a growing market for the print industry, spending an average of one hour a week reading print publications. “The research we’ve conducted shows that there is a subgroup of people that we call ‘cultural pioneers’ who are more drawn to print as a source of inspiration,” Bettridge said.

Digital is incorporated into the magazine’s design DNA, aiming to engage both new and loyal members of Highsnobiety’s online community. HIGHStyle includes Instagram-friendly formatting, like spreads on the meme-able “macro bag” (a play on Jacquemus’ Chiquito micro totes that took over newsfeeds in 2019) as well as what would have been a 2,000-word profile on artist Ruby Sterling that was instead visualised as a poster designed by Gian Gisiger, communication design consultant for Balenciaga.

“Having a digital-first mentality to print means that the first conversations we had around each article also included, ‘What will this look like on Instagram?’ That aspect to me is key. I didn’t want it to be that the magazine is for some subsect of our audience,” the editor-in-chief said.

There won’t be an explicit link between the products featured in HIGHStyle and Highsnobiety’s retail platforms. Unlike Net-a-Porter’s Porter magazine and Mytheresa’s The Album, which drive sales by showcasing outfits available to buy on the online retailers, HIGHStyle won’t necessarily feature products shoppable via the company’s commerce channels. Rather, the magazine will be used as a discovery channel for Highsnobiety and consumers alike.

“Having a space for experimentation where you can try and predict the future is important for any brand. A lot of places follow what’s in the news and put their two cents into it,” said Bettridge. “But running a print medium allows you to think about what the world is going to be like six months from now. It lets you be a cultural producer rather than a cultural follower. That is something every brand needs.”