LONDON, United Kingdom — When LVMH awarded their inaugural prize to Thomas Tait back in May, the real surprise wasn't the recipient of the grand prize but the announcement of two additional special prizes. One winner was Shayne Oliver’s buzzy New York label Hood By Air; the other was a little-known brand called Miuniku, created by a just-graduated sisterly duo based in Mumbai, India. There might have been a few raised eyebrows as to why Miuniku won the prize when they were up against more established peers, but should we be so surprised that design talent is starting to emerge from a BRIC country like India?

This time last year, Miuniku designers Tina and Nikita Sutradhar had just returned to Mumbai after graduating from London College of Fashion and were at a loss as to what to do. "We were quite open to whatever came our way," said Tina. "We applied for jobs and competitions and with the LVMH Prize, we were just taking it one step at a time. Just being in the semi-finals was a big surprise for us!"

Indeed, Tina and Nikita were propelled to industry recognition in a very short period of time, as they progressed to the final shortlist of the LVMH Prize and presented their work to an all-star jury of LVMH creative directors, who collectively decided that Miuniku warranted the creation of a special prize of €100,000 (about $131,400) in addition to one year of dedicated mentoring. 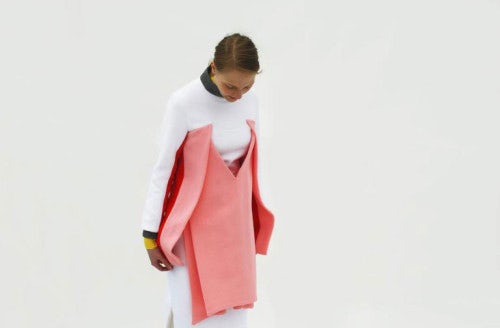 When asked why they thought Miuniku impressed the jury, the duo were quick to cite their roots and how their label sat in the context of Indian fashion. “It was the fact that we came from India and not many people in India do work like us,” explained Tina. “They liked our use of colour and they really appreciated the 'pop' element in the collection.” Ostensibly, the Sutradhar sisters work in a contemporary language of exaggerated silhouettes and graphic colour blocking. Whilst circumventing the aesthetic clichés of Indian fashion, Miuniku still manage to reference their background and their hometown of Mumbai. “In India, we see people wearing many colour or print combinations and they don't even mean to make a fashion statement.  Also, with the silhouettes, if you go to Dehli, you'll find a woman wearing a trench coat with a sari and that creates new proportions, which is very inspiring.”

Miuniku are one example in a handful of young designers in India, who, incidentally, have all been educated in Europe and are seeking to push Indian fashion forward without resorting to ethnic stereotypes. “There's this whole perception of India of being bling, far too colourful and ostentatious,” said Bandana Tewari, fashion features director of Vogue India. “But there is a young generation of designers who are not linear thinkers. The Internet has also changed everything. I can't even imagine the fashion landscape in India five years from now because right now, it's changing so dramatically.”

One of India’s obvious advantages is its local manufacturing capabilities. Just as textiles mills back fashion brands in Italy, there are working examples of Indian manufacturers investing in their own in-house labels, as seen in the unique setup of Morphe. Originally started by designer Amit Aggarwal in 2008 in partnership with Creative Impex (a subsidiary of Creative Group, India’s biggest manufacturer of garments and home textiles), Morphe was rebranded in 2012, with Central Saint Martins graduate Shenali Sema installed as head designer. Morphe’s emphasis on tactile and uniquely-developed surfaces is one signature of this new wave of Indian fashion. “People are surprised by what we do and so they expect more,” said Sema. “We have the support system here and the consistency in the product. We have access to research and development and having worked on production for the likes of Kenzo, Topshop and Diesel gave me confidence to take on Morphe.” 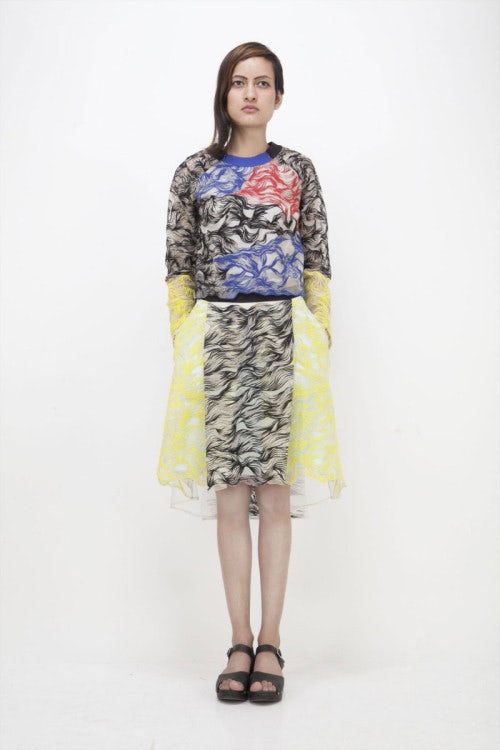 Craftsmanship is another current running through India's new wave. “When I speak about craft, I don’t mean that everything needs to look like this ornate ethnic piece,” said Tewari. “These techniques in embroidery, weaving and embellishment are hundreds of years old and that will always be appreciated. These designers are using these techniques in a modern way and an international audience definitely appreciates the subtlety of this handiwork, something which we might take for granted in this country.”

Back in February, Rahul Mishra, who studied at Istituto Marangoni in Milan and is a firm advocate of traditional Indian textiles techniques, became the first Indian designer to win the prestigious International Woolmark Prize. It was hard not to be touched by the emotional outpouring from Mishra at the final when he was pronounced the winner. “It was a dream,” says Mishra. “I could see it happening for me. When Tim Blanks asked me, ‘What does this mean to you?’ I just could not stop crying.” 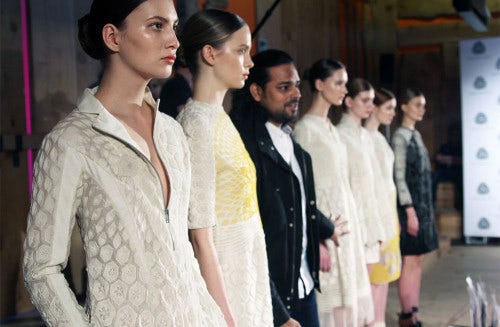 Winning this prize also means a lot to the hundreds of craftsmen whom Mishra employs, from the weavers of his fine Chanderi cloth to the Kolkata embroiderers, depicting Buddhist lotus and cityscape motifs. Mishra believes in combining social responsibility with fashion, an especially pertinent issue in a country like India. “Our work is about the best of Indian craftsmanship,” says Mishra. “Nothing can help that craft better than finding a market for that craft, using old stories and traditional techniques.”

Mishra is currently based near New Delhi, but connects with his craftsmen all over the country (“through the power of 3G”) in order to produce his work. His winning Woolmark collection has already started hitting stores like Harvey Nichols and 10 Corso Como and the designer has been invited by the Chambre Syndicale to show his next collection as part of Paris Fashion Week. But Mishra’s ambitions go beyond getting noticed by the upper echelons of fashion. “In the larger picture, I might think about going to other countries that are rich in craft and creating a manufacturing hub for handmade products.”

Miuniku might have the kudos of the LVMH Prize — and Rahul Mishra, the blessing of the Chambre Syndicale — but smaller labels emerging in India will require an organised collective push to make it internationally. “It would be great to see Indian designers in a programme where foreign fashion councils support them in the way that you see groups of Korean designers showing in London," said Tewari. “These are very small labels. Their design ideology is based on small runs of production. It would be lovely to expose them overseas, not necessarily through expensive shows, but as smaller collectives.”

There’s never been a better time to be a designer based outside of the fashion capitals and you don’t necessarily need to be a household name to be able to sell in your vision to an online audience. A few of Mishra’s pieces have already sold out on luxury e-tailer MyTheresa.com. “They probably have no idea who I am but they bought the pieces anyway,” said Mishra. “Good fashion and good design can come out of anywhere across the globe. This is the power of technology. People can choose.”