In the age of Instagram and Snapchat, forums may seem like antiquated artefacts of a bygone era, but fashion needs them more than ever, argues Susanna Lau.

PARIS, France — There’s something about the anonymity (and notoriety) afforded by avatars, the moderators chiming in with reminders of posting rules, the threads of discussion that can go on for pages and pages with back-and-forth replies. Welcome to the somewhat subterranean world of fashion’s Internet forums. In the age of Instagram and Snapchat, they may seem like antiquated artefacts of the late 1990s or early 2000s. But fashion needs them more than ever.

The grain of the conversation on Internet forums like The Fashion Spot — which began in 2001 and contains a trove of nearly 10 million posts — is often frank, no-holds barred and pointedly critical of the industry. That’s because members aren’t beholden to their IRL identities. In a forum, you can truly be anonymous and express the sort of unfiltered opinions that are sorely lacking in the general discourse in a fashion world still dominated by big brands. 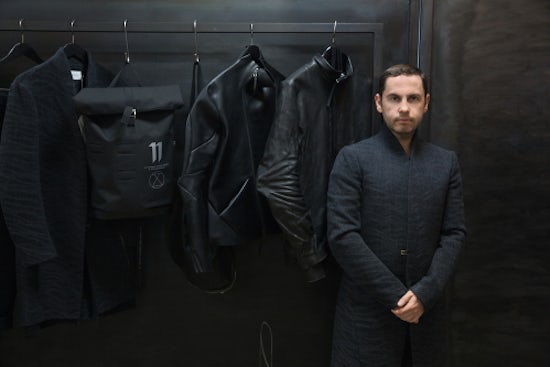 For years, I was an active member of The Fashion Spot (TFS, for short), which remains the go-to hub for discussion on everything from fashion schools to the cut of a Hedi Slimane-era Dior Homme jacket (when I first joined, the obsession for Slimane on TFS was strong). Eugene Rabkin, who went on to found Style Zeitgeist — one of the more progressive fashion forums, which celebrates its 10th anniversary this year — was also a member.

“I joined The Fashion Spot because it was there that, for the first time, I found people with whom I could talk about fashion I liked, which was mostly Belgian and Japanese, came with a genuine cultural connection and was not mainstream,” explains Rabkin. By day, he was working on Wall Street “unhappy and meaningless” and disconnected from his true passion.

“I did not know anyone in my so-called real life with whom I could discuss the relationship between Ann Demeulemeester's clothes and rock music, or the intricacies of cut at Comme des Garçons. I was impressed by the knowledge and passion of some of the TFS members, and I think that feeling was quickly reciprocated once I started posting on there,” he says.

A person’s thoughts and opinions are the currency of forums, not selfies.

I, too, felt like TFS provided me with a community of like-minded people with whom I could discuss niche interests in the kinds of exchanges that couldn’t necessarily be replicated in real life. From posting on The Fashion Spot, my opinions became honed and gave me the confidence to start my own blog: Style Bubble.

One of the things that makes forums fascinating is the degree of depth and specificity to the discussions, something that is missing from mainstream media publications as well as fast-paced social media platforms. The Purse Forum, which has over half a million members, has entire threads dedicated to the rivets on a certain designer bag and the friction this causes with clothing. Similarly on TFS, there are threads dedicated to niche topics like 1990s-era Prada advertising campaigns or what exactly a sittings editor at a magazine does.

In contrast to the comments on Instagram, which tend to be abbreviated or influenced by the visual nature of the platform, or even commentary on Twitter, where character length is limited, on forums you find discussions with the kind of depth that can’t be found elsewhere online. “Forums will always be a valuable source of information and discussion for people who want to go beyond fashion's surface, and those people will always exist,” says Rabkin. “The social media cater to the part of us that wants immediate and easy satisfaction. But at some point, a stratum of audience becomes dissatisfied with such superficiality.”

“Our forums are great for amassing and organising an archive of past collections, work and career moves of models, photographs, stylists and other things that researchers can use,” says a moderator from The Fashion Spot, who remains anonymous in keeping with the nature of the platform. The same moderator also cites the lack of imagery on forums as an instigator of discussion. “If you look at the ‘Fashion in Depth’ forum (on TFS) you will see almost no photos and there are real discussions going on about various topics. You can’t really do that on Instagram, Snapchat or Twitter and many of our members prefer the forums to other platforms for that reason,” the moderator continues. Forums are also less conducive to personal brand building: a person’s thoughts and opinions are the currency of forums, not selfies.

Forums will always be a valuable source of information and discussion for people who want to go beyond fashion's surface.

There’s also something reassuring about the unpolished nature of forums, where functionality overrides appearances. What they are facilitating is honest conversation. As a new season begins to take shape, new threads on collections are forming. But unlike the majority of what one sees on social media, the commentary on forums isn’t always music to designers’ ears. TFS member HeatherAnne, for instance, had this to say in a discussion thread about Milan’s collections: “Maybe it was Miuccia's depressing snoozefest of a collection that everyone was raving over as her best show of recent times [sigh] that helped me appreciate this Gucci collection even more.”

In a recent interview with Rabkin, Rick Owens enthuses about the argumentative and forthright nature of forums: “I think forums are great. It’s a weird thing to overhear a conversation about yourself. But the bottom line is that these people are really interested; they get the image and they get very opinionated and it turns into squabbles.”

Designers like Joseph Altuzarra and Dries van Noten have also publically acknowledged that they, like many in the industry, read fashion forums for honest feedback on their work. In the Spring 2013 print issue of Style.com, then-editor Dirk Standen says: “As one PR exec told me recently, the designers he works with are more interested to hear what the anonymous commenters on TheFashionSpot.com have to say about their collections than the mighty critics.”

“I absolutely think that the unfiltered quality of commentary in forums is valuable, because the mainstream fashion media are full of sycophants in advertisers' pockets, and you will never hear truth from them, because they will tell you that they love everything and that everything is amazing,” adds Rabkin.

“Forum members have nothing to lose; they are certainly not making money from fashion,” he continues. “Forums are an incredible source for honest criticism. It is true that you have to have a thick skin, because sometimes the criticism is brutal, but in turn the praise is honest and therefore truly deserved.”