How I Became… Sales Director at Ganni

After starting her career selling jewellery out of a suitcase, Jess Green now leads the US sales for Danish contemporary brand Ganni. Here, she shares her career advice.

How I Became… Sales Director at Ganni

After starting her career selling jewellery out of a suitcase, Jess Green now leads the US sales for Danish contemporary brand Ganni. Here, she shares her career advice.

Want the best sales job opportunities in fashion delivered to your inbox first? Click here to set up a job alert on BoF.

NEW YORK, United States — After moving from Texas to New York with “no idea what wholesale even was,” Jess Green began her career selling jewellery out of a suitcase to stores in Brooklyn as an account executive for Parlor Showroom. After nearly four years at Parlor, she moved to the PR, sales and marketing agency BPMW, where she launched their women’s showroom within two years.

In 2014, Green left BPMW to launch Ven Agency, a sales and brand consulting company, through which she worked with Ganni, a contemporary Copenhagen-based fashion label. In 2017, L Catterton, the consumer-focused private equity firm whose shareholders include LVMH and Groupe Arnault, acquired a 51 percent stake in Ganni, launching the Danish brand into the global market. In 2018, Green became the US sales director at Ganni, which launched an e-commerce site in the US in May. The brand was predicted to generate around $45 million in sales in 2017, and revenues are expected to grow by 50 percent in 2018. 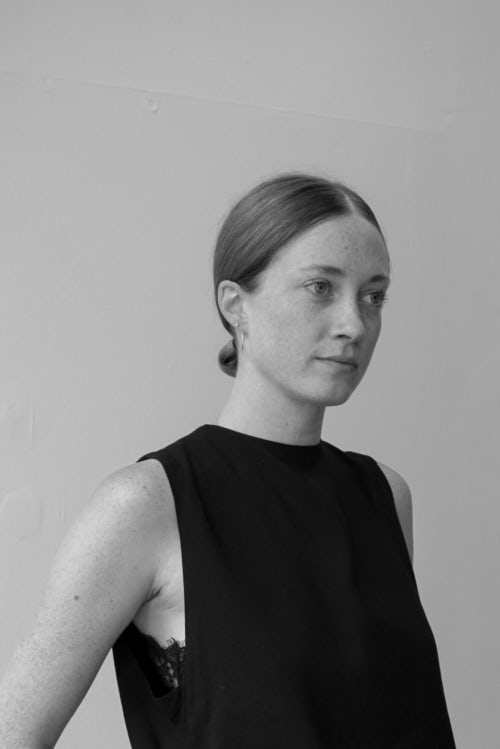 How did you get your first job in fashion?

I didn’t leave Texas with the goal to do something fashion-oriented, but I fell into an internship at an emerging designer showroom in Soho. Being a small-town girl, I just thought “I have to work here, I’ll fake it ‘til I make it,” and I really did. After three or four months interning at Parlor Showrooms, I created a presentation on what I felt I could change within the company and what I had achieved so far. They took the risk on me and I was assigned a few designers to represent. It was the best working experience of my life. I drove eight collections around the south in an RV for two weeks staying at campsites — we were really hustling to get accounts. By the time I left, I was representing all the designers.

I treated it like a fulltime job, like it was my own business. I was the first one there and the last one to leave from the very beginning. I understood the cashflow needs for a small business to survive, as the owner had not had the showroom for long, and I was there helping her hit the goals. It is a special quality for someone to care for your business like that.

You can lose something you’ve built at any moment. You can do everything you can for a designer, but there’s always someone else promising them more. There was one designer we built very quickly and with crazy success, but then, everyone had their eyes on that designer and their fees were lower because we’d done all the hard work.

In New York, where there are so many showrooms, consultants and freelancers, you have to stand out, otherwise someone’s going to take the best of the best of what you’ve built and they’re going to move on. You have to be that person that everyone wants to work with. Relationships are everything.

A lot of people are just about numbers, wanting bigger orders because so and so is designing the collection. You definitely have to be intelligent with numbers, but you also need to be crafty in order to have a read on your business. It could be something as simple as prepping a selling based on basic e-commerce. For example, with an account where they give you a selling report, you could simply drop every size into the cart to see how much is left.

Yet, at the end of the day, it’s about whether it’s going to sell or not, and being willing to talk to and negotiate with a buyer. It’s not necessarily about getting the biggest order, but about putting together an assortment that works for all teams, meaning you, the buying team and the store that they represent.

Why did you transition from working in an agency to launching your own?

While working for an agency, you are a fulltime employee with no limit as to how much work can be put on you, meaning one person could be representing 12 designers. You have no control over it, and you have to sell promises to designers, which is an extremely difficult position to be in. A lot of showrooms and agencies are understaffed and underqualified.

I never wanted to work like that again. I wanted more staff in order to have a fuller roster and make sure that everyone was extremely successful. Once I got to that point, I built up a large consulting business, which was the most fulfilling part. You saw quick results, you were working with designers on projects with a quick turnaround, they were willing to take risks and invest, and you are a part of that, which you don’t get from working for an agency.

How does that differ to working in-house?

Working in-house is completely different, as your focus is fully on one brand. You have just one designer, but you can scale the business so large that it needs your fulltime attention. To have a brand of that scale is something to be proud of, and not anything I would be willing to walk away from. It has its pros and cons, and it’s a huge learning curve on how this industry works — before, I made all the big decisions and I knew what to do for the business. It’s still the case but under a corporate eye, which is a huge adjustment.

However, I’m with a very successful contemporary brand, working extremely closely with headquarters. We’re a very tight family, all striving for the success of the brand, the best partners, the best placement, and so many exciting things are happening for us. You come in every day with a goal in mind and that’s company wide.

What do you look for in an ideal candidate for a job in sales?

I could hire someone with little to no wholesale experience and they could be the best addition to our team. It’s about your personality and people wanting to work with you, which doesn’t compare to having a contact or a draft from an editor or a buyer. It’s about relationships and how you can truly relate to a person when selling a collection or representing a brand.

I was just looking at a resume of someone with no wholesale experience, to which I could have turned a blind eye. But someone recommended her solely on her attitude, personality and drive, so we’re going to bring her in. You can’t just train someone to be a Ganni girl, that’s in their blood and their work ethic.

What do you believe is essential to being successful in the fashion industry?

You have to have an opinion of your own — to be willing to have a voice and stand behind it. If there’s a trend you don’t agree with, or something in the merchandising plan that you don’t think is suited to your market, speak out. Have the confidence but also have the facts to back that up. What has made me extremely successful is that I am very outspoken, but I’m also never willing to sell something just to increase numbers. It’s based on knowing your market and knowing your customer and being willing to speak to that with an honest voice.

Want the best sales job opportunities in fashion delivered to your inbox first? Click here to set up a job alert on BoF.