Chip Bergh on Steering Levi's Through the Uncertainties of 2017

The CEO of the iconic American denim and apparel brand speaks to BoF about managing through a time of unprecedented change and navigating the ongoing challenges in the US wholesale sector, while seizing the opportunities presented by new technologies. 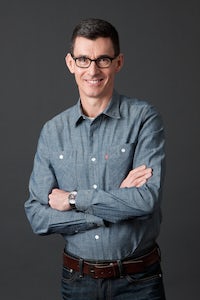 Chip Bergh on Steering Levi's Through the Uncertainties of 2017

The CEO of the iconic American denim and apparel brand speaks to BoF about managing through a time of unprecedented change and navigating the ongoing challenges in the US wholesale sector, while seizing the opportunities presented by new technologies.

This interview is part of BoF’s State of Fashion 2018 report, published in partnership with McKinsey & Company. For more insights into the challenges and opportunities that lie ahead for the global fashion industry, download the report here.

SAN FRANCISCO, United States — Since his arrival in 2011, president and chief executive of Levi Strauss & Co. Chip Bergh has been instrumental in marrying the American retailer’s heritage with a new brand of cool that appeals to Millennial and Gen-Z consumers. (In 2017, Levi’s recorded its fourth consecutive year of profits, despite the dominance of athleisure and the strains of the fast-fashion schedule.)

Chip Bergh: The industry is seeing massive amounts of disruption from multiple sides. There is channel disruption with the evolution of these large, powerful pure play e-commerce players, whether that's Amazon in the United States, Zalando in Europe or Tmall in China. With the transparency that now exists online and the ability to shop by price, the consumer is obviously more informed today, has access to more information more quickly than ever before and has much higher expectations and standards than they did even five or six years ago. And finally, there is speed and agility: every company is trying to figure out how to do things smarter, faster, quicker to market, so that they can respond to changing consumer signals in a timely way, without needing to eat a lot of excess inventory.

BoF: What about China?

CB: In China, everything is on steroids. China is embodying all of these trends on a magnified basis because it was coming from behind — now it seems to be almost out in front. Tmall and Alibaba have grown massively. Five or six years ago, most of the e-commerce that was done in China was cash on delivery. It was delivered by a person, they'd come, they'd let you try product on, you would keep what you wanted and pay them. There was no real financial transparency. Credit cards weren't used broadly by consumers in China. AliPay, WeChat Pay — none of that existed. Now consumers don't even carry a wallet in China. Everything's electronic and the speed with which it has happened — WeChat with 600 million users in China alone — is just immense.

BoF: Have the big online e-commerce platforms that you mention become too big and important for a brand like Levi’s to ignore?

CB: We've been selling directly to Amazon for a while now; they're a major customer. Amazon in the US is our fastest growing customer — they're a top 10 customer globally. Outside of the US, Tmall and Zalando are big, [also] Flipkart. I think brands really have to consider what their strategy is with each of these big customers first and foremost. Do they want to play or not? You can't disregard the fact that most of these platforms run a third- party marketplace, so, whether you like it or not, they're probably going to have a third-party marketplace for your brand; your brand's likely going to be on that site anyway.

I want to have as much control of the brand as possible on these platforms; it's better for us than a third-party market- place. So for the most part, we are playing with all these major online platforms and we have a pretty healthy business with most of them.

BoF: What will be the biggest challenge of working with companies like Amazon?

CB: The big challenge now is that Amazon is introducing their own private-label apparel business and they're going to be massive in apparel over time. They're already very big, almost $20 billion of apparel. They don't have a private-label jeans brand but they're collecting a lot of data on today’s consumer and I think their real power, over time, is going to be the data they're able to collect on their consumer. It's just a question of time. You've got to love them, work with hem and partner with them; recognise and respect the size and the scale of the business that they have; and recognise that they could become competitors.

BoF: There are also ongoing challenges in the US wholesale business.

CB: Yes, in our largest market, in our largest channel, some of our largest customers are struggling right now. This is part of the disruption that I was talking about. The US is still one-half of our business; about 70 percent of the US business is wholesale — you can do the maths. About a third of the company's overall results reside in this one channel and it largely comes down to a couple of very key customers.

It is difficult to predict where we are heading in the current political environment in the US. We can try to influence it — but we can't control it. We can [only] control what our actions are.

I think it's going to shake out. It may take another year or two, and we're not accepting that our business is just going to decline in wholesale. There are other wholesale players that are performing reasonably well, including smaller chains. To some extent it's about the distribution, the number of doors that you're in and the strength of your business in those doors. As we face inevitable door closures with some of those big customers, we're looking at: where do we have opportunities to add new doors? Not necessarily our own retail business, but other wholesale customers that represent an opportunity for us.

BoF: To add to that, it's clear that the economic and political situation in the US remains ambiguous, with uncertainty around fiscal policy, trade policy, the dollar and issues with immigration. What is the impact?

CB: There are some pretty gloomy scenarios out there, whether it's border adjusted tax [or] NAFTA falling apart. Any one of these things could have a major impact on the apparel industry here in the US. I made a trip to DC two or three months ago to meet with some of the administration as well as some congressmen and senators about the border adjusted tax. For Levi Strauss & Company, if the border adjusted tax was put into place, this company would make no money, even our profitability would go negative. That's how big of an impact it would have on us. Almost 99 percent of the apparel industry is imported; the way the tax was going to work is we would've had to pay taxes on the full value of the goods that were being imported.

BoF: What's your strategy for managing through this period of uncertainty?

CB: We've been around for [almost] 164 years. We've seen 30-plus presidents and administrations come and go and we've been through it all. We've been through world wars, we've been through the Great Depression. I'm a big believer on focusing on the things that you can control. It is difficult to predict where we are heading in the current political environment in the US. We can try to influence it, but we can't control it. We can [only] control what our actions are. We can control where and how we're going to allocate the critical resources — whether it's money or people or whatever — to deliver the growth that we expect from ourselves and have committed to our shareholders.

CB: One is the role of big data and artificial intelligence, and how brands and companies really begin to leverage that to do a better job of connecting with consumers and even formulating what their products and assortments look like. The second big thing is this whole fourth industrial revolution [and] the impact of digital, whether it's 3D printing or graphic printing. Over time these things are going to have an impact on the industry and how brands tap into the digital world. The digitalisation of manufacturing is going to become more of a factor in this industry over the next couple of years.

The last thing is I do think a shakeout is coming. There are going to be winners and losers. There are going to be brands that aren't going to make it. You can probably run down the list almost as easily as I can. There are a lot of brands [weighed down by debt] that are highly dependent on customers that aren't doing very well. I think [only the] strong brands are going to survive and that's why I keep coming back to the strength of the Levi's brand as one of the biggest assets we have. I'm really focused on how do we make it even stronger.