Several big editorial departures could impact China’s fashion media and change the balance of power within the industry.

Several big editorial departures could impact China’s fashion media and change the balance of power within the industry.

BEIJING, China — It often takes a dramatic turn of events to expose underlying issues in today’s fast-paced media business. Some say that the writing was on the wall for quite some time, but the recent exodus of three of China’s top magazine editors has nevertheless cast an air of uncertainty over the local fashion industry.

On March 13th, China’s Trends Media Group announced the resignation of its president and CEO Su Mang, citing personal reasons for her departure. Off the record, however, several media insiders close to situation say that she was compelled by the group to resign.

In the two decades since she joined its advertising team, Mang grew Trends Media Group into an 18-title magazine empire encompassing Chinese editions of Cosmopolitan and Esquire, and honed a distinctive approach to the fashion media as editorial director and executive publisher of Harper’s Bazaar China. Trends Media has stated that chairman Liu Jiang will take on the role of president following Mang’s departure, to be effective from May 8th.

Mang’s resignation marks the end of an era, while signalling a wider sea change in China’s fashion media. Last February, Shaway Yeh left her post as editorial director of Modern Weekly magazine to take on the role of group style editorial director under the magazine’s parent company Modern Media. Karchun Leung, former editor-in-chief of Numero China in the group, has taken over at the helm of Modern Weekly.

During her tenure at the title, Yeh shaped Modern Weekly into a highbrow, avant-garde and, at times, subversive glossy that reached a readership of nearly a million Chinese luxury consumers. She revealed her editorial ethos to BoF in an earlier interview: “I don’t believe that mass has to be mindless or mainstream."

In China, the print to digital shift has been fast but drastic.

Yeh and Mang’s departures bifurcate what was known as China’s ‘Big Four Fashion Editors’, alongside Vogue China’s Angelica Cheung and Elle China’s Xiao Xue. “It’s more of a personal choice and a response to the times we live in,” Yeh tells BoF, when asked what prompted her departure. “I spent over a decade in my previous role. Now the media landscape is quite different.” 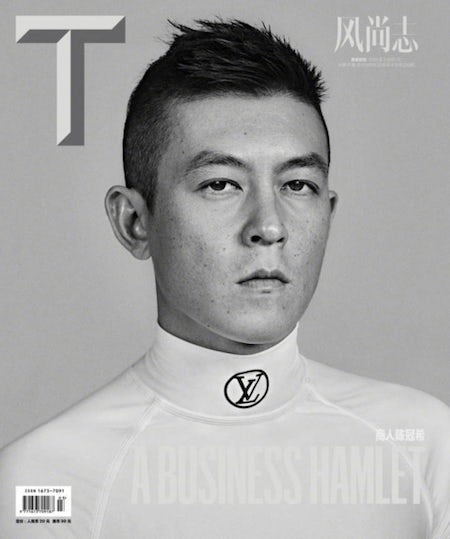 Some of these shifts are symptoms of the wider global media revolution, with digitisation as the elephant in the room. According to Wilson Chow, PwC’s global technology, media and telecommunications industry leader for China and Hong Kong, global revenue for print media will remain static at best in the next five years, whereas online and mobile advertising revenue are expected to grow at 6 percent and 15.3 percent respectively. Chow predicts that advertisers will continue to inject marketing budgets into new forms of digital advertising, as emergent technologies such as virtual reality and livestreams gain popularity. In China, where internet penetration reached 730 million at the end of 2017, the print to digital shift has been fast but drastic.

China’s already complicated media landscape has been disrupted by emergent technologies. According to iResearch, up to 400 million Chinese web users regularly watch mobile livestreams on apps such as the short video service Meipai operated by Meitu — fashion influencers have been known to make a lucrative profit from advertising own-brand clothing to legions of fans. Other players such as the e-commerce, publishing and events multi-platform Yoho! have fared well with younger audiences due to their hybrid model. It is becoming increasingly difficult for print-first fashion magazines to sustain their audiences and attract advertisers.

However, digitisation isn’t the only reason for China’s recent editorial exodus. To a certain extent, departures among top editors can be expected as part of the normal reboot that happens in the industry. But some of the current shake-up can also be attributed to a change in cultural values.

“There are more young people involved in fashion now — they’re the first ones who grew up in an international China, and a lot of them studied abroad, lived abroad,” says a director of one of China’s most well-known luxury fashion magazines, who would only speak on the condition of anonymity. “China opened up to the West later and older generations weren't growing up with the same exposure to fashion, which was often seen as frivolous and not as reputable as a career.”

Older generations see fashion as frivolous and not as reputable as a career.

The wider journalism profession is also undergoing a millennial shift: according to a 2016 survey conducted by PR Newswire, over 80 percent of China’s front-line journalists were under 30 years old. At the same time, there is growing demand for seasoned editors to adapt their expertise on new platforms to appeal to younger audiences.

Yeh has also launched her creative agency Yehyehyeh. “The idea is to bring together sustainability, creativity and innovation in a three-prong attack to instigate the kind of valued-based change that our industry desperately needs now in China," she said. "It’s about using my new passion and practice, along with my new platform, to initiate change — at first within the fashion industry to help drive it more towards sustainable and responsible development.”

GQ China’s editorial director Wang Feng told BoF last year that “there are revolutionary changes taking place at the moment that are all-encompassing [and] they aren’t limited to a [single] company or publication. What’s evolving is the essential foundation of how magazines exist as a medium [in China], from readership to business models as a whole.”

Furthermore, other changes are taking place that are outside of the industry’s control and extend to the realm of government policy. Though China’s netizens have been savvy users of VPNs and other tools to circumvent sites blocked by the government-imposed firewall such as Google, Instagram, Twitter and Facebook, recent crackdowns by Beijing’s Cyberspace Administration on the country’s video streaming sites and VPNs are making it harder to stay connected.

Last year it ordered WeChat and Weibo to shutter 60 social media accounts for undermining socialist values — the likes of which included Harper’s Bazaar and For Him Magazine. Though the changes in government policy don’t have immediate and direct implications for the fashion media as a whole, the intensification and unpredictability of the media crackdown makes any Chinese editor’s job challenging.

Although the big brands’ boutiques abroad already have Chinese speaking staff, the impact on smaller fashion boutiques in cities like Paris, London, Rome and Dubai could be significant. According to a report jointly released by China Tourism Academy and online travel agency Ctrip, Chinese tourists' total spending on trips abroad amounted to $115 billion in 2017, when Chinese buyers made up 32 percent of the luxury goods market.

Reuters notes that brands, in fear of being shamed on the show, are becoming increasingly savvy at laying down PR groundwork, which may lead up to six months in advance. “The days that a big company would be completely caught with its pants down are largely past,” states James Feldkamp, chief executive of independent China consumer watchdog Mingjian. “Pretty much all the big corporations have their PR machines ready to jump into action, because they’ve seen what happens when companies are not prepared.”

Meitu on track for an AI pivot. Meitu, the company behind China's most successful selfie and video editing apps including Meitu, MakeupPlus, BeautyCam and Meipai, released its financial report for the year ending 2017 on March 26th. According to the report, Meitu Inc.’s total revenue increased by 186.8 percent year-on-year to 4.528 billion yuan ($721 million). As predicted before the company’s IPO debut in Hong Kong, it broke even before the end of 2017 and reported a total of 454.7 million live users in February.

Earlier this year, Meitu partnered with Dior in launching a customised user interface for the app featuring Dior’s Miss Dior campaign. The app has also partnered with Gucci, Nars and over 100 top beauty brands to provide users with customised experiences on its photo enhancement app BeautyCam. Looking ahead, founder and chief executive Wu Xinhong has been vocal about his plans to transform Meitu from a mobile internet company to an AI company, and data and AI drivers are positioned to bring further user growth in 2018.

Walmart Bets on Tencent in China Payment War
Walmart said it had dropped Alibaba-linked Alipay after agreeing a tie-up with Tencent to use its popular WeChat payment system.

H&M Launches on Alibaba's Tmall in China
It is the first time H&M has sold its main budget apparel brand through a third party, but it's playing catch-up with some of its major rivals.

Alibaba Eyes China Listing
The e-commerce giant is planning a mainland listing that could come as early as the mid-dle of this year as China seeks to lure home its offshore-listed tech giants.

Alibaba to Invest Extra $2 Billion in Lazada
It brings Alibaba's total investment in Lazada to $4 billion as the company aims for an ag-gressive expansion in Southeast Asia.

Trade Rifts Are Backdrop for China TV's Shaming of Global Brands
The annual programme, which calls out companies for alleged unfair practices against consumers, has previously targeted brands like Nike.

Chinese Owner Plans to Sell House of Fraser Stake
Nanjing Xinjiekou plans to sell its majority stake in the troubled British department-store chain, adding to the upheaval on the UK's shopping streets.

Asia's E-Commerce Boom Is Making It Harder to Track Inflation
An explosion in online shopping in Asia has policy makers scrambling to gauge its effects on their economies.

In China, Retailers Cash in on Women's Day
As women around the world press for progress on gender equality, the day was dominated by sales campaigns from retailers in China.