In this month’s China Edit, over 60 entertainment sites have been shut down as the country’s new cyber security law comes into effect.

In this month’s China Edit, over 60 entertainment sites have been shut down as the country’s new cyber security law comes into effect.

SHANGHAI, China — As part of president Xi Jinping's ongoing tightening of control over online media outlets, the Chinese government has instituted a sweeping clampdown on websites and social media accounts devoted to entertainment and celebrity gossip.

The crackdown on salacious celebrity news affected some of China’s most popular showbiz channels, many with millions of followers. This included an entertainment account run by Harper’s Bazaar China and For Him Magazine, both owned in China by Trends Media Group.

“Many of the accounts that were shut down published some form of celebrity news. Even where the news itself was less scandalous, the accounts could be seen as glorifying celebrity lifestyle, which runs counter to the wishes of the Chinese government,” Jonathan Smith, managing director at Hot Pot Digital, a digital marketing agency specialising in the Chinese market, tells BoF. Harper’s Bazaar China could not be reached for comment at time of publishing.

China is notorious for its stifling control over the internet and its local media. The country ranks 176th out of 180 countries on the 2017 World Press Freedom Index, coming just before Syria and North Korea. But in the past, many believed that the driving force of censorship was mainly political and that people could enjoy “online freedom” as long as they did not comment on current affairs.

The recent crackdown, however, shows that ideological struggle is not only directed against foreign enemies. “’Gossip’ can be loosely defined as elements that don’t meet with the approval of Chinese authorities. A celebrity’s less exemplary behaviour can be viewed by the government as contributing to the potential erosion of core socialist values in China,” says Smith.

Cutting back on celebrity content will be a challenge for certain Chinese media.

The developments come after the introduction this month of a new cyber security law, the details of which are still unclear, and have triggered major concerns among many multinational firms. While the Chinese government has maintained that these regulations are security measures, critics say it’s not clear how the rules will be implemented and that they’re a merely a move to further limit free speech.

Thus far, local Chinese media outlets have been the first groups affected by the law. On June 1, the Cyberspace Administration of China announced a new set of regulations concerning what news publications can publish and share. Under these regulations, companies need to acquire a government license and have editors approved by the government.

Although its entertainment accounts have been suspended, Harper’s Bazaar China’s main official account on both Weibo and WeChat are currently still operating. But should fashion publications in China be concerned and how might they have to adapt?

“Celebrities have long been used as a short cut to gain exposure in China. Fashion magazines rely on red carpet images to boost interest, while luxury brands look to leverage celebrity status to drive sales. Cutting back on celebrity content will be a challenge for certain Chinese media that have traditionally heavily used this in their marketing efforts,” says Smith.

“Brands will need to go beyond the glossy celebrity image and find ways to engage their audience with quality content, and work on long-term brand affinity with audiences that truly ‘get’ them.”

Smaller cities will drive China’s consumption boom. As China develops into a higher income society, consumption is predicted to grow from its current $4.4 trillion to $9.7 trillion by 2030, according to a recent report by Morgan Stanley. Lower-tier cities, which exclude megacities such as Beijing, Shanghai, Guangzhou and Shenzhen, and 26 tier-2 cities such as Tianjin and Xian, offer significant prospects. The report evaluated the potential for consumption at smaller cities by measuring statistics such as income growth and saving rate. Xuzhou in Jiangsu province topped the list, followed by Taian and Weifang in Shandong.

A number of industries, from consumer goods to travel and entertainment, are well positioned to benefit. “While investors perceive larger cities as offering the most important consumer base, we believe that lower-tier cities will be bigger, wealthier and more eager to spend, and could contribute two-thirds of incremental growth in national private consumption toward 2030,” says Robin Xing, Morgan Stanley’s chief China economist.

JD.com is gaining ground on Alibaba. China's second-largest e-commerce company, JD.com, plans to enter Thailand later this year in a move to expand its overseas business. Richard Liu, JD.com’s founder and chief executive, told Reuters in a recent interview that the company planned to use Thailand as a hub for servicing other Southeast Asian countries, such as Vietnam and Malaysia. The news comes not long after the announcement that it has invested in UK luxury retailer Farfetch and the launch of JD Luxury Express, a premium white-glove courier service aimed at getting more luxury brands onto the platform.

Liu is confident his firm can compete with Alibaba Group, which dominates the Southeast Asian market. "When we entered the e-commerce business 12 years ago ... Alibaba was already a giant. It couldn't kill us. How can it do so today?" Liu said. 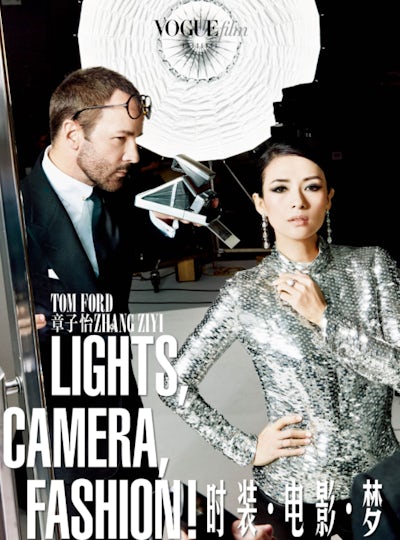 But Alibaba's Jack Ma isn't done yet. Following JD.com’s landmark deal with Farfetch, Alibaba has reportedly been in touch with Yoox Net-a-Porter Group, whose stock price surged nearly 9 percent after the news. It has also invested $1 billion more in Lazada, which it took control of from Rocket Internet in a $1 billion deal last year. The online retailer covers six countries — Indonesia, Malaysia, the Philippines, Singapore, Thailand and Vietnam — and runs about a dozen warehouses and scores of distribution centres from which it conveys goods directly to buyers.

Vogue China goes into film. Over the past month, a number of Chinese influencers and celebrities have pushed out fashion films on their Weibo accounts, produced in collaboration with Vogue China, which has launched a new supplement called “Vogue Film.” Fashion designer Tom Ford and Hollywood actress Zhang Ziyi cover the magazine’s June edition.

“Today, a growing number of readers get their information via videos. I observed that although various platforms are full of videos, few are able to integrate sophisticated fashion and a degree of entertainment together. This inspired me to launch the Vogue Film brand, which combines short fashion films with a print edition, to further convey Vogue’s attitude about fashion and its values on all platforms,” say Angelica Cheung, editor-in-chief of Vogue China, in a pre-written interview provided to BoF.

The new title will be published biannually, and a key aspect of the project will be producing fashion videos that can be monetised through clients.

Farfetch Partners with JD.com to Boost Chinese Business
The deal, which includes a $397 million investment from the Chinese e-commerce giant, will give Farfetch a powerful gateway to the world’s second largest luxury market.

Alibaba Expects Revenue Growth of up to 49 Percent in 2018
Alibaba, which is seeking to expand new business lines in artificial intelligence, big data and cloud computing, has seen its stock rise over 40 percent since the beginning of 2018.