The video streaming platform has attracted Louis Vuitton, Nike and others looking to recruit the next generation of Chinese consumers. But brands need to understand its unique community to avoid making mistakes.

The video streaming platform has attracted Louis Vuitton, Nike and others looking to recruit the next generation of Chinese consumers. But brands need to understand its unique community to avoid making mistakes.

Most social media platforms make a show of their high engagement rates, but few expect users to pass an entrance exam to prove how committed they will be. Welcome to the high-energy world of Bilibili, the Chinese long-form video streaming platform founded as a hub for anime, comic and game (ACG) enthusiasts that’s now going mainstream.

“It is a real community — it started from the core values and behaviours of the ACG [subculture] so they want to keep that in the club,” says Kun Tang, Guangzhou-based managing director at Jademond Digital. “The users are very sticky. We’re talking about 82 minutes of usage per day; that’s a long time.”

According to the company, half of China’s population aged between 10 and 29 years old are active Bilibili users, but the firm is now widening its appeal to woo older users outside of the Gen-Z fold. Hence the entrance exam to ensure that newcomers fit in with its community and culture.

In order to comment on and upload content, users need to score at least 60 marks out of around 100 multiple-choice questions, which reportedly tests wannabe members on everything from ‘geeky’ scientific facts like the distance between the Earth and the moon to popular culture trivia from fantasy fiction series like the Harry Potter franchise.

Brands from Louis Vuitton to Fendi have already launched advertising campaigns on Bilibili — not only to up brand awareness among younger, soon-to-be luxury consumers, but to reach those who joined the platform in its early days and now have a job and disposable income. The likes of Dior, C-beauty giant Perfect Diary and Shiseido operate accounts on the platform, while many more brands work through KOLs (influencers, in local parlance) and ads to reach their audience.

One draw is the sheer size of the community. By the first quarter of 2021, Bilibili had amassed 223.3 million monthly active users (MAU), an achievement described as remarkable considering the platform’s unique identity. But some worry that the app’s ambitions to grow bigger might dilute its character or alienate its most loyal, passionate users, some of whom have been around since it launched back in 2013. 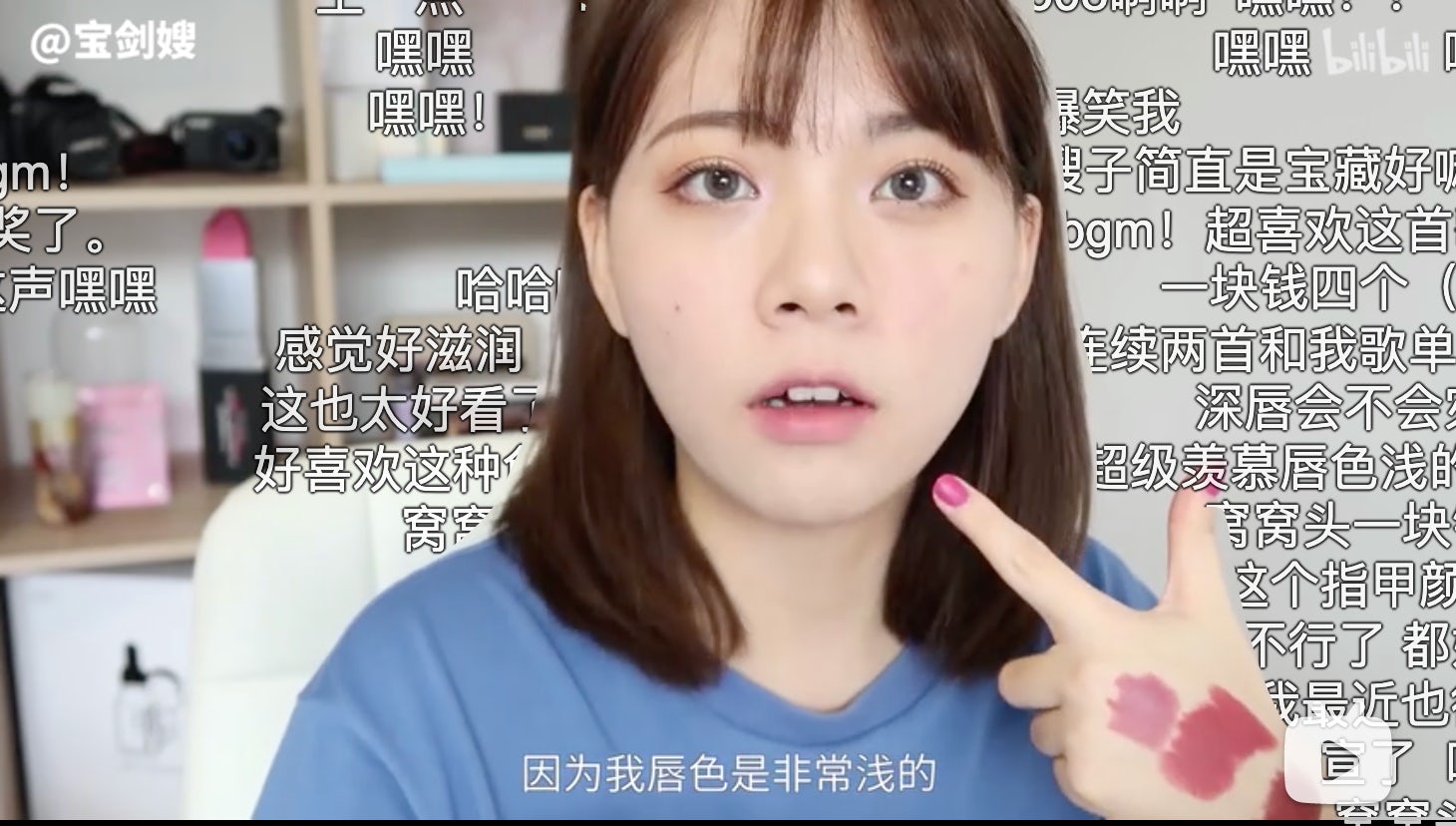 The atmosphere on Bilibili is chatty and user generated content tends to be quite relatable. Baojiansao, a top KOL and content creator of beauty videos, has drawn millions of views to clips of “facetune make-up” and her extensive lipstick collection. She is also known for more humorous content, including style advice for women with big chests and “challenge videos” featuring her long-term boyfriend. On Bilibili’s fashion and beauty page, users can find cosplay make-up transformations and round-ups of affordable sneaker styles. There is also a celebrity-focused section and one devoted to clips of runway shows.

The fact that Bilibili, like Youtube, features longer-form videos as opposed to shorter ones on TikTok analogues Douyin and Kuaishou, can be of value to brands, say local marketers. “On Douyin you see a new video every 15 seconds [but because there are] … 20 or 30-minute long videos [on Bilibili, users are] more engaged,” explained Olivier Verot, founder of Shanghai-based Gentlemen Marketing Agency.

It’s also worth noting that unlike the many so-called “walled gardens” in China’s digital ecosystem (platforms that block links from rival apps, such as Douyin and WeChat), brands on Bilibili (which has been backed by rivals Alibaba and Tencent) can link freely to storefronts on Taobao and Tmall as well as those on WeChat.

But Bilibili is not for everyone. Some brands are clearly better suited to the platform than others, and marketing to its young users must be done on their terms. Here’s what brands need to know.

Which brands should invest in Bilibili?

While Bilibili’s content diversification has produced categories across both fashion and beauty, the latter is having a major moment.

In 2020, the number of Bilibili’s beauty content creators increased 60 percent year-on-year; views of beauty-related videos tripled during the same period, according to the platform. A spokesperson adds that its beauty community is largely made up of users residing in first and second tier cities born after 1995 and — somewhat surprisingly — has a balanced gender mix. According to a Launchmetrics report, L’Oréal, Estée Lauder, Chanel, Lancôme and Dior have all launched successful campaigns on Bilibili with media impact values exceeding $1 million.

The platform is a natural fit for beauty brands with a Gen-Z focus and those looking to expand into younger consumer demographics using an entry level price point. Take Japanese e-commerce player Zozo, which sells to China via proxy service Buyee, pays for in-feed ads and KOL partnerships for its fashion and beauty platforms; the connection makes sense, says Tang, given the connection between anime and games with Japan, which Zozo taps into through relationships with KOLs that specialise in cosplay makeup. 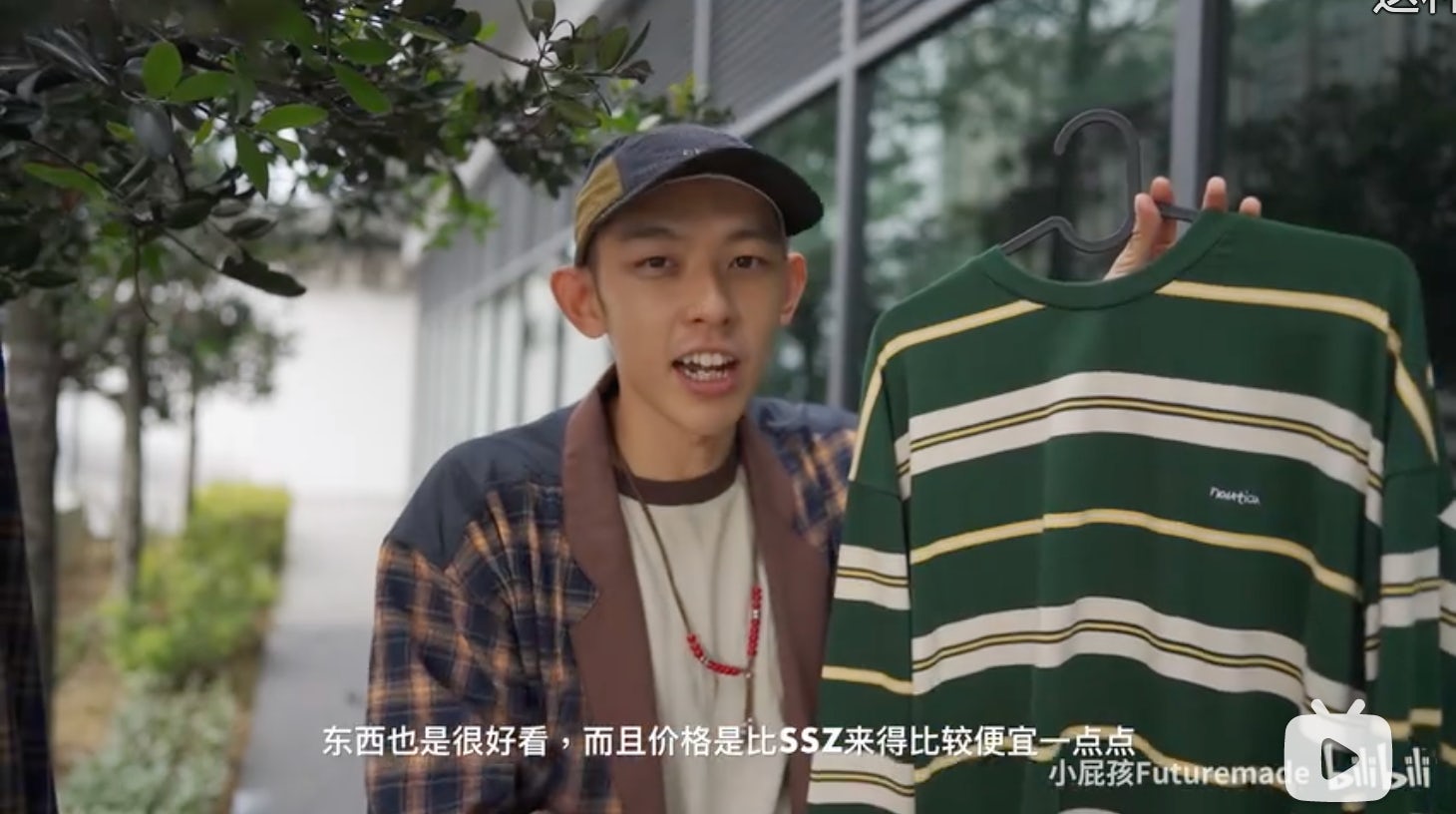 Skincare brands with anti-acne lines and streetwear brands are other examples of players that could benefit from investing in the platform, Tang adds.

But experts caution brands against approaching Bilibili as a quick sales driver; instead, they should see it as a way to build brand awareness and develop content. “If a brand only cares about immediate ROI ...[then] Tmall Livestream with [KOLs like] Li Jiaqi [and] Viya will be the way,” advised Viola Chen, senior account manager at marketing agency Red Ant Asia.

While there are several ways brands can appeal to the platform’s audience, Tang recommends brands invest in both performance-driven ads (where brands can bid on cost per click) and KOL endorsements. Banner ads, while flashy, can be costly and are suited to bigger businesses with deep pockets.

Setting up an official brand account is an effective way of driving traffic from KOL mentions and links to e-commerce storefronts; though Bilibili has experimented with e-commerce in the past, much of its offering is ACG-related merchandise. Not setting up an account could also create opportunities for imposters, notes Verot. Perfect Diary, L’Oréal, Dior and Shiseido are among the brands with an official presence on the platform.

Beyond keeping their accounts updated with relevant campaigns — ideally edited specifically for Bilibili, featuring celebrities that appeal to young Chinese — brands should focus on KOLs over creating a raft of their own content. Working with Bilibili’s gaming KOLs can be pricey, but the platform’s other categories are still relatively new and the cost of partnerships in fashion and beauty can be considerably lower than apps like Douyin and WeChat, says Tang.

Bilibili KOLs are a bit conservative… they prefer product placement, discounts and lucky draws to help their followers get value.

Names to know on the platform — many of whom create content across categories like comedy, fashion, beauty and lifestyle — include fashion commentary duo Ahalolo, aforementioned beauty KOL Baojiansao and Witty Sister Dang, known for her themed make-up transformations.

It’s worth noting that Bilibili’s strong community and ties to ACG mean many users are opposed to overtly commercial content, says Tang. “[Bilibili] KOLs are a bit conservative … they prefer product placement, discounts and lucky draws to help their followers get [value]. But it’s not so much to [explicitly] promote products.”

Brands need to respect Bilibili’s community culture in order to succeed on the platform. This means working with content creators to create campaigns, instead of assuming brands know what will appeal to this special profile of users.

This can be particularly tricky for luxury brands that need to adapt to Bilibili’s casual tone without diluting their brand image. While brands are still experimenting with the platform through campaigns tailored to its tone and community, it hasn’t yet become a major investment target. Both Dior and Louis Vuitton launched major Bilibili campaigns in 2019: the former worked with AGC KOL Nova to create an interactive video featuring a virtual Dior-clad blogger browsing the brand’s boutique.

“Dior’s campaign was a striking embrace of multiculturalism, which is very much in touch with China’s modern youth mindset,” says Kim Leitzes, managing director, APAC, at brand marketing consultancy Launchmetrics. According to firm, Nova’s fan engagement rate for two Dior sponsored posts on Weibo was 10 times higher than average figures over the last 90 days.

Avoid being arrogant or superior and don’t just copy and paste your brand content from other channels.

Louis Vuitton’s League of Legends crossover, which saw it launch a special sticker and skin for users to create content with, had users commenting “we almost owned an LV [item],” according to Chen.

Last year, Fendi launched a banner ad campaign for its Peekaboo bag featuring a comic-style illustration by the platform’s design team as well as KOL tie-ups. “[The] campaign had a very high quality of KOL selection,” says Leitzes, adding that KOLs provided users with information on brand history, product quality, the design process and styling. “The content was well balanced between education and entertainment, which readied potential customers for better purchase decision-making.”

Chen recommends brands pay close attention to user feedback, especially when it comes to bullet comments, a function and engagement metric unique to Bilibili where comments flow across the video during streams. “Avoid being arrogant or superior [and] don’t just copy and paste your brand content from other channels.” 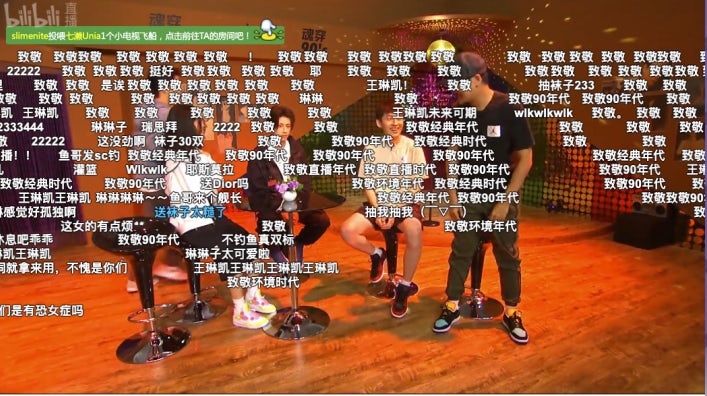 Driving conversation to maximise engagement is key. Last year, Nike made its Bilibili livestream debut to celebrate the launch of its Air Jordan Zoom ’92 sneaker with a ’90s themed party featuring local rapper Lil Ghost and KOLs like Witty Sister Dang. The group discussed ’90s-related trivia, music and the stream was flooded with bullet comments. The event accumulated 220,000 bullet comments and 3.3 million live views at its peak. Nike declined a request to comment.

Lastly, tuning into the hot topics, worries and milestones relevant to a younger audience can help brands take campaigns to the next level. Take Estée Lauder’s graduation photoshoot makeup campaign, which the brand used to promote its long-lasting foundation line by inviting KOLs and everyday users to share their school graduation photo make-up looks. The campaign, which also offered a free sample of the product as a “graduation gift,” was a success, raking in over 12 million views as well as 2,000 user-generated videos.

Ultimately, being fluent in Bilibili means prioritising user experience over immediate conversions. “We [encourage] brands to think long-term ... short-term marketing will not be able to successfully retain users,” a platform spokesperson adds. “Brands who are successful on Bilibili like to [play] with users [rather than] just introducing their products.”

How to Tap China’s Next Super App

A Post-Pandemic Guide to WeChat