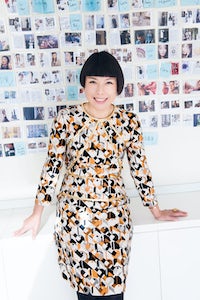 SHANGHAI, China — “People here are not easily impressed anymore,” cautions Angelica Cheung, editor-in-chief of Vogue China. “Now, even in China, consumers look at their wardrobe and they have everything, so they say, ‘Okay, if I get anything new, it must be for a good reason.’”

An increasingly discerning, educated and fragmented consumer profile is not the only issue that luxury brands will have to unpick in China next year. “Now that Chinese are spending overseas, they put more effort into experiences and learning, personal improvements and health. Anything to do with a healthy lifestyle and a healthy self,” she adds.

These and other consumer changes have added another layer of complexity for brands trying to penetrate deeper into China, especially at a time when its economy has been slowing. Deceleration of Chinese market growth has taken a heavy toll on the global luxury industry, which has come to rely heavily on the region and given rise to concerns about its future.

“Everything is changing; the world is changing; China is changing. And in China, because it was complicated to start with, it’s even more difficult for people to catch what’s happening,” she concedes.

“This is what Vogue China is trying to do: introduce a certain structure into a chaotic market,” she adds, referring to the magazine’s newer services providing creative and marketing solutions for luxury brands.

Cheung is optimistic that the Chinese market will get back on track, likening much of the current spending slowdown to a “passing mood” among consumers that is an inevitable consequence of the volatility of the Chinese stock market in 2016 and ongoing questions around the long-term stability of the property market.

Obviously when you’ve just lost millions on the stock market, you are not in the mood to go out and buy diamonds or an Hermès bag.

“Obviously when you’ve just lost millions on the stock market, you are not in the mood to go out and buy diamonds or an Hermès bag,” she concedes. “Some kind of market adjustments [do] affect how people spend, but usually that’s quite temporary.”

The ongoing urbanisation of the country and growth of its third- and fourth-tier cities provide longer-term growth opportunities, believes Cheung. “China is still a growing market and... there are a lot of other Chinese cities still waking up to this whole new world [of luxury fashion].”

Another very distinctive demographic in the country is the millennial consumer, a segment many luxury brands are turning their focus towards and one that Cheung understands well, having this year launched Vogue Me, a bimonthly spin-off magazine targeting China’s post-1990s generation.

“It’s a totally different generation. You need to know how their mind works and how you influence them and who influences them. It’s the ‘Me Generation.’ It’s about my identity, it’s about my feelings, it’s about how I see the world. They’re not just a younger version [of the existing consumer]. That’s why I was adamant I wouldn’t call it Vogue Girl or Teen Vogue [because] I don’t want people to mistake me for just doing a younger Vogue.”

Young Chinese consumers like the readers of Vogue Me have significant spending power but they also have very different attitudes and values in comparison to the next generation up. Typically, they are less wedded to brands and more open to mixing global brands with local labels and at a variety of price points.

As for whether local brands will be a growth vector in 2017, Cheung is cautiously optimistic. “I went to the shopping mall a couple of months ago and... I feel that a lot of the Chinese brands are doing much better products now because they’ve been learning fast... some of them are becoming a lot stronger.”

“Unfortunately, they came into the market when all the international brands had a great growth period. But now it’s coming into a slight adjustment period so it’s a confusing period [for them ahead].”