SHANGHAI, China — At one of the many showrooms visited by Browns’ team of buyers during Shanghai Fashion Week, Buying Director Ida Petersson recalled that she was introduced to almost 300 brands.

Overwhelming? Perhaps. But for Petersson and her team (whose 9,000 kilometre sojourn marked the retailer’s first to the Chinese market), too much of a good thing was nothing to complain about.

“What was incredibly impressive was how established the scene was, particularly the trade shows and the platform for new talent with the likes of Labelhood,” Petersson tells BoF, referring to the designer incubator and launchpad for the city’s buzziest brands.

It seems that while Washington and Beijing are in a pitched battle over trade, China’s designer exports are in higher demand than ever before.

“The biggest breakthrough is that more and more Chinese designers are realising they can compete on a global scale, not just within the Chinese market,” says Tasha Liu, founder of Labelhood. “They can think of the whole picture.” 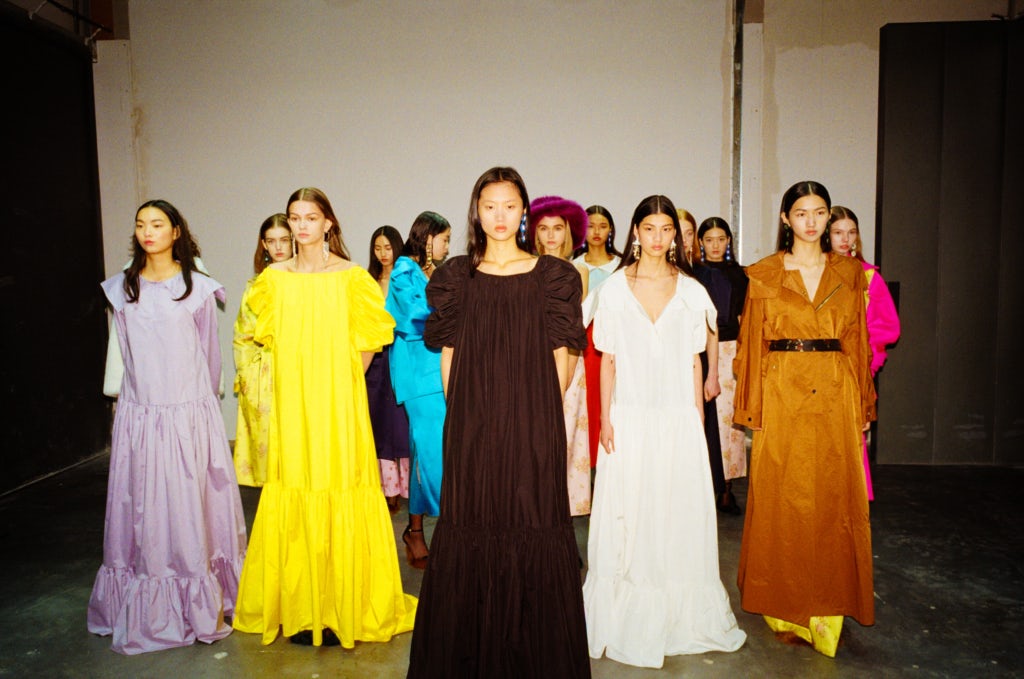 In July, Liu will accompany ten designers to present their collections at the next edition of Pitti Uomo for the Guest Nation China project, which was curated by Labelhood. The likes of Pronounce, Danshan, and 8on8 will be exposed to international buyers and press in Florence, marking a milestone in Liu’s efforts to elevate Chinese talent on the global stage.

Another sign that the global fashion industry has begun to take Chinese design more seriously is the number of prominent figures willing to invest time and resources into the scene.

“A few years ago, we wouldn’t believe that Imran [Amed], Julie [Gilhart] and Renzo [Rosso] would come together to discuss China’s next rising star,” Liu continues, referring to the jury members of the inaugural BoF China Prize, which took place during Shanghai Fashion Week in March and found its winner in New York-based Caroline Hu.

Lane Crawford bought from three Chinese designers in 2013, but has gone on to stock over 40 today.

“They come to our stores looking for Chinese designers after seeing celebrity photos and on platforms such as Xiaohongshu, [and] many of them follow the brands on social media,” says Yu, who notes that Lane Crawford bought from three Chinese designers in 2013, but has gone on to stock over 40 today.

“After this last season, I saw that Shanghai has already become a go-to destination for people keen to discover fresh new design talent,” Liu tells BoF. Petersson concurs, calling it “a new era of Chinese design.” But for all the recent progress, there’s still room for growth in China’s fashion fraternity.

One thing that the designers on Petersson’s list have in common? All but one of them — jewellery maker Yvmin — were educated abroad.

“So many brands [are] choosing to set up their business in China, as opposed to in the markets they have perhaps studied in,” Petersson tells BoF. “We have come across some of these brands before in international cities. However, it was a fantastic feeling to see them in [the] market and being celebrated on their home ground.” 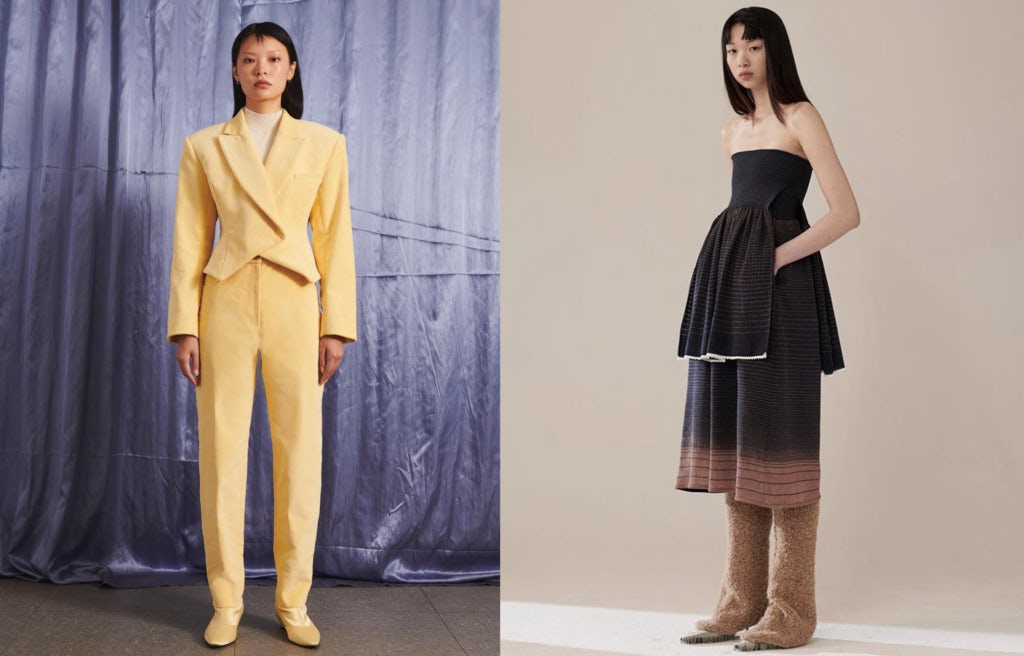 The former, a London College of Fashion and Royal College of Art graduate, brought her expertise in textiles to the fore, with voluminous knits layered weightlessly atop sheer trousers and long skirts.

The growth of Wong and Yang’s labels are a testament to Shanghai’s burgeoning design credibility, but designer Ming Ma thinks that the time has come for China’s fashion education system to catch up.

“All the designers showing in Shanghai studied in London or New York, and we take that experience and marry it with our old culture,” Ma tells BoF. “I think education in China has to keep up with that now... We need build up our own identity and our own system to produce talents in the future.”

Though the brand has only shown two collections, Ming Ma is already on every insider’s lips. For the brand’s sophomore collection, the designer extended his debut’s playful feminine shapes and striking colour palette — a gamut of fuchsia, tangerine, terracotta and lime green — with aplomb.

However, Parsons' Fulbright Scholar and fashion commentator Christine Tsui notes that many commercially successful Chinese designers were educated in China, including Sankuanz’s Shangguan Zhe, Ma Ke of brands Wuyong and Exception, Yin Jianxia of Uooyaa and Wang Yiyang of Zuczug.

Education in China has to keep up... We need build up our own identity and our own system to produce talents in the future.

These brands are just as active in the Chinese fashion industry, but do so outside the confines of the likes of Labelhood — and operate on a much bigger scale. “It isn’t because only [Chinese] designers [educated overseas] are good. It is mainly because [incubator platforms have] a preference for [them],” says Tsui.

“To Chinese universities, the education system still mainly serves the needs of the country [stemming from demands for industrial development], rather than the students’ personal capacity development or interests,” she writes, but rejects the idea that Chinese designers are less creative than their FIT, Parsons or Central Saint Martins-educated peers.

As locally and internationally educated Chinese nationals continue to gain ground in global markets, Tsui thinks that China’s fashion education will eventually find a middle ground between encouraging students to serve the state and themselves.

Shanghai’s runways and showrooms are overrun with young brands, but the gap between building a buzzy brand and a bustling business in a crowded market is still a daunting one for its breakout stars.

It’s already been a milestone year for Fang, who was shortlisted for this year’s LVMH Prize and stunned Shanghai’s showgoers with her third collection’s ethereal nature-inspired woven pieces.

Two days after her show in Shanghai, she received an Instagram message from Selfridges requesting an order of her clear-beaded bags (“I thought, oh my God, we missed a DM from Selfridges!”) and orders have been steadily coming in from the likes of Dover Street Market, Browns and Opening Ceremony.

Lau has noticed that Shanghai Fashion Week has matured into a launchpad for commercially minded collections by designers who have yet to graduate, raising BoF China Prize finalist Shuting Qiu and Victor Wang’s label VIIIII (both to graduate this year) as examples. “It’s interesting that they were discovered this early and are able to dive straight into producing a collection that can be wholesaled,” says Lau.

“That demonstrates the efficient manufacturing connections that a lot of young Chinese designers have immediate access to.”

This level of support, which Tsui reckons exceeds that given to designers in other countries, is reassuring. But responding to growing wholesale demand and staying in step with production is tricky for designers, who often lead teams of two or three — if at all — in their early years.

Fang, for one, is already feeling the pressure of China’s crowded industry. “The situation is so supportive now, but it’s so easy to disappear because there are new designers coming every year.” Her biggest challenges going forward will be to build a team and grow her brand as a business, which she has come to realise is easier said than done.

It’s so easy to disappear because there are new designers coming every year.

“Our weaving is handmade, as is our knitwear, so it’s impossible to find small-batch sampling factories for our technique,” says Fang. She credits Ribo — a local fashion company and garment manufacturer that has recently expanded into the showroom business to incubate emerging brands such as Sirloin, Xu Zhi and Shushu/Tong — but acknowledges that pairing a manufacturer with a designer isn’t enough to guarantee a sustainable business.

“In the past 10 years, the quality of talents has [improved] a lot, mainly [due] to the return of overseas Chinese talents and training given by international businesses in China,” says Tsui. “But I think we still have a long way to go in terms of improving their professional skills.” 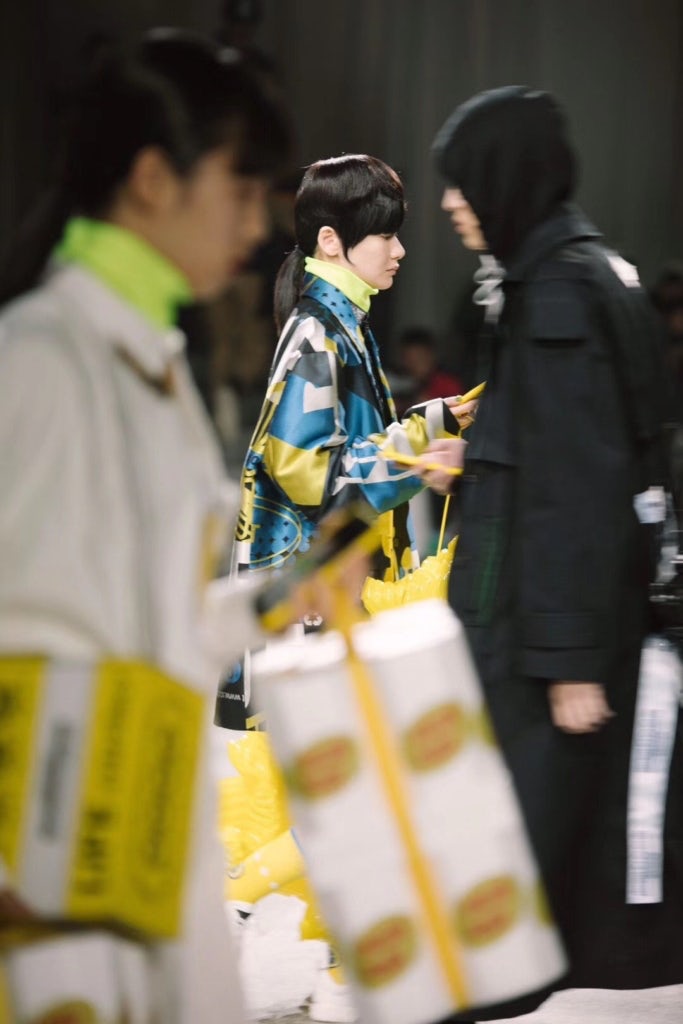 According to Tsui, “the key support that young designers need is fashion entrepreneurs.” Successful partnerships (à la Alessandro Michele and Marco Bizzarri) can blossom when an executive “understands and appreciates the designers’ talents, knows how to work with creativity talents and has the capacity to transform designers’ creativity to successful business.”

Zemira Xu, the founder of Tube Showroom, reckons that what’s needed is “brandification” to empower designers themselves to become business leaders. Xu, who is planning a business training course for designers in July, stresses that China’s brands “need to harness their creativity, funnel support into operations and make the whole production process more powerful.”

Liu, who’s raison d'être is to ease new designers into the marketplace, is no stranger to this struggle. “China’s apparel and fashion industries used to feel bifurcated, like they belong to two different worlds,” she tells BoF. “Now, commercial brands are taking a global approach to building and promoting themselves.”

This has yet to be the case for smaller designers. “There’s still a gap between them and the wider industry,” she says. “This needs to be improved.”

Who's Who Behind the Scenes at Shanghai Fashion Week