SHANGHAI, China — China’s history as the world’s factory for low cost, low quality goods long made the country a magnet for the words ‘counterfeit’ and ‘copy.’ These days, the country’s sophisticated manufacturers are better known for making iPhones than the cheap knock-off “bandit phones” that flooded markets ten years earlier. And yet there’s one pernicious C-word that continues to dog China’s business sector: ‘clone.’

As China’s high-tech industry booms, some still hold the belief that China’s digital start-ups are mere ‘clones’ of concepts cooked up in Silicon Valley. However, in China, clones don’t often remain clones for long. In the country’s vast, highly segmented and competitive digital ecosystem, rapid adaption and explosive growth have led to highly innovative mutations.

Many Chinese technology companies established over the last two decades were indeed first modelled after foreign pioneers who had been blocked from entering the market by China’s so-called ‘Great Firewall’. Hence, while the rest of the world has Google, Facebook and WhatsApp, China has a parallel digital universe populated by Baidu, Weibo, Renren, and WeChat. Rather than Netflix, Uber, Yelp and Youtube, China binge-watches on iQiyi, hails rides on Didi, rates its eats on Meituan and uploads clips to Tudou. The list goes on.

However, the entrepreneurs now driving some of China’s hottest fashion start-ups are beginning to prove that there’s more to them than comparisons to their so-called counterparts abroad. In fact, some now suggest that the tables are being turned — that instead of copying to China, the rest of the world either is, or will soon be, copying from China.

“The West’s understanding of Chinese companies is still centred around the idea of copying, and it’s archaic,” says Y-closet founder and chief executive Liu Mengyuan. “When I look at China now, I think we’re in the lead.”

Deemed China’s equivalent of US-based Rent the Runway, Y-closet’s subscribers can rent clothes from the likes of Prada and Self Portrait for a monthly fee. Alibaba invested an undisclosed round in the platform last September. 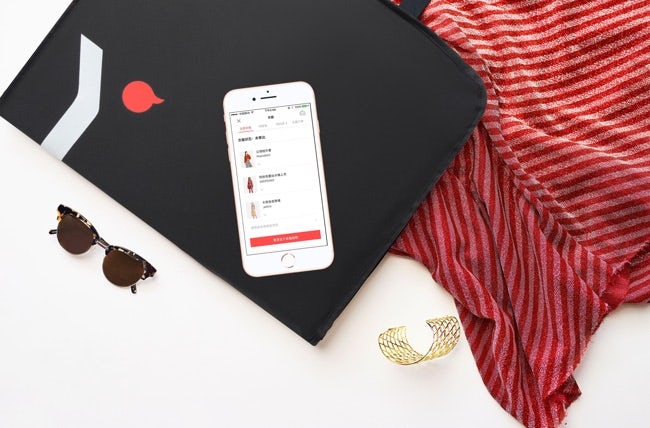 Granted, Jennifer Hyman founded Rent the Runway eight years before Y-closet hit the market. But rather than renting out dresses for special occasions, as Hyman did, Liu adapted the model for a gap in the Chinese market: renting everyday office-appropriate casualwear to white collar millennials.

Once Y-closet found its foothold in the Chinese market, strong execution and acute attention to detail set it apart from the rest. Users can choose to buy a piece they’re already renting — at present, Rent the Runway is rent-only, save for a ‘Keep it Forever’ clearance section for ‘lightly worn’ pieces.

“When rental is a precursor to a purchase, we can better understand what our audience needs,” says Liu. “Efficiency is everything in China, and we can add value by collecting data from the process,” she said.

Going global is not a realistic option, though. When Liu explains that she has no plans to break into other markets, it is hard to ignore the dominance of Rent the Runway in the US and a growing cohort of rental platforms elsewhere. But even so, managing the world’s biggest closet for the millennials of the world’s most populous country doesn’t mean she lacks ambition.

Bigger Than the Sum of Its Parts

If Y-closet is an example of entrepreneurial evolution, social e-commerce platform Xiaohongshu’s story is one of harmonisation. When the plucky firm completed a $300 million funding round led by Alibaba and Tencent last year, its valuation reached $3 billion. Not bad for a start-up founded just six years ago.

The Shanghai-based company is often described as a cross between Pinterest and Instagram. At first glance, its highly scrollable tiled interface and influencer-filled community (Kim Kardashian, Fan Bingbing and Karlie Kloss are said to be fans) may justify comparisons, but community and e-commerce are built into Xiaohongshu to an unprecedented extent.

This user-first mentality elevated Xiaohongshu beyond a mere aggregation of its predecessors’ functions into a highly engaged e-commerce ecosystem. Luxury brands have noticed, resulting in partnerships with the likes of Tiffany & Co., Guerlain and Tom Ford Beauty.

Yet, it wasn’t brand deals but user generated content – in the form of photos, videos, and product reviews posted by the platform’s 200 million registered users – that fuelled the success of Xiaohongshu’s cross-border e-commerce model. This division launched a year after the platform was founded, when Qu and chief executive Charlwin Mao began directly sourcing products in order to act as a first-party distributor. 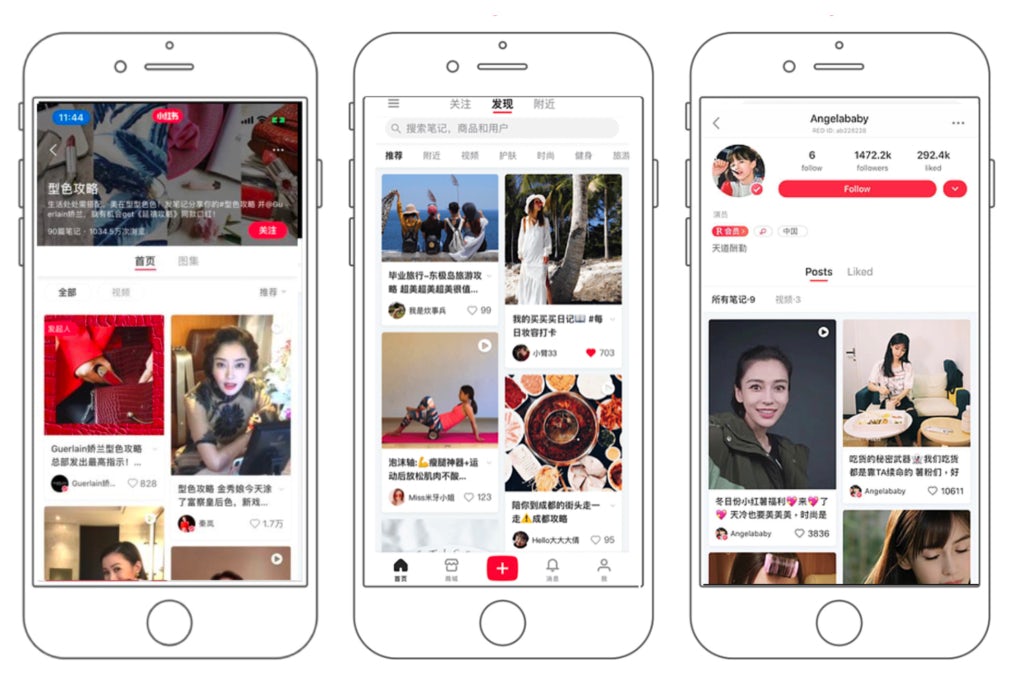 According to TheNextWeb, Xiaohongshu charges a fee plus a five percent commission from qualified brands greenlit to set up storefronts on the app, though 15-20 percent commissions have been cited by other sources. “We created the e-commerce infrastructure, and trading naturally followed when the community grew, because transactions are built into our business model.”

By comparison, Pinterest produces an enviable volume of targeted consumer data yet, its business model remains reliant on advertising for income, while ‘shoppable’ pins redirect users to retailers’ sites rather than facilitating purchase from within Pinterest. For its part, Instagram began rolling out its shopping function in September 2018, eight years after it was founded.

For anyone still in doubt of China’s entrepreneurial credentials, consider the 13 million new businesses that were registered there between 2014 and 2017 — an average of 15,600 new enterprises daily, Xinhua estimates. In the preceding period, between 2000 and 2013, revenues in the non-state sector had risen 18-fold, with profits increasing almost 23 times, according to Edward Tse, the author of China’s Disruptors.

There may be trouble on the horizon for China’s economy but its entrepreneurial climate now stimulates growth at a rate far outpacing companies in the West, claims Andrea Fenn, a Shanghai-based lecturer on innovation and strategy. “Start-ups here can achieve results and cut corners, change the model and delivery without being tied to idealistic views [of entrepreneurship],” he tells BoF. “There’s an aggressive pursuit of growth that affects how companies are built here.”

Yet there are some uncomfortable truths and deeply ingrained habits among an unscrupulous minority in China, whose actions could hinder the country’s otherwise bright entrepreneurial future.

Start-ups here can achieve results and cut corners, change the model and delivery without being tied to idealistic views of entrepreneurship.

China’s so-called “copycat culture” is alive and kicking. Despite recent progress around IP regulation and enforcement, few doubt the sheer scale of China’s counterfeit networks: the US Chamber of Commerce estimates that Greater China accounts for 86 percent of the world’s counterfeit trade.

Yet things are changing rapidly, and nowhere is this more evident than in the value and investment being placed in innovation. While China’s rote learning approach to schooling remains a major obstacle, the country is seeing rapid development in hundreds of ‘independent innovation demonstration zones’.

Indeed, the pressure is on for the best and brightest. Ultimately, China’s successful start-ups will have to navigate the country’s own crowded ecosystem while outpacing new and old foreign competitors. It has been done before: take WeChat, which was launched as a WhatsApp clone, but has since grown into a unique billion-user social media ecosystem within which users can shop, pay their bills and access government services.

“It’s true that [in the past] Chinese enterprises largely referenced models and ideas generated in Silicon Valley,” says Fenn. “But there’s also truth in that entrepreneurship in the modern sense is basically [always] referencing ideas that exist, and trying to innovate on the model, on delivery, on the market [or on the] target audience.”

Much has changed since China’s first Firewall-spurred tech boom. “Now, it’s hard to see a business concept here and trace it [directly] back to a western original,” Fenn tells BoF. Instead, Chinese concepts are beginning to pop up on America’s West Coast — in Menlo Park, where Facebook is headquartered, to be exact.

In January, Facebook founder and chief executive Mark Zuckerberg announced his plans to integrate the company’s Instagram, WhatsApp and Facebook Messenger “family of apps.” The infrastructure change, slated for completion by 2020 latest, is Facebook’s first step towards creating a super app — a concept that might feel familiar for WeChat users. Facebook has also tested a live-stream shopping function that some believe looks suspiciously similar Mogu, the Chinese live-stream e-commerce company that went public in December 2018.

We see more and more people from the West coming to China to explore and get inspiration, and they bring it back.

China’s entrepreneurial credentials received another boost when Fast Company recently named Meituan Dianping — a group buying platform and all-purpose booking app for hotels, restaurants and movie tickets — “The World’s Most Innovative Company” in its annual rankings, ahead of previous frontrunners Apple and Netflix.

According to Marian Danko, founder of start-up community China Classifieds, this trend will likely continue. “We see more and more people from the West coming to China to explore and get inspiration, and they bring it back,” he says. 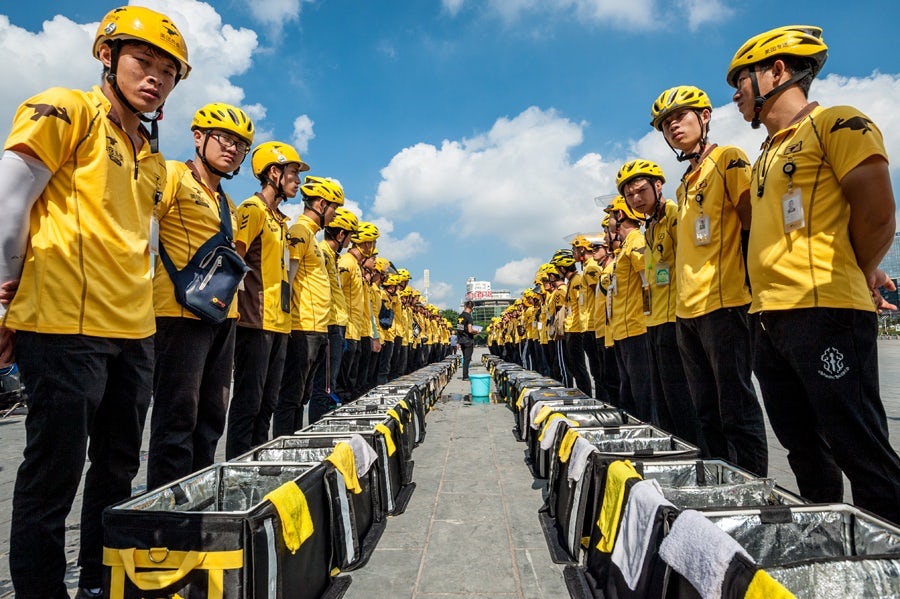 But as global start-up hubs from Silicon Valley to Shenzhen continue to churn out exciting new start-ups, the whole notion of a company’s nationality is becoming increasingly fluid. “Consumers don’t think about where a company is from,” says Y-closet’s Liu.

Raymond Huang agrees. “I think we’re moving past the copy to and copy from trend [altogether],” says the senior vice president of strategy at Mogu, which has partnered with Chinese fast fashion giants Peacebird and HLA.

“We wanted to make fashion more accessible, and saw live-streaming as a way to do that,” Huang explains. “Live-streaming wasn’t the latest technology, but we see its value in providing our users with new experiences.”

Indeed, in a world where being groundbreaking is sometimes overrated, incremental advances are often underrated. At the end of the day, consumers and consumers alone dictate a company’s success.

“Does the product work? Does it understand you?” Liu posits. “Ultimately, that’s all that matters.”