SHANGHAI, China — Coach is no newbie when it comes to tapping China’s consumer market. The American accessible luxury brand has been in Greater China for 15 years. It bought back its local business from a distributor a decade ago and has since grown a network of 190 stores around the country. But even with a head start, Coach has seen competitors surpass it.

Since Coach bought back its Chinese retail business in 2008, annual sales in the country have climbed from $50 million to over $600 million, according to Victor Luis, chief executive of Coach parent company Tapestry Inc., speaking on the company’s most recent earnings call in August. Not bad, but less than 15 percent of the brand's $4.2 billion in total sales at a time when some luxury competitors are doing up to 50 percent of their sales with Chinese nationals.

Coach chief executive Joshua Schulman said that China has always been an important part of the label’s global strategy, but its upcoming pre-fall runway extravaganza, which touches down in Shanghai on December 8, is the culmination of a year of renewed focus on the market.

“As Stuart and I were talking about our strategic priorities for this year, and this is going back almost a full year, we really said we wanted to focus on Greater China,” Schulman said, referring to Coach creative director Stuart Vevers, who was hired in 2013 to modernise the brand and turn it into a credible lifestyle proposition with a stronger presence in categories beyond handbags.

To be sure, the idea of staging a major catwalk show in Shanghai was also linked to Vevers’ passion for the city’s local creative life. “I love the contemporary art scene in Shanghai and it inspired me to connect with creatives based in China to create special pieces that connect authentically to the inspiring city where we are showing our collection,” he said.

Accessible luxury is definitely a sector that will continue to grow. Quality is very important for Chinese consumers, but they are also interested in a lot more things these days.

But the market opportunity was central to the decision. “When you think of the rising middle class and the demographic changes, as the Chinese economy moves from a light manufacturing focus to a service-based economy and you think about Coach’s target consumer, that means boundless opportunity for us,” Schulman explained, underscoring what he sees as the advantages of the label’s accessible luxury positioning in the Chinese market.

Indeed, accessible luxury has been called out as one of the brightest opportunities for China’s fashion market for several years now, prompting more aggressive engagement from brands such as Michael Kors and Tory Burch, and acquisitions by Chinese player Shandong Ruyi, which has not only taken ownership of the SMCP group (which includes labels Sandro and Maje) but is also reportedly in the market for investments in more global brands with a similar positioning.

“Accessible luxury is definitely a sector that will continue to grow. Quality is very important for Chinese consumers, but they are also interested in a lot more things these days, so this price point enables them to adjust their budgets to account for their diversifying interests outside of fashion,” added Sandy Chu, Shanghai-based retail and buying editor at WGSN.

China also offers specific opportunity for Coach when it comes to growing product categories beyond handbags, such as ready-to-wear, men’s and shoes. In North America and Japan, consumer perception of the brand is tightly tethered to its aspirational but historically safe range of handbags. In China, this perception is less fixed, giving the brand more space to play. 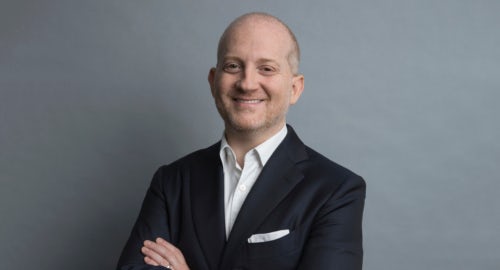 What’s more, Vevers’ fashion message, centred on youthful enthusiasm and optimism, is a good fit with the Chinese perception of America as a freer society than Europe and resonates with younger consumers, who drive China's accessible luxury market. And Schulman sees particular opportunity in men’s, which is on track to become a billion-dollar business globally and could ramp up fast in China driven by self-purchasing male consumers.

Shulman said there was “additional runway” for Coach’s retail network in China. “We are particularly enthusiastic about our physical presence in China and … one of the interesting things about Coach is that we can reach into some of the pioneer luxury markets as well,” he said, referring to a match between the label’s accessible pricing and the tertiary cities that account for a growing percentage of China’s retail growth.

As for Chinese e-commerce, Coach remains on the backfoot, with the vast majority of its online sales in the country confined to its own website at a time when China’s tech giants are asserting their control over the local e-commerce market. Coach was one of the first brands to sign onto Alibaba's Tmall platform but withdrew in 2016 to focus on channels it could better control. And as other brands ramp up their partnerships with China’s major e-commerce platforms, Coach’s lack of permanent presence on either JD.com or any of Alibaba’s platforms is a liability. Coach has also been slow to fully utilise the commerce functionalities of WeChat.

“Competitors like Michael Kors have been very aggressive in building out their digital retail strategy,” said Benjamin Cavendar, principal at China Market Research Group. “Michael Kors now offers all of its products for sale via a WeChat mini program.”

At this weekend’s star-studded show in Shanghai, with attendees including Chloë Grace Moretz and Coach China ambassadors Guan Xiaotong (who "broke the internet" in China when it was revealed she was dating post-90s heart throb Lu Han) and actor Timmy Chu, the opportunities to amplify Coach’s energetic and youthful fashion message will be manifold. And the brand appears set to double down on the opportunity. It’s either that or risk being left behind.