SHANGHAI, China – Over 200 of China’s top executives, innovators and industry leaders came together on Wednesday to mark the inaugural edition of the BoF China Summit, supported by principal partner MyMM. The invitation-only event was held in Shanghai’s stunning new cultural landmark, the Fosun Foundation, and kicked off Shanghai Fashion Week. The timing also coincided with the third anniversary of the launch of BoF’s Chinese-language edition.

“The mission of BoF is to open, inform and connect the global fashion community. China is of critical importance to this community. Everyone wants to understand this market better,” said BoF founder and chief executive, Imran Amed, in his opening remarks. 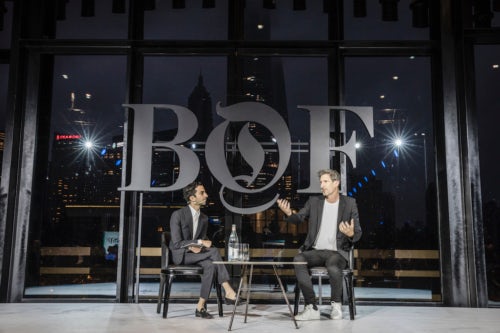 The first two panels brought together the titans and innovators who are reinventing China’s digital space. Xia Ding of JD.com delved deeper into the company’s newly formed partnership with Farfetch, while discussing the recent launch of a dedicated luxury e-commerce platform called Toplife.com, which will challenge major online players such as Alibaba.com and Amazon.com.

“There are three major concerns for brands going online — adjacency to other brands, authenticity and how a brand is going to be protected, and most importantly, how to deliver an emotional buying experience online. Toplife.com is independent and invite-only, and allows us to draw a clear line,” said Ding.

Through Toplife, brand partners such as Emporio Armani and La Perla control and customise all aspects of their store on the platform, but also have access to JD.com’s sophisticated local logistics network and can leverage the retailer’s premium white-glove delivery service, currently available in major cities such as Beijing, Shanghai, Guangzhou, Shenzhen and Chengdu.

Andrew Robb from Farfetch emphasised the importance of forging closer relationships with brands as they charter China’s rapidly growing e-commerce sector. “The big difference between luxury and mass is that we need to keep luxury brands as customers, not suppliers. You have to understand their needs. It’s about making sure we deliver the right level of service they are comfortable with,” he said.

Next up was a new generation of digital disrupters who provided rare insight into the minds of China’s fastest growing consumer categories — the millennials and generation Z — who unlike their predecessors, often value content over shopping. As such, China has welcomed several new community-driven multi-channel platforms online.

“We’re taking a different path from the others [as we] are driven by social content. We see that Chinese consumers now have different demands from the past,” Thomson Cheng from MyMM told moderator Richard Chen of Yifei Investment Holding Limited. “We believe everyone has the potential to be fashion, style and trend leaders, so all MyMM users can therefore also be our KOLs (key opinion leaders).” 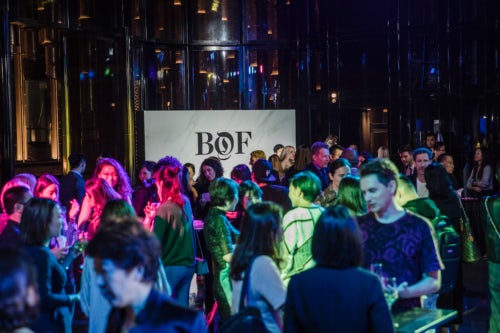 “The young generation are growing up and want to be fashionable and cool. They want platforms that help them achieve this so you need to expose them to fashion, then provide e-commerce. It’s not just about selling products, it’s about helping a young generation find their own style,” added Liang Chao of Yoho!.

Tapping into this youth culture has proven to be very profitable for Chinese fashion giant Peacebird, which now boasts 4,200 stores across China and 6.3 billion RMB ($956 million) in annual revenue. Chief brand officer Zoey Zou revealed that the brand’s transformation into an increasingly sophisticated label was achieved by a young team of over 30,000 employees including 3,000 designers, many of whom are the same age as their target customers.

“To be successful in the fashion industry [here], you need to keep a young mindset. Mentality is very critical. The average age of our employees is 28 years old because our customers are very young. It’s the only way to communicate with them,” said Zoey Zou to moderator Zhao Jia of CBN Weekly.

But according to fashion designer Xander Zhou, not all brands should follow the same strategy. “Some brands are in a rush to court the younger generation and are forgetting their brand identity and who they are,” he said.

Later in the day, China’s dynamic creative class was represented on stage by Xander Zhou and Lucia Liu.  They were joined by Paul Fang, founder of lifestyle management company Suntchi. The panel had plenty of advice for Chinese brands looking to upgrade their image both at home and abroad.

“If you look at Chinese brands, they use business logic to develop their marketing plan and identify opportunities. Brands in the West start from what they want and have a will to create something new. You have to find matching points from both sides,” said Fang.

T Magazine China's Liu added that as a stylist, “you can’t impose your creative vision onto the brand — you need to know them and serve the brand while enhancing its own identity.”

Phillip Lim echoed the importance of intense creativity when it comes to building a loyal consumer base in the market. 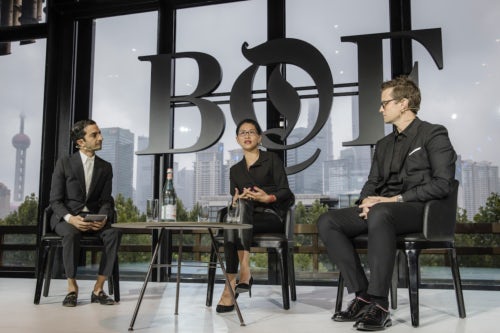 “We’ve been successful [in China] because we create clothes that Chinese want to wear. For so long the look was very Western, loud, extremely gaudy. Now the appetite is not just for clothes, but for design. That’s what has changed,” he said.

China’s KOLs and celebrity brokers then took to the stage, filling the room with a frank conversation between BoF China’s Queennie Yang and power bloggers Gogoboi and Mr. Bags, alongside Sun Zhe of Grazia China.

“It’s a big wave for bloggers. They may not be experts in the field, but that doesn’t matter anymore. This isn’t necessarily a good thing as brands are just blindly diving into partnerships with them, many of which don’t make sense,” said Gogoboi.

Fellow blogger Mr. Bags said that being transparent is the secret to forming a successful partnership with a brand.

“We need to be upfront from the very beginning. If these parameters are clearly set then it’s a better way to build a long-term relationship.”

The final sessions of the day were more intimate and explored issues that lie ahead for the industry. Former Ralph Lauren Corporation chief executive Stefan Larsson made his first public appearance since leaving the brand and revealed that he had spent the past six months gathering market intel from the leaders of tech, fashion and retail.

“The old model where there were a few big execs telling people what to do doesn’t work anymore. We need to co-create and speak to other entrepreneurs — it requires a different way of working,” he said.

The event closed with a discussion about one of fashion’s most critical issues — sustainability — an area where China has struggled but is now beginning to lead the way.

Kering’s Michael Beutler also announced the upcoming launch of an EP&L WeChat app. Developed exclusively by Kering, the EP&L tool will quantify the environmental impacts of the business across its entire supply chain. An English app was launched for designers and businesses in 2016, but the Chinese version is a big milestone. 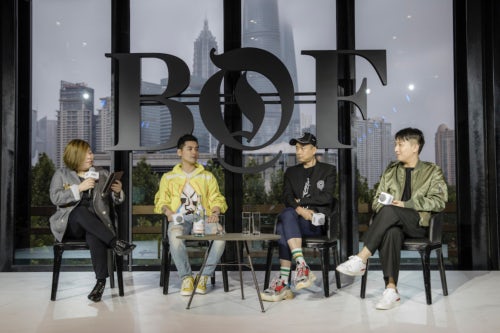 “It really helps you understand the impact of how things work. It’s still in early stages but it’s great to implement in China because it is really leading many innovations in this field. More importantly we’re putting this change in the hands of designers directly. It will be interesting to see how they will use this information to make decisions that make them feel good about what they are doing,” he said.

Beutler also quieted sceptics by suggesting simple practices that businesses can follow to make an impact on sustainability in the future.

“Executing things well is a key part of sustainability. It sounds old school, but how can you get the most out of a simple piece of fabric with the least waste? If you don’t want to regulate things, look into how you can be more efficient. Question how things are done — for example, what type of dye you are using? Is it compromising the quality? There’s a whole aspect of sustainability which is just basic business sense.”

BoF would like to thank its partners in the BoF China Summit for their support:

MyMM, the Principal Partner of the BoF China Summit;

Fosun Foundation, the Venue Partner of the BoF China Summit

WHITE, the Associate Partner of the BoF China Summit 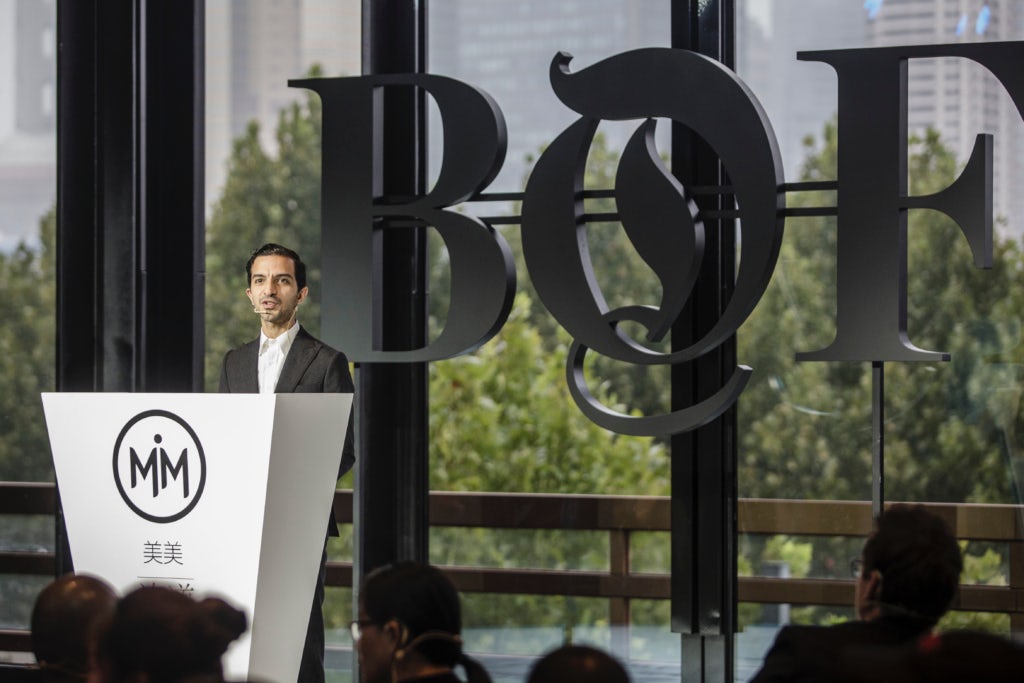 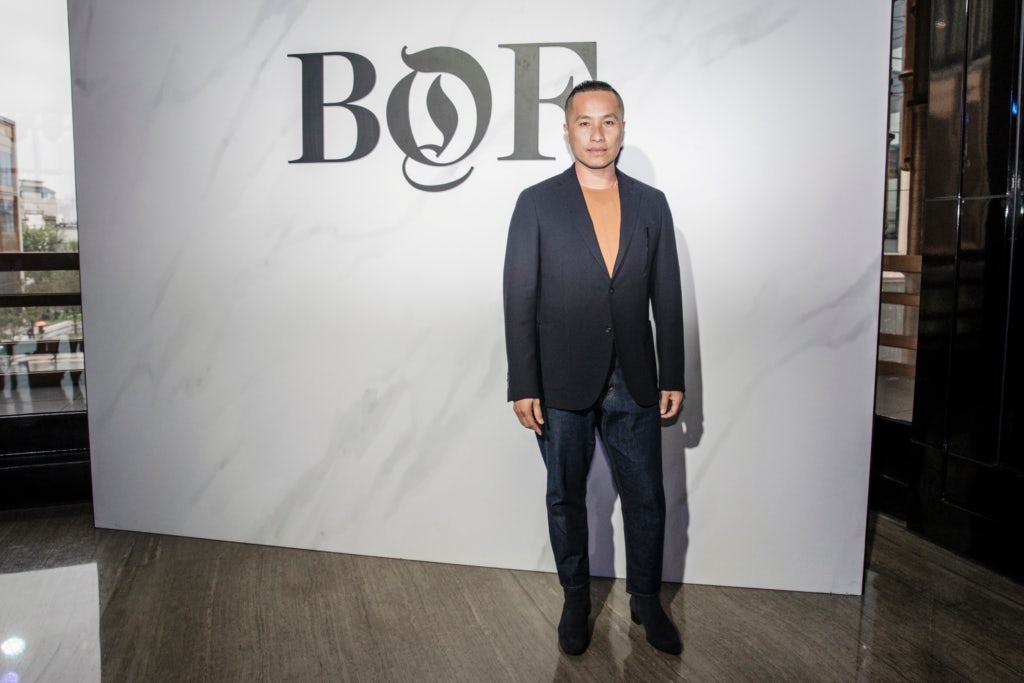 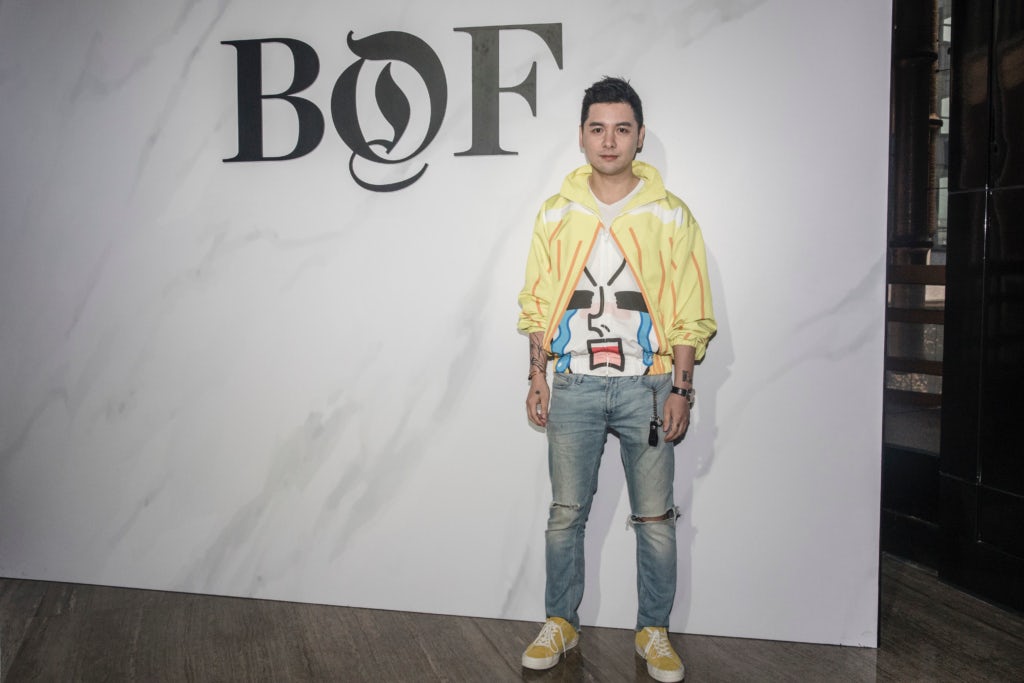 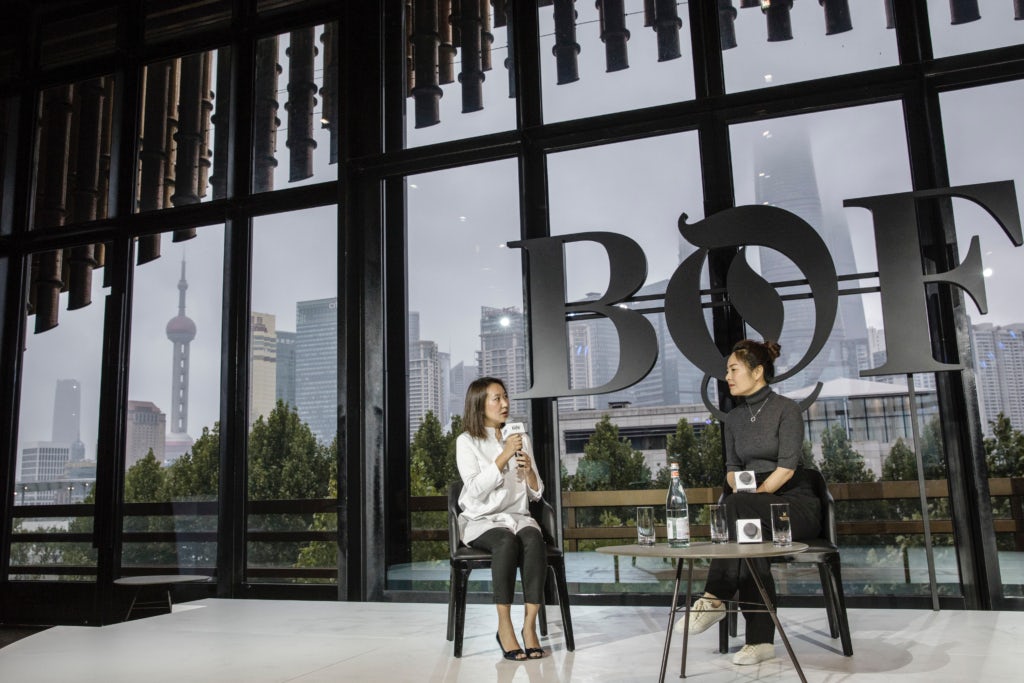 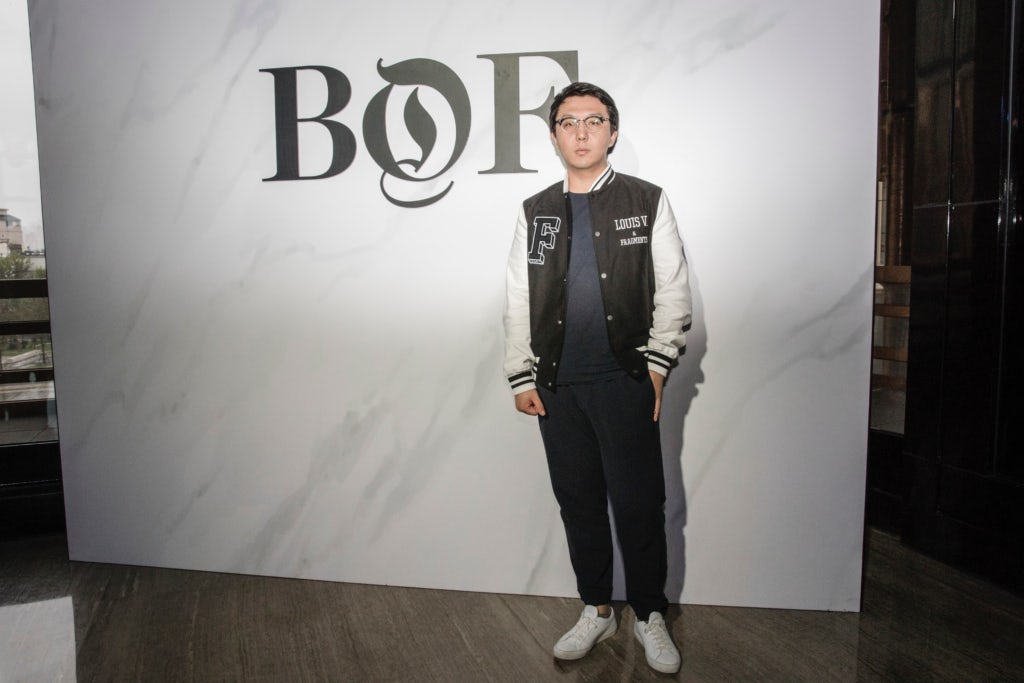 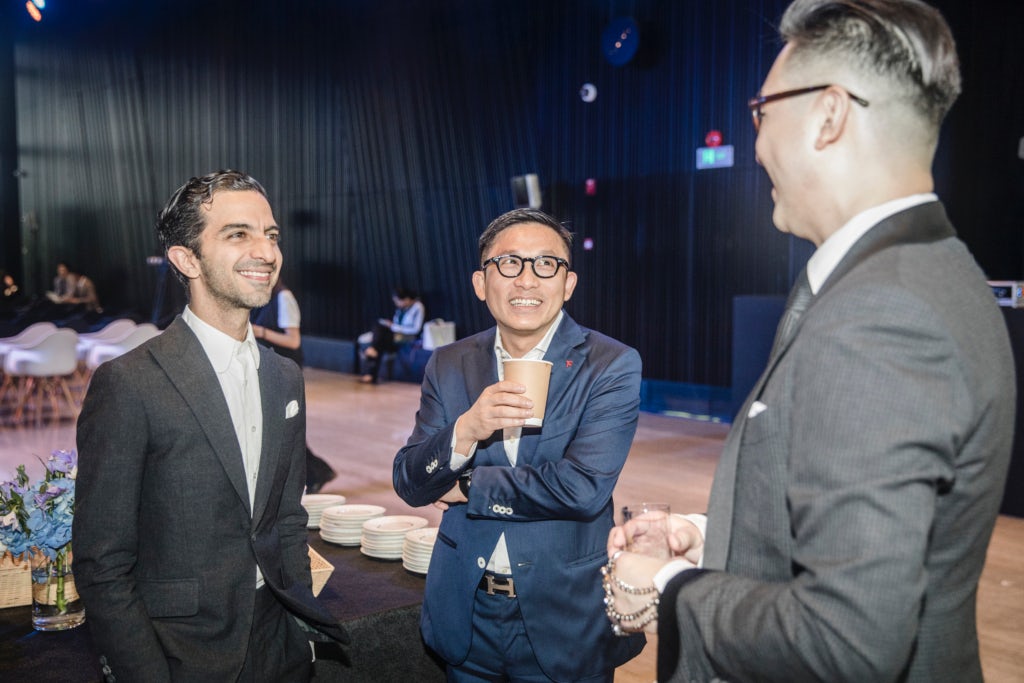