Givenchy has shared the first images of its debut childrenswear collection exclusively with BoF.

The collection, which will launch in July for the Autumn/Winter 2017 season, features "mini me" versions of some of the label's most popular pieces. Key looks from the 130-piece collection include streetwear-inspired denim and bombers, as well as a selection of couture looks for special occasions.

"It's an organic extension," Givenchy CEO Philippe Fortunato tells BoF, adding that the brand has been getting requests for childrenswear from its celebrity clientele for years. "It's not about putting the logo on a commercial product, it's really an extrapolation of a certain look, turning it into a very candid and romantic way of dressing the next generation of customers."

The Givenchy in-house studio, led by new artistic director Clare Waight Keller, will design the bi-annual collections, while Paris-based licensee CWF Group will produce and distribute the merchandise to around 150 stores worldwide.

By extending into childrenswear, Givenchy aims to attract a new demographic, whilst expanding the brand's offering to its existing customer. "You definitely have some existing customers wanting to have their kids wearing a similar outfit and then you'll also have some people coming for the first time, like for gifting. The two are well interlinked," says Fortunato. — Christopher Morency

Flowerbx has closed an oversubscribed £1.5 million seed-plus funding round and named Mark Sebba as non-executive chairman.

Sebba, who was CEO of Net-a-Porter until 2014, is among a stellar list of strategic investors in the London-based wholesale flower delivery site, including Dame Natalie Massenet, Carmen Busquets, Eiesha Bharti Pasricha and Tania Fares, Rose Uniacke and Pat Finn of US venture capital firm Finn Capital Partners.

“It is one of London’s most promising start-ups in both its product offering, its lean business model and its dedicated and talented team," said Sebba in a statement. "The company has clearly demonstrated its potential for growth and scalability.” 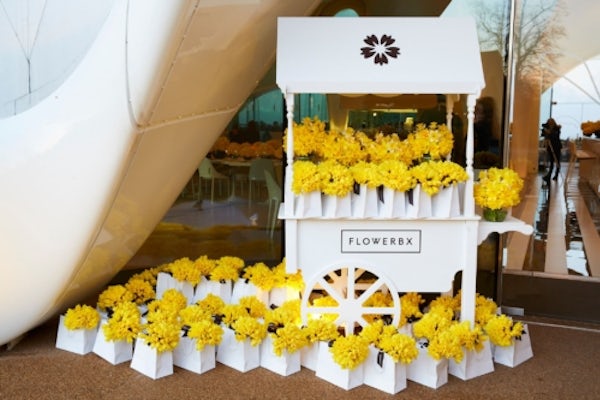 "The Flowerbx team reminds me of the Net-a-Porter team in the early days," added Busquets, who was an early investor in the online luxury fashion giant. "One quote we all believe in is 'think big, but start small.' The Flowerbx team understands the importance of building a strong brand."

The new capital will be used for expansion into new markets, investment in tech to improve the customer experience and to scale customer acquisition strategies.

Flowerbx was co-founded in 2015 by Whitney Bromberg Hawkings and Adam Wilkie, and delivers flowers direct from auctions in Holland to the consumer, cutting out the traditional supply-chain's middlemen. Busquets believes that the inventory-free model has the potential to become "the Uber of flower delivery."

Certainly, the $50 billion global flower market is ripe for disruption, and Flowerbx's growth has been robust; revenues doubled in the first quarter of 2017 compared with the same period last year, and sales are set to reach £1 million in the next 12 months. — Tamara Abraham

Over 20 brands, including Coach, Courrèges, Maison Michel, Proenza Schouler, Sonia Rykiel and Thom Browne, have created exclusive product for the collaboration, all inspired by The Webster’s flamingo logo.

The collection will launch on April 26, and comprises womenswear, menswear and childrenswear, as well as lifestyle accessories. It will go on sale in pop-up shops at Lane Crawford stores in Hong Kong and mainland China, as well as at The Webster's four US stores and online. 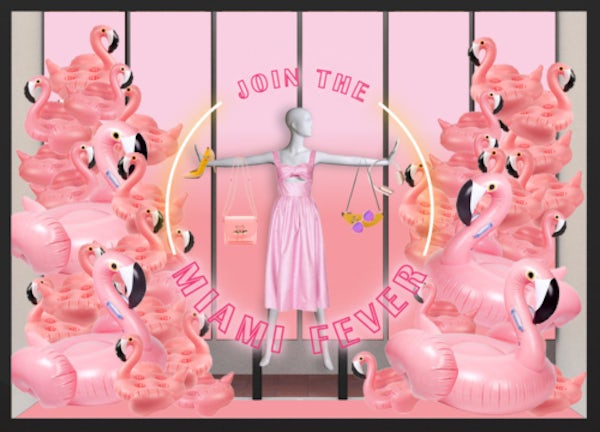 A rendering of the store windows for The Webster x Lane Crawford | Source: Courtesy

“It was so exciting to have the kidswear. We’ve never done kids in a big scale like this and I think the flamingos work really well for children,” The Webster’s chief executive and founder Laure Heriard Dubreuil tells BoF. “I feel that the Webster is really a lifestyle … and I wanted to embrace everything with the lifestyle.”

Heriard Dubreuil, who lived and studied in China herself, called the project "a fun collection and a fun partnership," and believes the collection will resonate with Chinese and American consumers alike.

“I think for sure it’s going to be our clients that are going to relate first and foremost, but I definitely ... think that [this collaboration] is going to help us grow,” Heriard Dubreuil says. “You would think there’s two completely different markets, but we have a lot to share and it feels so close to home and dear to my heart.” — Tamison O'Connor