SHANGHAI, China — Exactly five years ago, we were putting the final touches on our first ever Chinese-language content to kick off a new venture. A small but dedicated team launched BoF China — or BoF 时装商业评论, as we’re known locally — and although it was a modest start for a market the size of China, it was a big undertaking for us at the time.

Essentially, we were building a start-up within a start-up and doing so from the ground up by creating a customised strategy for a standalone Chinese business, while navigating the complexities of the country’s operating environment. As always, we aimed to learn by doing and it has proved to be one of the most challenging yet rewarding experiences we’ve had at BoF — editorially, commercially and operationally speaking.

Today, BoF China has emerged as an indispensable source of news and analysis for our Chinese-speaking community, which includes C-suite executives, managers, entrepreneurs, creatives and other fashion business leaders across China, through WeChat, Weibo, newsletter and website channels. Each time I visit China and meet with our community, I learn how much you value what our team has been building these past five years and I am so impressed with the quality of the insight and analysis they deliver each day. Recently, we’ve launched exciting offline initiatives too and are proud to call Shanghai Fashion Week our partner for several of these.

Since 2017, the BoF China Summit has become the definitive annual gathering focused on China, bringing together some of the global industry's most exciting speakers to our Shanghai stage, including executives from China’s tech sector giants, including Tencent, Alibaba and JD.com alongside pioneering founders from Chinese start-ups like Yoho, Xiaohongshu, Labelhood, Ycloset, Sankuanz and global executives from LVMH, Kering, Zegna and Gucci.

Meanwhile, the inaugural edition of the BoF China Prize, a $100,000 fashion award we created to discover and support emerging Chinese designers, has begun to make waves in the industry. And, our talented Mandarin-speaking team at BoF’s Shanghai office keeps growing as we spot new opportunities and fine tune our operations to seize them.

But we’re not about to rest on our laurels — especially in a market like China. As the world’s largest luxury market and a source of boundless creativity and entrepreneurship, China’s importance in the global fashion industry will only grow — even as it experiences challenging trade disputes and an economic slowdown. The country’s unparalleled scale, influence and dynamism means that the needs of our Chinese community continue to evolve nearly as fast as the market itself.

So, we’re embarking on an exciting new growth phase for BoF China, redoubling our efforts in the market, sharpening our focus and expanding our leadership team. 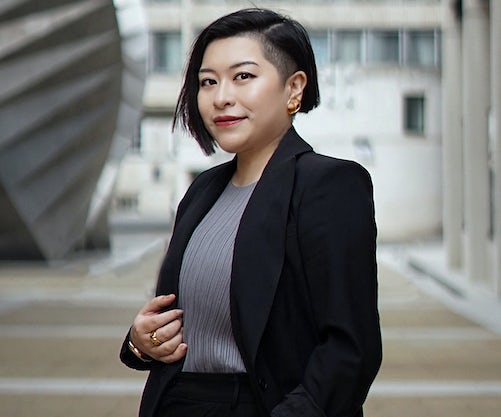 Central to this is the return of Queennie Yang, who served as BoF China Managing Editor between 2015 and 2017. After spending nearly two years at Condé Nast International where she served as Editor of Asia for Vogue International, Queennie is returning to us as BoF China Editorial Director, leading our Chinese language content, starting today. Queennie will report to Robb Young, our London-based Global Markets Editor.

We are delighted to have Queennie return to the BoF team. As a digital innovator with an excellent track record in management, she will bring bold, ambitious new ideas and execute them swiftly. Her role is a new one and signals the coming of an expanded editorial and commercial strategy for BoF China. Queennie will lead BoF China’s Shanghai-based editorial team from her base at BoF’s London headquarters, but travel regularly back to China. She will also oversee the development of other BoF China activities including marketing, growth and social media management and co-lead BoF China’s flagship initiatives including the BoF China Summit, BoF China Prize and the launch of new verticals and platforms.

Our expanded team in China will also collaborate and contribute to the expansion of our English-language coverage of the Chinese market, including our weekly BoF Professional members-only briefing China Decoded, which leverages our rare access and local business knowledge, demystifying the Chinese market through sharp analysis and important socio-cultural context. 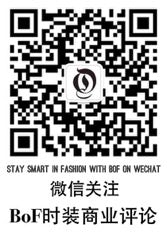 There is simply no denying that BoF’s global community — no matter where you live or which language you speak — needs cutting-edge insight about the single most important market in the world. Our growing BoF China team will continue to meet this challenge head-on, delivering the high quality insight and analysis you need every day.

If you found the first five years of BoF China to be an exciting adventure, then I hope the next five will feel more like a rewarding expedition. To subscribe to China Decoded in English, join us by becoming a Professional member, or subscribe to our Daily Bulletin in Chinese and follow us on WeChat (QR code to the left), Weibo and Tencent Video.