LONDON, United Kingdom —  The Savigny Luxury Index (“SLI”) fell 4.2 percent in June, relative to an uplift of 4.0 percent in the benchmark MSCI World Index (“MSCI”).  Worrying news out of China, the continued drama of the European debt crisis and downward revisions in growth estimates for 2012 caused the sector to go out of favour. 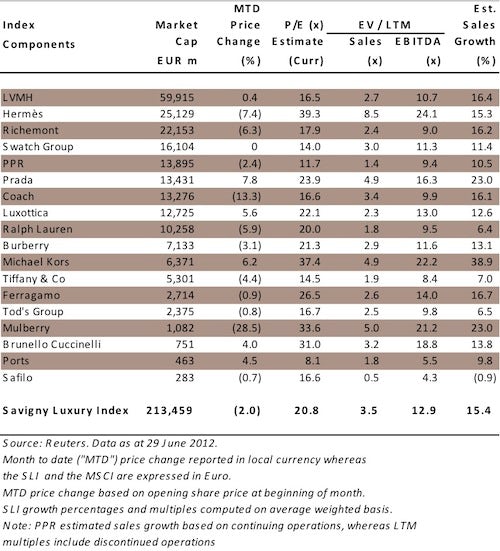