LONDON, United Kingdom — Ours is a customisable world. From Spotify playlists to sandwiches, we routinely custom-build things according to our individual tastes and requirements. Indeed, in industries as diverse as window manufacturing and personal computers, it is now the norm for companies to tailor individual products to the needs of individual customers.

In footwear, Nike and Converse have built popular ‘mass customisation’ services, which allow customers to participate in the design of their products, which are then built to order in large-scale factories, blending the benefits of traditional craft production with the efficiencies of modern industrial processes. Launched back in 1999, NikeiD, a digital customisation platform that lets customers configure their sneakers with a wide choice of colours and materials, now generates “significant revenue and a large portion of our total e-commerce business,” according to Ken Dice, Nike’s global vice president of NikeiD. Converse, which is owned by Nike, debuted its own mass customisation platform in 2005. “Today, about 10 to 12 percent of our total business at our New York store goes through customisation,” said Brandon Avery, global creative director of Converse, which offers customisation services at seven US stores, as well as online. 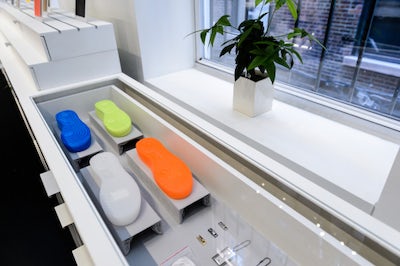 With mass customisation, customers get products exactly configured to their needs and tastes. They also pay for products before they are put into production, eliminating the risk of excess inventory and resulting discounts — a major advantage for businesses operating in trend-driven sectors like fashion, where consumer demand is hard to predict.

Yet mass customisation has yet to really take off in fashion, especially at the higher end of the market. Tinker Tailor, a mass customisation platform for designer fashion, launched by Moda Operandi founder Aslaug Magnusdottir, folded in July after less than a year in business. And, just last month, Burberry Bespoke, a Nike iD-like service for luxury trenchcoats (priced from about $1,800 to $8,800), was quietly closed in the days before the British luxury brand launched Burberry Scarf Bar, a simpler service that lets customers monogram their initials on scarves (priced from about $475 to $995) made from colours, fabric weights and patterns of their choosing, reflecting a recalibration of the company’s approach to customisation. “We have been offering the opportunity to personalise our scarves, ponchos and My Burberry fragrance for some time and it has always been something that resonates with customers. Recognising how important personalisation has become particularly [with scarves], we have also expanded our monogramming offer both on and offline,” said Christopher Bailey, chief creative and chief executive officer of Burberry on the launch of the Scarf Bar.

While the opportunities are clear, mass customisation can be hard to operationalise. Timely production can be a challenge. Tinker Tailor let customers tweak runway pieces by designers like Marchesa and Giambattista Valli. Orders were placed directly after the shows, but garments took three to four months to reach consumers. The company also offered own-label garments, which could be custom built from scratch. These took four to six weeks to deliver, though the company aimed to reduce this to three days. “To set up the production capabilities that would allow you to do that is absolutely possible, but we never had the full financing we needed,” said Magnusdottir. “Building that manufacturing capability is certainly not a small task.”

According to Elizabeth Spaulding, head of Bain & Company’s Digital Transformation Group, optimum lead times vary by product: “Footwear customers are willing to wait three to four weeks for a product to be delivered, but interest in customised men’s shirts declined after a two-week wait time.”

“You’ve got to create factories that are close to the customer,” advised author and business strategist Joseph Pine, whose 1993 book, Mass Customisation, hailed the method as “the new frontier in business competition.” But shifting production centers isn’t the only solution. Apliiq, an e-tailer that lets consumers customise clothing basics with pockets, fabric panels and linings, and Bow & Drape, which does the same with appliqué graphics and letters, both operate a hybrid model, importing pre-made t-shirts and sweaters, which they customise in facilities close to their customer base in the US. “We built a made-to-order line from the ground up,” said Ethan Lipsitz, founder of Apliiq. “You have to engineer your own process,” agreed Aubrie Pagano, chief executive of Bow & Drape. 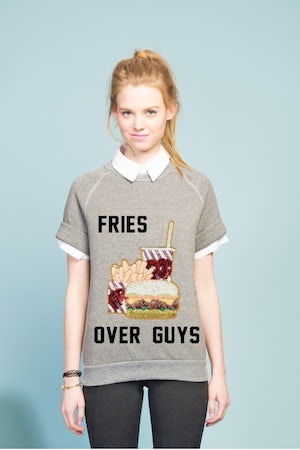 Making products one by one also means sacrificing economies of scale. Then, there’s the challenge of creating a customisation interface for consumers that is enjoyable and easy to use. Businesses can also run into trouble when they overwhelm customers with too many dimensions of choice, what American psychologist Barry Schwartz famously called the paradox of choice. “Customers don’t want choice,” said Pine. “They just want exactly what they want.”

What’s more, when consumers buy fashion products — in particular, luxury items — they are buying into the specific vision of the brand or designer and don’t necessarily want — or feel confident enough — to tamper with this. For fashion businesses, giving consumers too much say in the design process can also result in brand dilution.

“I don’t think that complete free-for-all, white canvas customisation works. What works is certain parameters that a designer has left for the consumer. It’s potentially 10 or 20 percent designed by the customer, enough that it feels individual, without tampering with the creative direction of the brand,” said José Neves, founder and CEO of Farfetch and an investor in Knyttan, a custom knitwear start-up.

“We see products as a series of parameters: some we control — the curation and the platform; some the designer controls — the expression; and some we always leave open to the customer — the choice,” said Ben Alun-Jones, co-founder and creative director of Knyttan, which takes a curated approach to customisation, guiding users through an editing process whereby they can easily create garments within set style parameters, lowering barriers for consumers who fear making mistakes or are wary of too much work, and ensuring the aesthetic quality of the output.

“Sometime, there’s a mindset of ‘We’re the fashion house and we know best about design.’ But there’s no reason they can’t take their deep knowledge about design and what looks well and fits well, and use it to create, not just individual garments, but an architecture of fashion,” added Pine.

But a new generation of consumers — used to the personalised nature of digital products like Facebook — may start to expect the same degree of customisation from their physical products. “We’re very much used to ‘smart’ digital products and I think this is reshaping our expectations as consumers,” said Robert Cordero, founder of Bamin, a New York-based start-up offering Lego-like fashion bags made of interchangeable parts that customers can “remix” by zipping them together to create unique combinations.

“I think the biggest problem in luxury fashion in particular right now is: how do you surprise customers? How do you make the product more individual?” said Neves. “You have the same fashion stores in Beijing, New York, Miami, London. Mass production is no longer as exciting as it used to be. So I think mass customisation solves the problem of retaining the individual, the feeling that something was personal, which is essential for luxury labels.”

Disclosure: Robert Cordero, founder of Bamin, is a contributor to The Business of Fashion.