From border re-openings to the repatriation of spending, several factors will shape how and where Chinese customers buy luxury goods in the coming years.

From border re-openings to the repatriation of spending, several factors will shape how and where Chinese customers buy luxury goods in the coming years.

Until the pandemic, tourism from China to the EU, which tripled between 2010 and 2018 according to Eurostat, was a key source of sales for European luxury houses like Chanel. Getty Images.
Luxury
Share
Comment
BoF Professional Exclusive
By Zoe Suen April 30, 2021 04:30

That the pandemic has changed the way Chinese buy luxury is indisputable.

Shoppers in the world’s largest market for high-end goods went from making around 60 percent of their luxury purchases abroad to making nearly 100 percent of them at home, with online channels receiving a major boost.

What isn’t as apparent is how those new habits will change once international flights are up and running again. The sheer number of variables — from the viability of vaccine passports to new waves and virus mutations — point to an extremely gradual process where borders will be the last restrictions to ease as the world reopens.

One thing that experts agree on is that after flights resume and brands welcome a rebound in China-driven luxury sales in cities like London and Paris, a sizeable proportion of spending will be repatriated. “Following that rebalancing, you’ll still have more growth in the mainland than abroad,” said Erwan Rambourg, co-head of consumer and retail research at HSBC. “The end game was always for mainland Chinese to eventually spend the bulk at home.”

To find out what else brands can expect, BoF spoke to six experts on what a travel spending rebound could look like, as well as what brands should prioritise after borders reopen.

How has Chinese spending changed over the pandemic?

“[The pandemic has] pushed a lot of consumers to become ‘locavores’ and to understand that what they were seeking abroad, they actually have at home and in some instances in a better manner,” said Rambourg. And for things that Chinese shoppers can’t yet just as easily find at home or that would have pushed them to buy abroad a decade ago — from better prices and customer service to guaranteed authenticity — they simply learned to live without or find a work-around.

But so far the main beneficiary of increased local consumption appears to be online channels. AliPay, the payments arm under tech and retail giant Alibaba, has seen a “large rise” in haitao (cross border) shoppers through digital platforms, said Roland Palmer, director at Alipay North-West Europe. 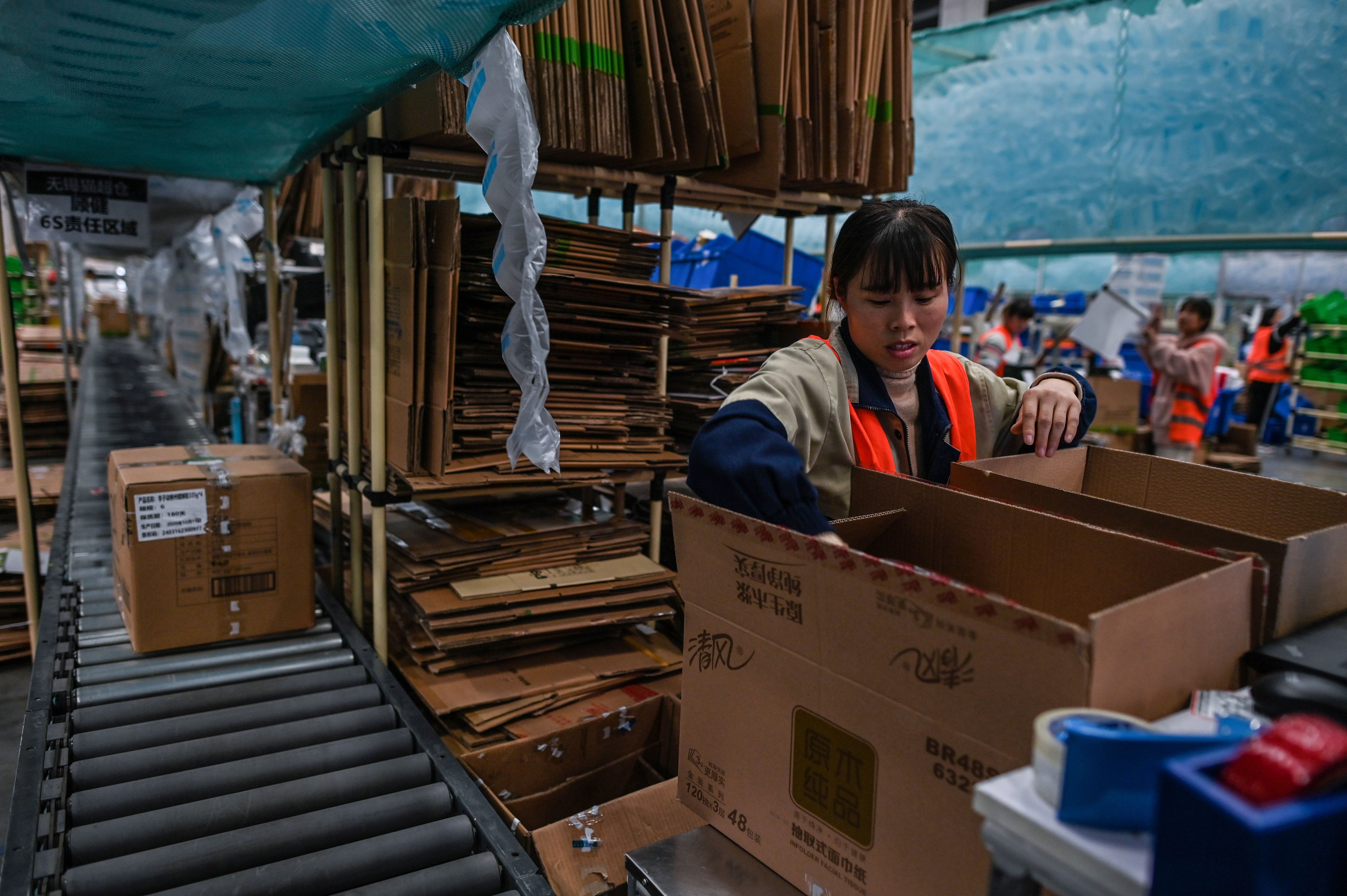 Meanwhile, China’s retailers of every kind have risen to the occasion. Just last week, Alibaba’s logistics arm Cainiao announced plans to launch direct freight flights between Singapore and Hainan Island to shuttle duty free beauty products, handbags and watches to the mainland, with its sights set on countries like Japan and South Korea for future routes.

Retailers in Hainan, a mecca for shoppers hungry for a duty free bargain, are perhaps the best example of how brands and retailers are bringing offerings to their most important customers’ front doors. Working with duty free retailers expanding across the island isn’t a quick fix; nor is it risk free, in providing a potential one-stop shop for daigou, or proxy shopping agents that run China’s luxury grey market. But it’s a risk many brands will have to take.

“It’s nothing new,” said Fitch Solutions’ Dunlop. “Before Hainan it was Hong Kong and it already exists in Singapore. The grey market is a problem for luxury but it existed before.” What’s new are the efforts Beijing is making to concentrate sales in Hainan and digital tools being used to authenticate products. “With what we’ve seen in the past, [the government] tends to handle it pretty well.”

Will there still be a travel rebound? If so, when and where?

Yes, international luxury brands can expect a boost due to pent-up demand from Chinese visitors, but their return will happen step-by-step. “[Recovery will be] phased across different regions,” said Benjamin Vuchot, chairman and CEO of luxury travel retailer DFS Group. “Airlines are forecasting a full return to international travel in the next three to five years. When travel becomes possible, luxury will be one of the first categories to benefit.”

It’s clear that 2021 won’t be the year this happens for Europe and the US, said Mario Ortelli, managing partner of luxury advisors Ortelli & Co. Indeed, many European countries are still in the thick of lockdowns, whereas buying luxury in the US is not much cheaper than doing so in China, plus a recent spike in anti-Asian racism may deter visitors. Ortelli forecasts that 2022 will see a “significant increase” of mainlanders taking trips regionally in Asia-Pacific, followed by intercontinental trips in 2023.

When travel becomes possible, luxury will be one of the first categories to benefit.

Traditional Chinese travel hotspots that have handled the pandemic well and possess strong luxury retail channels will be at the fore. “We can imagine countries such as South Korea, Thailand, Singapore, Cambodia, Vietnam and the Special Administrative Regions of Macau and Hong Kong seeing a travel resurgence and therefore luxury and beauty products shopping revival once travel is permitted,” Martin Moodie, founder of The Moodie Davitt Report, wrote in an email. Meanwhile, DFS Group’s Vuchot predicts that first beneficiaries of a resumption in travel will also include Australia and New Zealand (the group is planning to open new stores in both Brisbane and Queenstown before the end of 2022).

The types of shoppers brands cater to will also affect the extent they experience a revenge travel boost — or not. “Once long-haul flights start again between China and Europe, the largest uplift I expect luxury brands to see is through the return of tour groups who love to visit key European cities such as Paris, Milan and London,” said AliPay’s Palmer.

Palmer expects independent travellers to bring about a subtler uptick in offline luxury sales, due in part to habits acquired over the pandemic. “This group tends to be more digital savvy and has already embraced and switched to online shopping of luxury goods.”

How significant will repatriation be? When will it take off?

Chinese shoppers used to buy the bulk of their luxury fashion abroad. But even before Covid-19 hit, it was clear that purchases happening in China would ultimately drive growth for fashion houses. Bain data forecasts that by 2025, Chinese shoppers will represent 50 percent of the luxury market and of that, half will be purchased at home.

Looking ahead, the consensus suggests that “at least 70 percent of Chinese luxury shopping will be conducted within China post-pandemic, roughly double the pre-crisis share,” said Moodie.

Repatriation of growth began around two years before the pandemic hit, noted Rambourg, and follows similar shifts that took place in Japan and South Korea years ago. Like many things, the crisis accelerated this shift, largely owing to Beijing’s concerted efforts to focus on domestic consumption under President Xi Jinping’s five-year plan.

The country’s five-day labour day holiday beginning May 1 will kick off a nationwide month-long spending campaign, including a new consumer goods expo running in Hainan from May 7-10. Even cities outside Hainan, like Shanghai and Chongqing, are attracting a slew of duty free stores. As the world reopens, Rambourg foresees a 50-50 split between Chinese overseas spending and domestic consumption before the latter gradually gains ground. Fitch Solutions’ Dunlop forecasts this revenge travel period will last between six months and a year; contrastingly AliPay’s Palmer expects the uplift to continue for many years due to the growth of China’s middle class, before the scale rebalances in favour of domestic sales.

But that’s not to say that major luxury tourism hubs will stop driving sales long-term. “The offline experience of shopping in cities such as Paris will always remain popular due to the entire experience of holiday shopping in such a unique destination,” said AliPay’s Palmer. Moreover, Rambourg notes that at around 14 percent, China’s passport penetration rate remains low, meaning many Chinese will be keen to travel abroad for the first time when the world reopens.

How can brands prepare for these shifts?

Adopt a two-pronged approach. “Customers will want the convenience and accessibility of being able to shop in mainland China, while having the option to also visit those stores in their flagship locations or overseas destinations, to have the experience of buying a ‘made in France’ or ‘made in Italy’ product,” said Vuchot. At DFS’ new soon-to-open store in Paris, the space will focus on storytelling and communicating brand heritage to shoppers.

Use digital more wisely. Though brands and retailers should be brainstorming ways to make their offline stores more attractive, “it’s not a zero-sum game,” said Fitch Solution’s Ng. From launching and digitally marketing in-store only exclusives, to using digital platforms to gamify product launches, to strengthening clienteling solutions for Chinese visitors abroad through apps like WeChat, brands should look to improve the consistency of their global retail experience.

Be agile about duty free. Hainan’s impressive ascent makes it hard to ignore, but brands can’t go in blind. “Plan carefully when expanding your retail footprint in order to not create repercussions on brand positioning due to the grey market,” said Ortelli, referring to the risk of rise of daigou sellers in Hainan. Given the impact and rate at which regulations are changing, companies need to closely monitor new rules and how they’re being enforced. For those that do pursue Hainan, focusing on merchandising, training and service while avoiding excessive discounting should be priorities, said Moodie.

Focus on locals. As Chinese spending gradually reshores after an overseas sales boom, local shoppers should become become brands’ focal points. “Consider the tourists the cherry on the cake,” said Rambourg, who recommends brands use current circumstances as an opportunity to refine their CRM, data and relationship management. “Try to try to connect [more] with local consumers because this will happen again for other reasons, whether it’s a pandemic, whether it’s tensions between countries … you cannot bet on travellers. It’s not within your control.”