LONDON, United Kingdom — There are two ways in which a fashion magazine can be successful: either by featuring clothes with which the reader can identify or by stimulating the reader’s imagination. It is the old tussle between commerciality and creativity. Except, of course, it isn’t a tussle that existed before fashion magazines became mass market and needed to chase and keep readers who, for most of the twentieth century, never even opened a ‘glossy’ magazine, which until the fifties was still a very exclusive and small circulation type of publication.

The effects of commercialisation can be seen very clearly in Vogue: The Covers (Abrams), which is a visual threnody for subtleties lost. The change happened comparatively quickly in the sixties when the clothes and the elegance they epitomised gently morphed into the woman — and normally the famous and easily recognised woman — as the face became the selling point: a clear indication of the power of the cosmetics industry over magazine publishers. The battle between clothes and make-up was largely over by the end of the decade as flawless faces and worryingly perfect teeth, seen through slightly parted lips in order to emphasise the lipstick shade, routed the clothes which had dominated the previous three decades.

Memorable images of high fashion were no longer required. The fact that none of the subsequent faces remains in the memory for even the month of the magazine’s life is symptomatic of the change. Readers were not expected to recall the face. It was the shout-lines that gave the message, then as now. This book is a classic primer of the effects of chasing a mass market. I don’t think I am alone in finding the seventies and eighties the rock bottom and subsequent decades, dominated by Hollywood stars, only marginally better. This book is a cautionary cavalcade of the rise, fall and slight recovery of Vogue covers and, as such, is an elegant record of our changing tastes and needs. 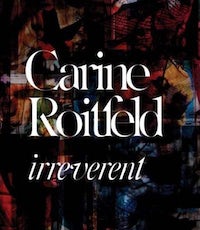 But, of course, creativity still exists in magazines and it is at its best with maverick editors who keep their artistic integrity by making their publication a personal diary of their obsessions, dreams and intellectual beliefs. Carine Roitfeld’s Irreverent (Rizzoli) is the perfect example of the genre, almost perversely personal and even private, giving the reader the sensation of looking in her knicker drawer. In her years as editor of French Vogue, Roitfeld’s very Gallic aesthetic — with a little Russian from her ancestors — created an instantly recognisable style that has been dubbed ‘porno-chic’ and has influenced not only every young stylist under the sun but also how even designers actually think. Roitfeld’s youthful iconoclasm is about cultural freedom to delight through shocking. I am sure that if Cocteau, Berard and even Beaton were alive today it would be Roitfeld’s Vogue that they would devour each month and fight to work for. This amazing woman is the only modern editor who would excite the doyenne who single-handedly pushed back the barriers to enable the sort of shocking, thrilling and entertaining pages that make this book so exhilarating.

I’m talking, of course, about Diana Vreeland, whom I knew and used to visit in the late seventies, in her tiny scarlet apartment on Park Avenue. The most original thinker and memorable verbaliser I have ever met, Vreeland was illuminated — as is Roitfeld — by the sheer power of her imagination and enthusiasm. She is a legend. Everyone who knew her has Vreeland stories because everything she said was arresting, even at its most extreme, shot through with the ability to get to the essence of everything, but above all, dress. So, it is good to have a reissue of Eleanor Dwight’s convincing biography, Diana Vreeland (Harper Design) joining a new anecdotal volume Diana Vreeland: The Eye Has To Travel (Abrams) which is high on pictures but low on analysis. For the growing army of Vreeland fans who are under 30 and realise she was even younger and bolder than they are, both books are essential, not only because they are ‘gala’, to use one of her highest terms of praise, but for the pure panache of her personality that comes shimmering off every page. She is in a class of her own. 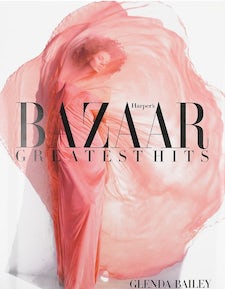 But one who comes close is Glenda Bailey, who has lead Harper’s Bazaar for ten years with much of the bold aplomb that Vreeland brought to editing. She has given us amazing stories — witty, bold and often slyly debunking of the more extreme reaches of fashion’s unrealities. But, make no mistake, Bailey is besotted by the magic and mystery of the fashion world and the enthusiasm I knew and loved years ago when she first hit London are as fresh and undimmed today, as Harper's Bazaar Greatest Hits (Abrams) admirably demonstrates. Here are The Simpsons doing the Paris shows; Marc Jacobs playing many parts — mainly naked; Jean Paul Gaultier as a nun and many other visual extravagances dreamt up by Bailey and her inspired artistic director, Stephen Gan, whose boldness matches her own. Their covers are exceptional for their elegant understatement but they certainly give full, rip-roaring scope to their imaginations on the editorial pages.

From Fifth to Seventh Avenue every American in the clothes business has reason to bless Eleanor Lambert, the woman who made American fashion a major player in the world, helped to launch such giants as Lauren, Klein and Halston and even managed to make the French designers sit up and take notice with her famous joint fashion show featuring American designers on the same runway as the French in Versailles in 1973. Eleanor, whom I knew when she was very old (she lived to be a hundred), was full of energy and determination, possibly inherited from her family who were circus folk, plus the imagination to know what was needed next long before anybody else did. In Eleanor Lambert: Still Here (Pointed Leaf Press), she emerges as the Calamity Jane of New York fashion, lassoing and branding all the talents that her shrewd eye was attracted to and promoting them with her incredible vigour. But she did more. Without her there would be no CFDA. It was she who came up with ‘The Best Dressed List’ to stimulate interest in clothes and keep sales figures climbing. And, above all, she was the earth mother of fashion PR. A copy of this revealing book should be in every fashion office, from the editor’s to the CEO’s, and on the shelves of every fashion college library.

Fashion has become the lingua franca of the world. It now affects virtually every aspect of creative life, certainly in the West, and is increasingly the thing that binds disparate disciplines together to give them a ‘cool’ credibility. Nowhere is this more apparent than in architecture, a discipline that influences fashion and is, in turn, influenced by it. So it is good to see this ever-closer link captured in a book that looks at how one of the major fashion brands, Louis Vuitton, uses many of the world’s most prominent architects and designers to create its flagship stores across the globe. Louis Vuitton Architecture and Interiors (Rizzoli) provides a stunning record of high imagination, apparently cavalier disregard for cost and, as the end product, some of the most exciting retail spaces in existence today. As most fashionistas know, the presiding genius is the architect Peter Marino, a man who, along with the Louis Vuitton project designers, has been responsible for incredible shops from Tokyo to Macao, Paris to New York. The photographs in this book are stunning but, unlike most fashion-related books, this is a text to read. Illuminating and inspiring.

Equally illuminating is Gucci: The Making Of (Rizzoli). Not another Gucci book, you may say. But this one is different. Without sacrificing in any way the glamour of this most frequently re-invented label, it gives us the low-down on the business and even the internecine struggles of the original Gucci family: betrayals and violent quarrels, including fraternal murder. It is all here, elegantly packaged in the way we expect of one of Italy’s great labels but by no means relying solely on the quality of the pictures. This is another book where the writing is as important as the images. The contents are split into 48 sections — this is a lofty tome by any standards — 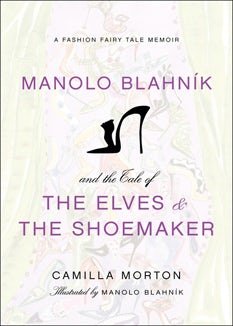 that cover every aspect of the company’s history, developments and products, from CEOs, customers and social networks to perfumes, lifestyle and, of course, the loafers and bags. It is sufficiently comprehensive that a new Gucci book will not be needed for many years to come. Publishers, please take note!

And so, finally, to an amuse bouche for Christmas morning. The Elves and the Shoe-Maker (It Books – HarperCollins) is the story — or ‘fashion fairy tale memoir’ — of Manolo Blahnik, told by Camilla Morton and illustrated by the subject himself. Light as air, winningly expressed, this book is fun, not only for Manolo’s many drawings but also for the way it captures the sophisticated whimsy of this most elegant of all the world’s shoemakers. It is so good-humoured that it is the one to bury your head in whilst waiting for Christmas dinner. It will make aunt Edna’s moans about feeling hungry and uncle Joe’s spectacular downing of glass after glass of your best claret hardly seem irritating at all. Happy Christmas!

Colin McDowell is a contributing editor at The Business of Fashion