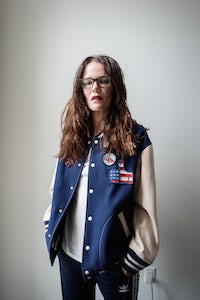 NEW YORK, United States — For a top casting director, Anita Bitton is unusually humble. She’s industry-famous for her sharp eye in finding talent for the fashion shows and advertising campaigns of powerhouse labels like Marc Jacobs, Miu Miu and Dior. And although she recently stopped working with Alexander Wang, Bitton has been critical in helping shape the brand's image for 11 years. But the avid researcher, who certainly isn’t short on ideas and opinions, invariably underplays her contribution. “I’ve read a lot of things that people say when doing this job — ‘I’ or ‘me’ — but there’s not a lot of me here,” she insists.

Bitton, 43, is the founder and creative director of her New York-based agency Establishment Casting Inc. “We provide a stable, organised foundation for designers to be able to go off on any direction they need to and whatever they want will be accommodated. We can get the best of whatever that is,” she explains. “I just don’t think I could ever go and say, ‘Oh I’m responsible for that,’ because there’s such a big group of people involved.” 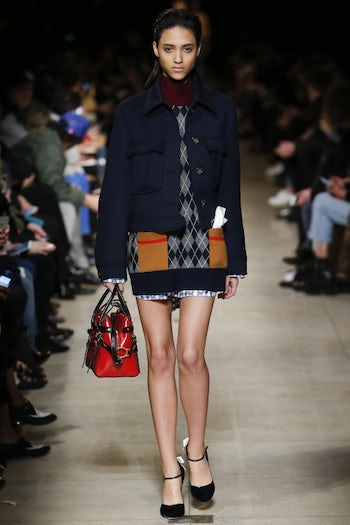 Bitton’s collaborative, service-led approach was critical to the rise that began in her hometown of London. From 1982 to 1986, she was a model. “I always turned up covered in bruises because I played some soccer,” she recalls. Later, targeting British style bible i-D, she “would just show up and work” until she was hired, eventually becoming an assistant to the stylist Edward Enninful. At i-D, Bitton was surrounded by creative talents like photographer Wolfgang Tillmans and learned “how to make something out of nothing.”

“But the biggest lesson I learned [was] at TGIFridays,” says Bitton, who was a waitress at the American restaurant chain’s Covent Garden location after leaving the i-D offices at night. “You gotta be flexible, and you gotta give people options, you always have to listen. Everybody has to feel like they’re being heard. You have to give people attention. They have to know that their needs are being met,” she explains.

In August of 1993, Bitton left London for New York. Starworks co-founder Alana Varel, who she met through Greg Payne (a Johnny Depp look-alike who was a top model in the late ‘90s), recommended her for an assistant job at Next Models and she was eventually hired by Faith Kates and Joel Wilkenfeld, the agency’s owners. Although working at a modelling agency, which paid very little, didn’t initially excite her, simply being in New York City was a big enough perk by itself.

"I literally starved for the first 3 years of my existence here. But it was just a phenomenal time to be here. And the job ended up being super fun. I loved managing models,” says Bitton. Eventually, she was promoted to the role of model agent, but soon left Next for Ford Models, working mainly with editorial projects, before becoming a casting director for Kevin Krier & Associates, a fashion show production company with clients including Tom Ford-era Gucci and Yves Saint Laurent. “There was so much opportunity. I remember being like, ‘I don’t wanna do this anymore, I wanna do that’ and the next minute there was that opportunity. I never struggled for the connect. I was always driven,” says Bitton.

At the end of 2001, Bitton struck out on her own. “I just knew that I was useless working for people, for strong personalities,” says Bitton, who admits to having problems with authority. In her early days, John Pfeiffer, now a prominent casting director, and Chris Gay, the agent who discovered Liu Wen, helped Bitton get her first big-name fashion client: DKNY. “It was part of the reason that I had to start hiring people, which was why I had to incorporate [as a casting agency],” says Bitton, four years into freelance work.

Bitton has also amassed an impressive 34 pages of credits on Models.com. But she’s not after quantity. “We don’t take so much new business. A lot of our clients we’ve worked with for many years,” says Bitton, who cites mutual trust as an essential part of a fruitful partnership. “If you don’t trust somebody, you’re constantly going to question them. 'Why that? What’s that?' But when you have a history with people, it creates that sense of security.”

Bitton also believes "it's important to establish loyalty between clients and talent" so a model can become part of a brand's signature. For example, Anna Ewers, the German model du jour, was discovered by Alexander Wang and has since been cast by Bitton in every one of the designer's shows. “Anna Ewers’ first show was for [Wang’s] first Balenciaga collection. And then she did a fragrance campaign,” recalls Bitton, who also cites Lexi Boling, Vanessa Moody and Hanne Gaby Odiele as models with longstanding relationships with Wang.

Marc Jacobs, too, has these kinds of enduring relationships with models and muses like Jamie Bochert, Natalie Westling and Esmeralda Seay Reynolds. “It helps to define brands and gives customers something to attach themselves to because they know who the talents are,” says Bitton. “We all like familiarity. We are safe in the familiar, but you have to make it your own.”

Though their professional relationship was recently terminated, Bitton calls her work for Alexander Wang “a true collaboration,” adding: “Alex is very convinced about who he is. He has a very clear direction. We were really a sounding board and a platform for him to make sense of his vision."

"The Alexander Wang company will be forever embedded in the work we do at Establishment," says Bitton. "These are the [kind of] journeys we are building with our partners and clients alike and have been fortunate to have been an integral part of such a successful machine." 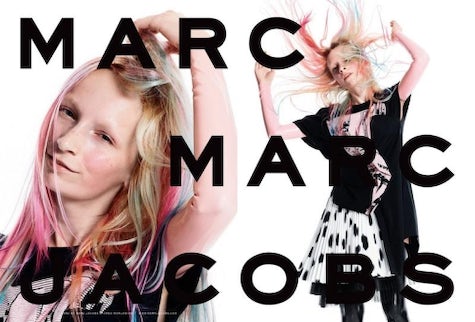 Bitton, who has a marketing degree from Leeds University, isn’t opposed to crowdsourcing talent on social media. “Get them involved in the marketing plan and outreach,” she advises, citing the Marc by Marc Jacobs campaigns for Autumn 2014 and Spring 2015, which were cast from an open call where anyone could upload their pictures to Instagram using the hashtag #castmemarc. The first open call attracted over 70,000 submissions. “It did bring us to that place where I was saying listen to what they have to say because they all have ideas... Marc just tapped into that and it gave us so much insight into the world right now.”

"The business of fashion is overwhelmed," continues Bitton. "Brands are forced to produce and package multiple seasons. They're looking to attach themselves to an identity that is recognisable on many platforms. The stakes are higher, and the demand for content is driving the demand for more talent."

Looking back on her rise to the top of her field, Bitton says: “There has to be a fire in your belly about what you’re doing. And, you have to be unapologetic about where you’re going with it.”

But most of all, she adds, “authenticity is a requirement, because there are just so many people vying for the same thing and you have to stand out — not by dressing a certain way but by building your own body of research and being a creative thinker.”