As an artist and fashion photographer, Chen Man has built up an oeuvre best known for its high-impact, unapologetic transgression of China’s cultural boundaries.

As an artist and fashion photographer, Chen Man has built up an oeuvre best known for its high-impact, unapologetic transgression of China’s cultural boundaries.

BEIJING, China — It’s not often that photographers appear in front of the camera lens, let alone on the cover of a magazine. But Chen Man, who posed scantily clad in black lingerie on the cover of FHM China last August, is more than a photographer. In her native China, she is something of a celebrity.

Yet it’s her work which set the foundations of her fame and earned her a reputation as the “Mario Testino of China.” Indeed, since being discovered by Chinese makeup artist Tony Li, in 2003, Man, has built up an oeuvre best known for its bold, luxurious colours and high-impact, unapologetic transgression of China’s traditional cultural boundaries.

Blending East and West, Chen’s digitally mastered images follow the arc of a fast modernising China and its evolving ideals about beauty, luxury, consumption and culture, often revealing a country that is rediscovering its heritage in the face of rapid economic growth and globalisation. 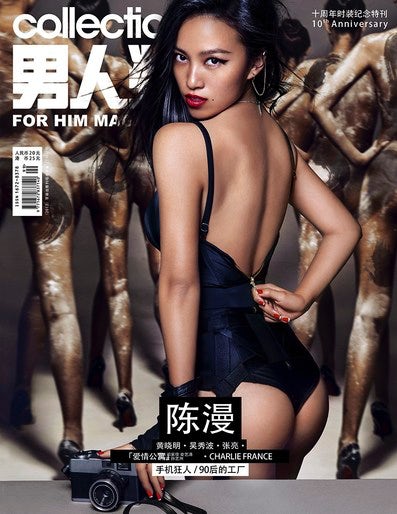 Some of her best-known work includes ‘Skateboard Girls’ (2007), featuring nudes alongside regular street girls, and ‘Long Live China’ (2009-10), where models pose against backdrops of cultural landmarks. ‘Funky Great Wall’ (2007), which depicted unlikely model Lv Yan (dubbed in her homeland as "the ugly duckling" for her flat nose, small eyes and freckles) posing on the Great Wall, gained notoriety for juxtaposing the worlds of Western fashion and ancient Chinese culture.

“People have this misconception that [the Chinese] have replicated what we think is the Western world, but the Chinese fashion industry is awakening to its own identity nowadays,” said 34-year-old Man, who now boasts an impressive list of commercial clients, including Nike, L’Oreal, Dior, Coach, Mercedes Benz and MAC. She has also shot editorial for titles like Vision (a Chinese avant-garde fashion and lifestyle magazine, where she got her start) as well as Elle, Harper’s Bazaar, Vogue and i-D.

Man’s photography for i-D’s ‘Whatever the Weather’ issue, widely hailed as one of the most creative and progressive photo-stories of 2012, featured a group of ordinary Tibetan teenagers in lieu of traditional models. For her piece entitled ‘China 12 Colours’ (2011), also for i-D, she shot stunning portraits of twelve girls from China’s ethnic minority tribes, challenging the traditional perceptions of beauty in China. She has also shot images that explore topics such as environmental protection and Buddhism.

“China features an implicit culture where collectivity outweighs individuality. I was criticised for showing Vogue the ‘unsafe’ rustic part of China, which Chinese people would normally avoid. I’m open to such controversies. The most encouraging thing about China is that we’re a vast country with enormous possibilities and rich diversity,” said Man. 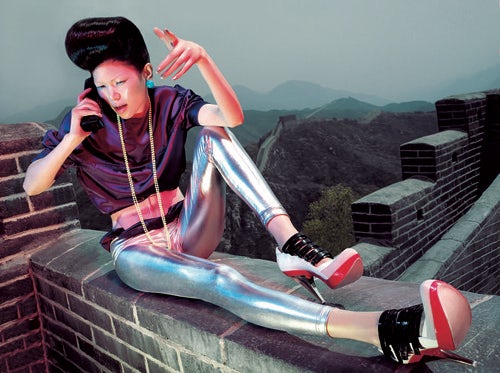 Man was born in the 1980s, as China was in the process of instituting economic reform and opening up to the West, which had a profound impact on her work and outlook on life. “We’re a generation that witnessed reform, a generation that’s now witnessing the material dream coming true. What influences me most is this reality. I want to create a visual elaboration of traditional Chinese culture from this perspective,” she said.

Starting in childhood, Man took a serious interest in painting and drawing, becoming particularly passionate about Chinese painting and calligraphy. She enrolled at the Central Academy of Drama and then the Central Academy of Fine Arts in Beijing. “The schools taught classic drawing and sculpting techniques, but I never thought of becoming a photographer,”said Man. “At the beginning of my career, I worked as a graphic designer to make a living. Back in those days, an artist wasn’t an ideal profession for making money.”

Yet during her studies, Man began to dabble in fashion photography, unearthing a talent that would later make her a pioneer. “When I switched to taking photographs, all the art foundation [courses] and professional training [I had previously] made it simple,” she said. 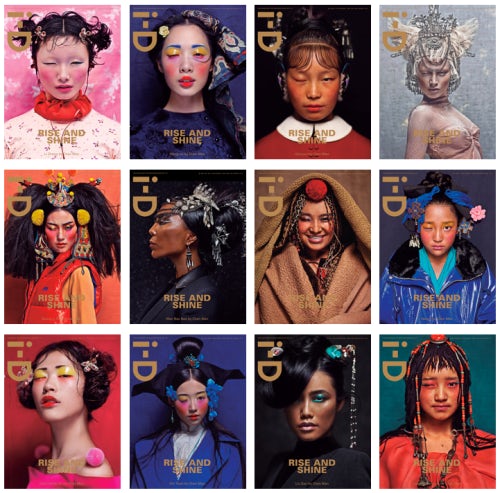 Before graduating from art school, Man had already shot several editorials for Vision. They were bold, colour-saturated portraits inspired by her background in painting. One of the most evocative images from what she refers to as the first “phase” of her career is ‘The Astronaut,’which features a woman trapped in a glass bubble with a single tear running down her cheek. The image is now part of the permanent collection of London’s Victoria & Albert Museum.

“My task is to acquire, integrate and communicate information. [My style] is both Eastern and Western, both mainstream and non-mainstream, extending from the past, the present to the future, with vulgarity and elegance. It’s about creating a modern visual language that everyone can understand,” said Man, whose body of work has seen her redefined as an ‘artist’ rather than a ‘photographer,’ something that took her time to come to terms with.

“Photographers accuse my photos of being too much like painted work, while artists shut me out because my work appears in fashion magazines. It was only when the Beijing Today Art Museum and Shanghai Contemporary Art Museum invited me to exhibit my work, people started to learn about the ‘artist’ part of me,” explained Man, who has regularly exhibited her work around the world in places like Los Angeles, Singapore, Tokyo, Paris and Miami, as well as her native Beijing. 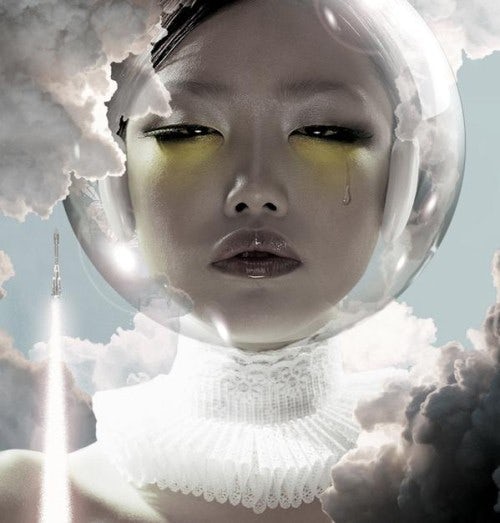 Later this year, Man is set to unveil her first solo exhibition in China, showcasing her work alongside traditional Chinese paintings at the Imperial Ancestral Temple in the Forbidden City. She will also launch her first interactive movie, entitled ‘Yin Guo’ and featuring 20 celebrities, including Sophie Marceau and Fan Bingbing, who share inspirational stories both in the film and online across Weibo. Chen calls it a public welfare project and hopes she will inspire others to share their dreams and thoughts.

“My biggest challenges come from within; I never compare myself to anyone. If anyone tries to limit my boundaries with rules or standards, it would be too difficult. The so-called ‘challenges’ to me, I think, are staying true to myself,” reflected Man.“Sometimes, I’d suddenly wake up from dozens of commercial [projects] and ask myself ‘what am I doing?’ It feels like a waste of time. I can’t seem to express my deepest feelings and thoughts and I can’t help but to question myself. There’s always an endless number of things to do, but what I really want is to spend my time where fashion can’t take me.”