With a solo exhibition set to launch at London's Somerset House, the legendary hair stylist Sam McKnight opens up about Karl Lagerfeld, Princess Diana and the future of fashion.

With a solo exhibition set to launch at London's Somerset House, the legendary hair stylist Sam McKnight opens up about Karl Lagerfeld, Princess Diana and the future of fashion.

LONDON, United Kingdom — “Yesterday, on a shoot for a client, more emphasis was put on the video shoot, the social media content, than the actual campaign. It’s going to tip soon, into it all being the same thing,” says Sam McKnight, his easy conversational patter becoming reflective for a moment. The shift in tone is more perceptible in McKnight because he is typically upbeat and funny. Despite being one of fashion’s most in-demand session stylists, the Scot does not take himself too seriously. From sharing images of himself in a Chanel show wig, to posing in a crown of flowers picked from his Instagram-famous garden, McKnight’s bonhomie is out there for all to see.

But in the lead up to his first exhibition, opening at Somerset House on November 2nd, and the publication of an accompanying book, “Hair by Sam McKnight,” by Rizzoli, McKnight is in a retrospective mood. Given how busy he still is, he is insistent that the book and exhibition are not a swan song, but there is plenty to reflect on.

“The way things have developed, [the industry] moved so fast that we have dropped a lot of things that we ought to go back to,” McKnight explains. “A lot of the images in the book are amazing, and a lot of the stuff now is pretty forgettable — everything is so disposable. It will be interesting to see what comes next because it can’t continue like this. It is going to eat itself up. It is doing that as we speak.”

McKnight is the first to admit that he may be wearing rose tinted glasses when he looks back to a less disposable time. But his near-50 years at the centre of fashion make him highly qualified to comment on how the industry is evolving. McKnight was one of the first stylists to make a living purely from working on shoots. “[Back in the 1980s] we kind of invented the modern fashion industry,” he says. “I don’t think anyone ever imagined they were inventing something. We were just doing a job and it was a progression. It’s our baby and we’ve grown up together. It’s amazing.”

I think I’m still doing the exactly the same sort of stuff with the hair, it’s the blueprint [of a shoot] that is changing.

Having moved from “a cold village in Scotland” in 1977, McKnight began his fashion career with a job at the Molton Brown salon on London’s South Molton Street. At the time, in the late 1970s, Molton Brown was the go-to salon for British Vogue editors, who would hire its stylists to work on their photo shoots on an ad hoc basis. Over the ensuing years, and following a move to New York in the early 1980s where he was championed by Liz Tilberis and Anna Wintour, McKnight would work with the world’s greatest photographers, from Richard Avedon, David Bailey and Irving Penn, to Mario Testino, Nick Knight and Patrick Demarchelier. 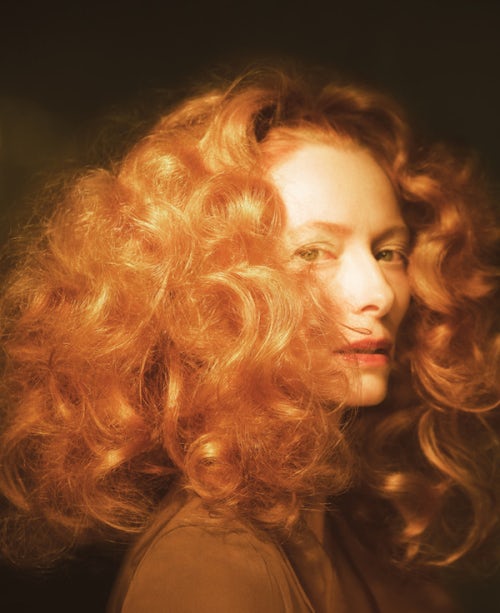 “I still do some editorial. I love the social thing of it and I love creating images,” he says. “I was on a shoot yesterday and it was fantastic. We were talking about how we love the adrenaline of the shows, the calm of a shoot.”

For the Spring/Summer 2017 season McKnight designed and directed the hair at 12 shows, including Chanel, Balmain, Burberry, Dries Van Noten, Fendi and Tom Ford. It is his work for Chanel, however, that has dominated his calendar for the past decade. “We do six campaigns and six shows a year,” he explains. “And they’re usually long trips to Singapore or Cuba. And Chanel has all the bag campaigns too. So, that’s a big chunk. But that’s great. Karl is amazing.”

It is surprising then, that one of the most exceptional periods of McKnight’s career stands apart from his work within the fashion industry.

Following an introduction in 1990 by Patrick Demarchelier on a shoot, McKnight began to work closely with the late Princess of Wales. On their first meeting, McKnight cut the princess’s hair into her now-iconic gamine crop. The pair developed an immediate and lasting bond.

“It was a once in a universe experience,” McKnight recalls. “I am so glad that I grasped it and ran with it. Visiting refugee camps in Afghanistan, going to the Taj Mahal when they had closed it for us … I could’ve easily said I was too busy in Paris doing couture. I almost did a few times. But you have to respect people letting you into their world. It’s a big thing to have developed trust and a trusting relationship.”

Today, that loyalty has created a surprising dichotomy in McKnight’s career. On the one hand, he continues to work with the same collaborators he has for decades, while, on the other hand, the industry is changing beyond recognition, thanks to the rise of digital and social media. “The main difference is the reach [of the work] due to the internet, and the commercial pressures on it now. It’s not just about a creative photoshoot. It’s a business of fashion, I guess,” McKnight says. “The video cameras, social media, Instagram models, the models cycling through so much quicker, backstage shots becoming so important, hair and makeup people in hair and makeup because of backstage shots — simply the amount of people on set.”

It will be interesting to see what comes next because it can’t continue like this. Fashion is going to eat itself up. It is doing that as we speak.

Despite the transient nature of fashion, it is the context of McKnight’s work, not the work itself that is changing, he says. “I think I’m still doing the exactly the same sort of stuff with the hair, it’s the blueprint [of a shoot] that is changing,” he explains. As a creative who appreciates “the genius of the mistake,” McKnight’s working process is relaxed and spontaneous. 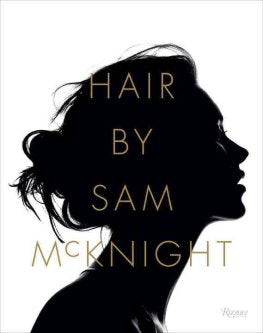 “I don’t like research. I like to see things happen on the day. Ditch the references, and just make things happen from our heads — a bit more spontaneous and a bit more instinctive,” he says. “I’m quite happy to prep it a little bit, let the makeup take shape, let the styling take shape, and work with it on set. I have always worked really fast.”

Thanks to significant technological advancement in the styling products and tools that he uses, today McKnight is able to work even quicker. “Today we can easily do 10 looks in a day,” he says.

The ability to coordinate his aesthetic with other leading creative professionals is a fundamental aspect of his role. “The whole shoot may be hinged on the hair or the makeup — sometimes it’s both — but rarely,” he says. “But it’s always a group effort, especially with so many people involved now. It doesn’t matter what happens in the dressing room, it’s what happens out on set. It’s the light. The model. All of us.”

Leafing through his book, that attitude emanates from the work McKnight has created — a sense of fun and of family. Perhaps that is why his career has had such longevity — his natural touch. That of a gardener, managing the foibles and quirks of living things as he teases out their beauty.