Fashion executives are rightfully obsessed with the Millennial and Gen-Z consumers upon whom the industry’s very future depends. Who are they and how can we reach them? 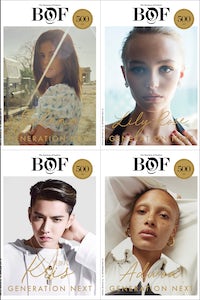 Fashion executives are rightfully obsessed with the Millennial and Gen-Z consumers upon whom the industry’s very future depends. Who are they and how can we reach them?

The Business of Fashion is proud to present the 2017 edition of the #BoF500 in partnership with Target.

LONDON, United Kingdom — There is perhaps no greater obsession for luxury and fashion executives right now than the Millennial and Gen-Z consumers upon whom the industry’s very future depends. Whereas previous generations were more likely to value traditional displays of social status through the accumulation of objects, Generation Next, as we are calling them, are wired differently. Rather than stuff, they want experiences. Rather than extravagance, they seek authenticity. And rather than hierarchy, they value community.

Our latest special print edition — available for pre-order now and in stores around the world beginning September 18 — is our guide to Generation Next, a cohort that’s set to become a powerful driver of consumer culture expected to account for 45 percent of the global market for personal luxury goods by 2025, according to Bain & Company. 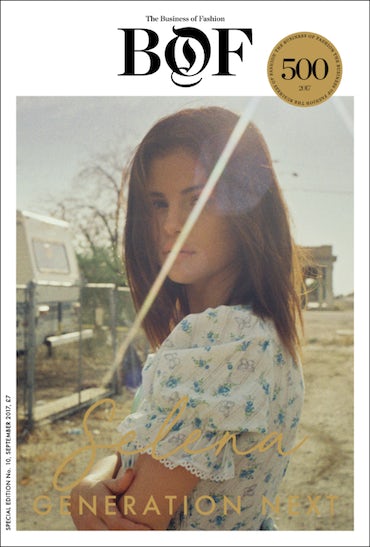 Some companies are already cashing in — big time. Kering’s chairman and chief executive François-Henri Pinault has credited the conglomerate’s recent blockbuster financial performance to its resonance with Millennials. “Gucci is [making] 50 percent of all sales to these people… [at] Saint Laurent 65 percent of the turnover is made with Millennials,” he told CNBC in July. The results speak for themselves: Gucci reported a 43.4 percent year-on-year jump in comparable revenue for the first half of 2017; Saint Laurent grew by 28.5 percent.

So, what are young people really looking for from the fashion industry? In a survey conducted in July by Galore in association with BoF, 769 primarily female Gen-Z and Millennial consumers in the US, aged 13-34, gave us some interesting insight. Seventy-four percent of respondents said they’d rather spend money on a great experience than luxury goods. And on a scale of hotness from 0 to 4, only Chanel, Saint Laurent, Gucci and Dior scored over 3.0 — respectable, but far from impressive. Coach, Ferragamo and Burberry came in at the bottom of the heap. 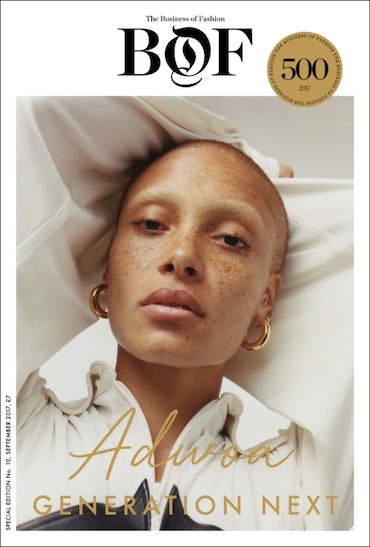 Yet there are clearly some challenges for fashion and luxury brands aiming to connect with Generation Next. So, we have some amazing stories to tell. Everyone featured in this issue is 30 years of age or younger or is connecting successfully with people under 30 — often both.

Which brings me to our four cover stars: Selena Gomez, Adwoa Aboah, Lily-Rose Depp and Kris Wu. Each has that special something that makes them irresistible to Generation Next. And each has built long-term partnerships with major global fashion brands — including Coach, Chanel and Burberry — aiming to connect with the enormous communities of young people these influencers have attracted on social media platforms, from Facebook and Instagram to Weibo and WeChat.

The single most followed person on Instagram is 25-year-old pop superstar Selena Gomez, who started her career at the age of seven on “Barney & Friends” and matriculated from the Disney school of professional entertainment. Today, Gomez has connected with hundreds of millions of people with the kind of authenticity and vulnerability that was unheard of amongst my own childhood heroes. I caught up with Selena via Facetime, naturally, and got a glimpse inside her fascinating millennial mind.

Rather than stuff, they want experiences. Rather than extravagance, they seek authenticity. And rather than hierarchy, they value community. 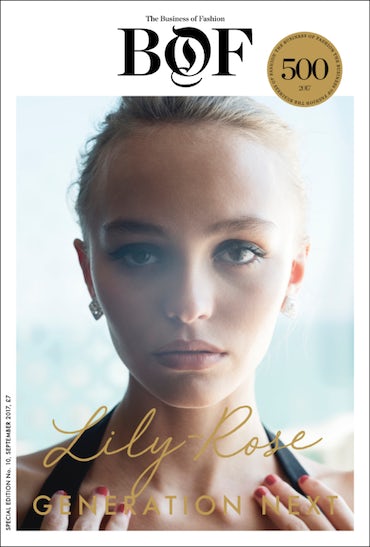 Like Selena, 25-year-old British model and activist Adwoa Aboah has struggled with mental health issues. Gurls Talk — a community she launched and devoted to young women facing depression, addiction and issues with body image and sexuality — has drawn a following of like-minded young women looking to own their personal narratives. Her conversation with Tim Blanks is at once harrowing and inspiring.

And then there is 18-year-old Lily-Rose Depp, who, as the child of Vanessa Paradis and Johnny Depp, was probably always destined to become a face of Chanel. As Bruno Pavlovsky, the brand’s president of fashion reveals to Lauren Sherman, Chanel has been talking to Lily-Rose since she was 10 or 11 years old. The relationship between the brand and its ambassadors — from Pharrell and Kristen Stewart to Katy Perry and Cara Delevingne — runs deep, yet in terms of actual impact on the social media conversation about Chanel, their impact is very small compared to the organic conversation fuelled by thousands of fans with far fewer followers. That is the cult of Coco.

Nowhere has the impact of digital influencers been more clear than in China, where our fourth cover star, 27-year-old Kris Wu is the biggest influencer of them all. Wu is one of China’s “triple threats” — pop music idol, movie star and fashion model — who has amassed a huge following on Weibo and WeChat where his fans track his every move. Wu’s star shines brightly outside China too, and his endorsements — with brands as wide-ranging as McDonald’s and Burberry — have a proven impact. 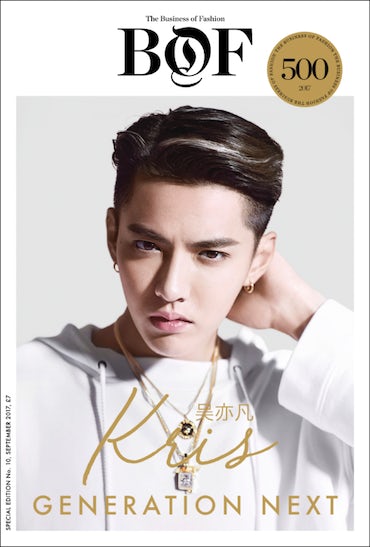 Elsewhere in the issue, another 25 year-old, Alexandre Arnault, gives his first interview on his life and work as the third child of luxury titan Bernard Arnault and co-chief executive of premium luggage brand Rimowa, LVMH’s latest acquisition. Arnault reveals that his strategy for Rimowa is inspired by a mix of what he has learned in Silicon Valley and the group’s proven approach in building global brands. Vikram Alexei Kansara and Christopher Morency also sat down with the masterminds behind the phenomenal turnaround of German sportswear giant Adidas, once a decidedly uncool brand that has tapped a strategy rooted in speed, cities and open source to win cultural cred, surpassing arch-rival Nike in the eyes of the young consumers who drive the $55 billion global sneaker market.

This issue also contains our fifth annual BoF 500, a hand-selected index of the people shaping the global fashion industry, hailing from more than 40 countries. This year, we have also added 99 fresh new names to our collection of executives, entrepreneurs and creatives to watch, many of whom are Millennials and members of Gen-Z themselves. And there’s one thing they all have in common: they are confident, creative and assured.

As they say, the kids are alright. To read the full issue, pre-order your copy of the 5th annual #BoF500 print edition featuring the people shaping the global fashion industry at shop.businessoffashion.com today.